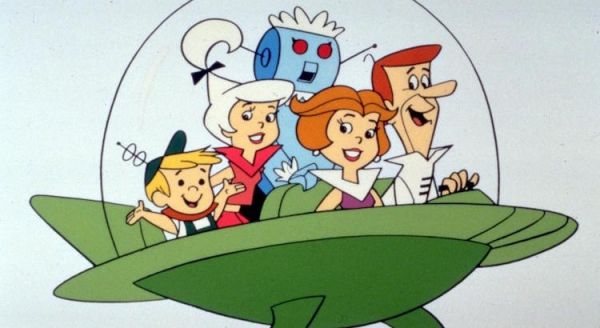 The Jetsons was an animated prime-time series that debuted in 1962, about a nuclear family living in the distant future where everything was high-tech. Despite the fact that the show is more than 50 years gone, people on the internet are arguing about the family’s backstory. George Jetson was supposedly 40 years old, and Jane was 33. And they had a teenage daughter.

If we do the math on the admittedly fictional relationship between George and Jane—specifically, when their daughter Judy was born—then Jane was just a teenager when Judy was conceived. And the seven-year age difference between George and Jane doesn’t help matters. But marrying young was less abnormal when the show premiered in 1962. In fact, the median age for marriage was at its lowest in the 1950s.

Paleofuture goes through the evidence of each character’s age in the show’s premier season, particularly the conflicting evidence of Judy Jetson’s age, and lays out the argument that George and Jane Jetson’s marriage was not particularly odd in context. If the planned live-action remake of the show ever gets off the ground, the characters’ ages will no doubt be different.