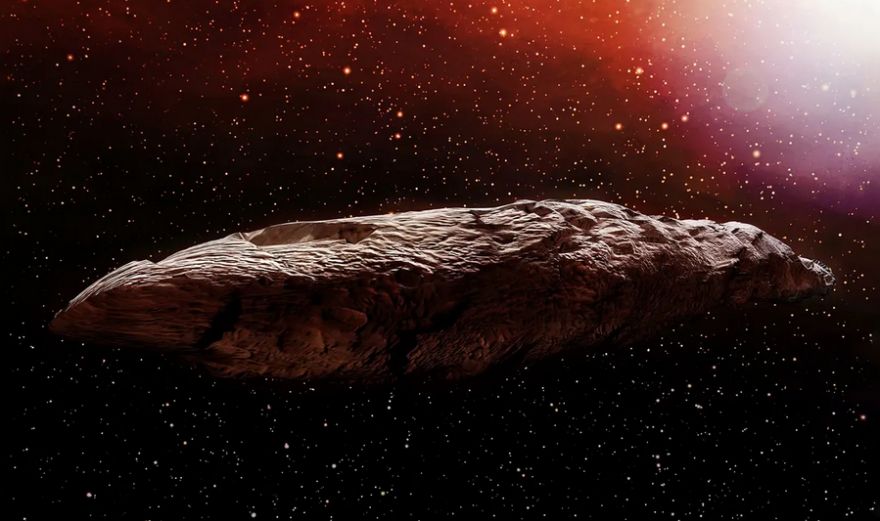 Oumuamua has been the subject of debate for astronomers for years. The cigar-shaped celestial object showed up in our sky in 2017, and was classified as an asteroid. However, some of its inexplicable properties are a source of discourse concerning its true classification. Some consider it to be an alien craft of some sort, while some hold ground that the Oumuamua is an asteroid:

Published in Journal of Geophysical Research: Planets, the researchers stated in apair of papers that ‘Oumuamua was likely a nitrogen ice ball, perhaps from a planet like Pluto yet in another solar system — not an artificially made light-sail spacecraft, comet, or interstellar ball of dust, as some researchers have previously suggested. Nitrogen, the primary component of Earth’s atmosphere, occurs primarily as a gas on our home planet; yet in very cold conditions, it can freeze and become solid or liquid. The frigid surface of Pluto, for instance, contains a substantial amount of nitrogen ice.

“This research is exciting in that we’ve probably resolved the mystery of what ‘Oumuamua is and we can reasonably identify it as a chunk of an ‘exo-Pluto,’ a Pluto-like planet in another solar system,” said Steven Desch, an astrophysicist at Arizona State University and an author of the new study, in March 2021. “Until now, we’ve had no way to know if other solar systems have Pluto-like planets, but now we have seen a chunk of one pass by Earth.”