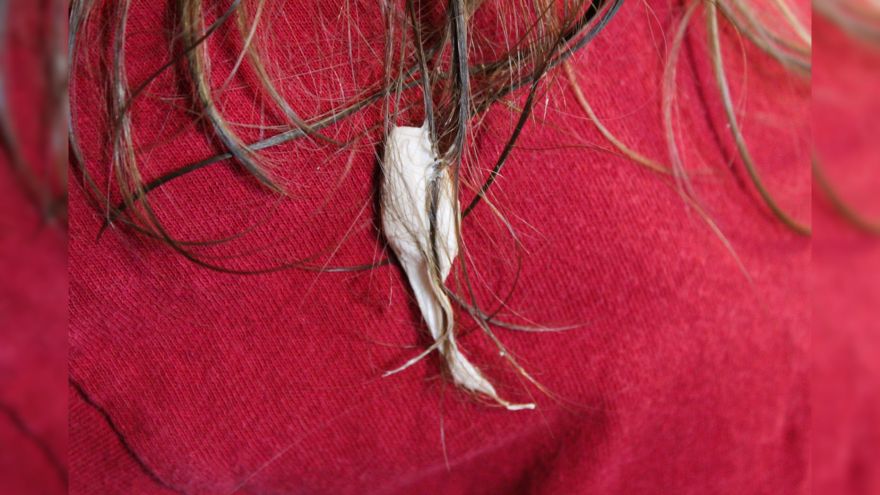 A video of a woman getting revenge on another passenger for blocking her passenger seat television went viral on the Internet. Posted on TikTok, the video features a woman’s long blonde hair covering the screen on the back of her seat. The revenge involves chewing gum,  a pair of nail clippers, and a lollipop:

Since it was posted two weeks ago, the video — which was captioned “Whose side are you on?!” — has been viewed more than 106.2 million times.

Many viewers said they sided with the vengeful passenger, noting how the woman with her hair over the television kept flipping it back.

“I fully support their actions,” one person said.

“They totally deserved that,” someone else said.

However, other viewers noted that the video was so absurd that it’s unlikely to be real.

“That HAS to be a wig and this is staged,” one commenter wrote.

Another person added: “Come on that’s a wig!!! Totally staged!!! You think after she flipped it she didn’t feel all that stuff in her hair!”

Several other viewers also said the woman would have noticed the gum and lollipop in her hair.

Do you think that the video was staged?