Gremlins are the mischievous, fictional creatures that Royal Air Force members jokingly accused of sabotaging aircraft in WWII. (In reality, their aircraft troubles simply stemmed from mechanical failures.) So perhaps it’s no surprise that DARPA’s Gremlins program, an initiative for mothership airplanes to deploy and retrieve drones in mid-flight, failed its first three trials. 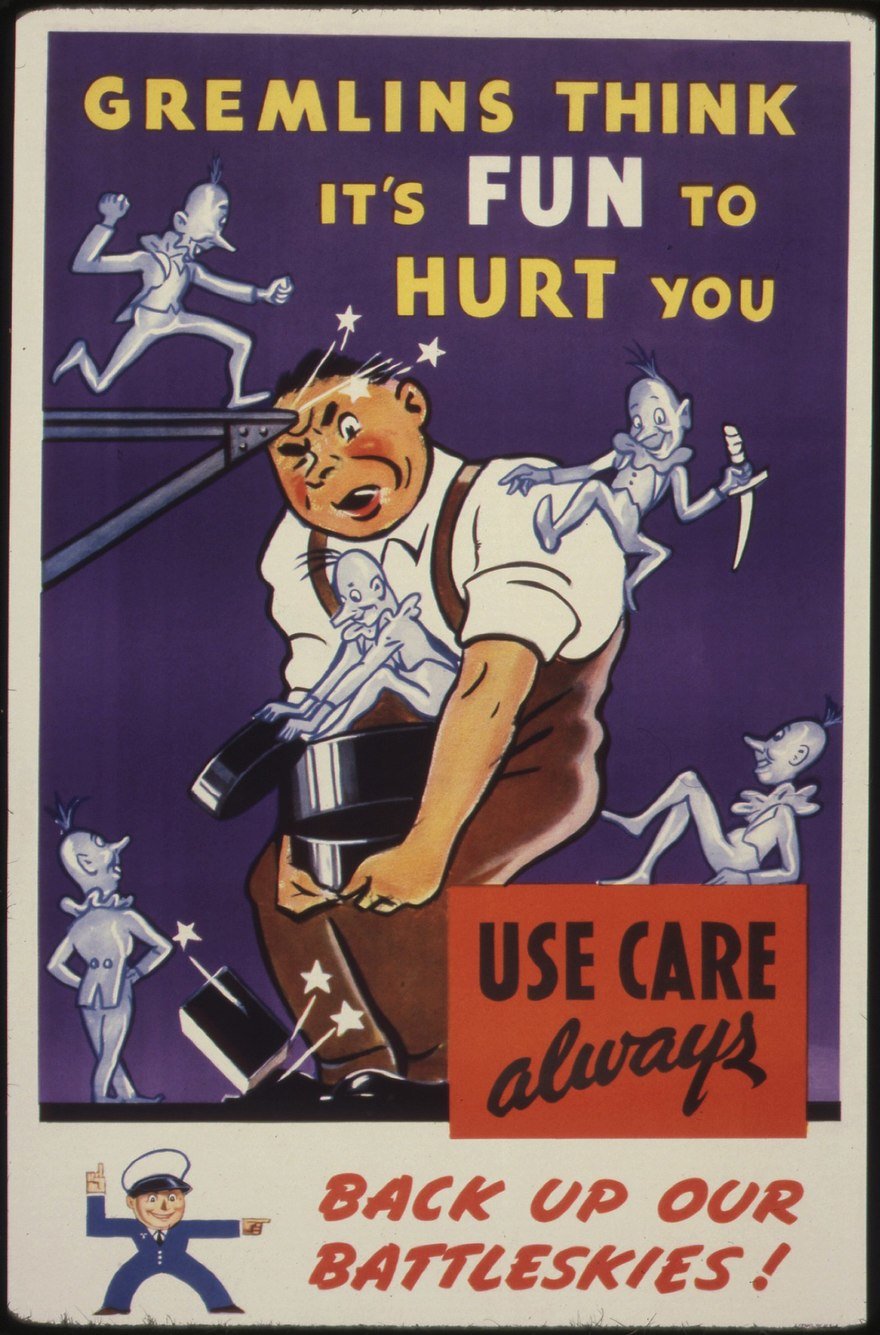 The problem has not been dropping the drones out of the planes, but getting them back inside. “Airborne recovery is complex,” says Lt. Col. Paul Calhoun, the Gremlins program manager. But this month, following the Gremlins’ fourth trial, DARPA announced they’d finally pulled it off.

A C-130 outfitted with a “docking bullet” and a pair of recovery arms managed to safely snag one of two X-61 Gremlin Air Vehicles (warning, turn your speakers down):

The other GAV used in the test “unfortunately…was destroyed during the flight tests,” so it appears the Gremlins are still living up to their name.

The Gremlins program is intended to bring about a future where C-130 can fly close to, but not within, danger zones, then deploy up to 20 Gremlins to do the dirty work. Following the mission, the Gremlins would be retrieved by the mothership and returned to base, where mechanical crew would turn them around in 24 hours.

The commercial airlines variant I’d like to see: A system where a combative passenger is duct-taped and placed inside a drone, then dropped out of the plane and picked up by a roving Air Marshals plane. That way the 200 well-behaved passengers onboard don’t have to deal with an emergency landing in Denver and can make it to their actual destination.