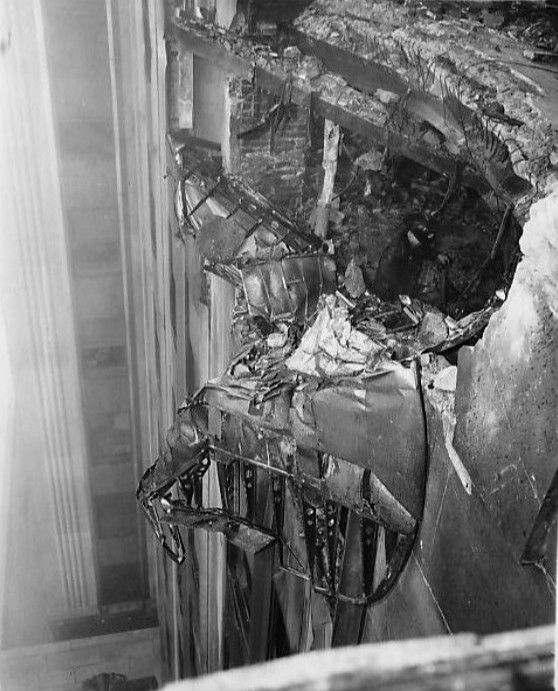 On the morning of September 11, 2001, when we heard the first radio reports of a plane crashing into the World Trade Center, many people assumed it was a small private plane, as that had happened several times before. We were completely shocked to hear it was an airliner big enough to damage the building. But it wasn’t the first time a large plane crashed into a New York skyscraper. On the morning of July 28, 1945, a B-25 Mitchell bomber was looking for Newark Airport, but was lost in the fog. It crashed into the Empire State Building, at the time the tallest building in the world.

Eleven people in the skyscraper died. The three crew on the plane also lost their lives. Elevator operator Betty Lou Oliver, 19, survived despite falling 75 stories to the basement in her ‘office’.

You’ll find a gallery of Fellig’s photographs and a roundup of quotes from witnesses to the disaster at Flashbak. -Thanks, Tim!

Since you are wondering, here’s more on Betty Lou Oliver.