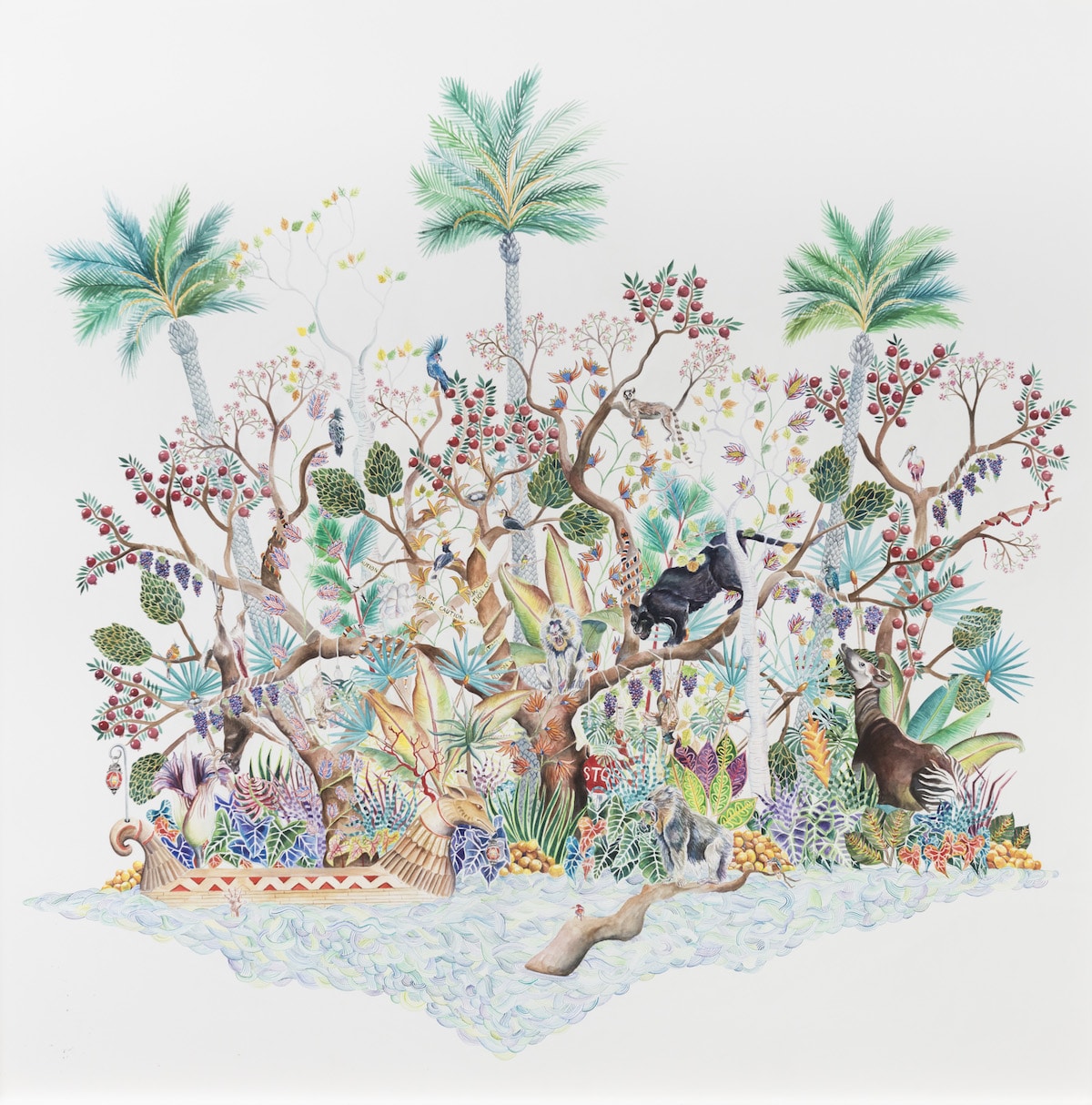 As climate change is rapidly harming our natural ecosystems, many people around the world are turning to art to channel their fears about the grim fate of planet Earth in the future. Robin Crofut-Brittingham is one such artist who visualizes her idea of how our world will exist, but rather than creating gloomy scenes of a dying planet, the talented artist reclaims the natural world with her vibrant watercolor series.

Crofut-Brittingham’s colorful, large-scale work explores an alternative, imagined future, where humans and nature live together in blissful unison. “In some of these futures, humans have returned to a harmonious and survival based mode of living that draws on sustainable practices of early mankind,” she reveals. “These are matriarchies where women hunt, fish, and gather with careful respect for the landscape around them.”

The imaginative artist’s paintings often feature female figures whose skin is wrapped in flowers and plants, as if they are made of the same, natural elements. However, in other works, Crofut-Brittingham visualizes wild, deadly jungles that are simply too dangerous for humans to inhabit. She explains, “In other more apocalyptic futures, nature has taken its revenge on mankind and turned itself back into a hostile, overgrown jungle where beauty and danger commingle and evidence of previous human existence is slowly sinking back beneath the weeds.” These paintings on large panels and canvases show tangled trees, poisonous vegetation, and untamed animals protecting their land. Could this be what the future has in store? 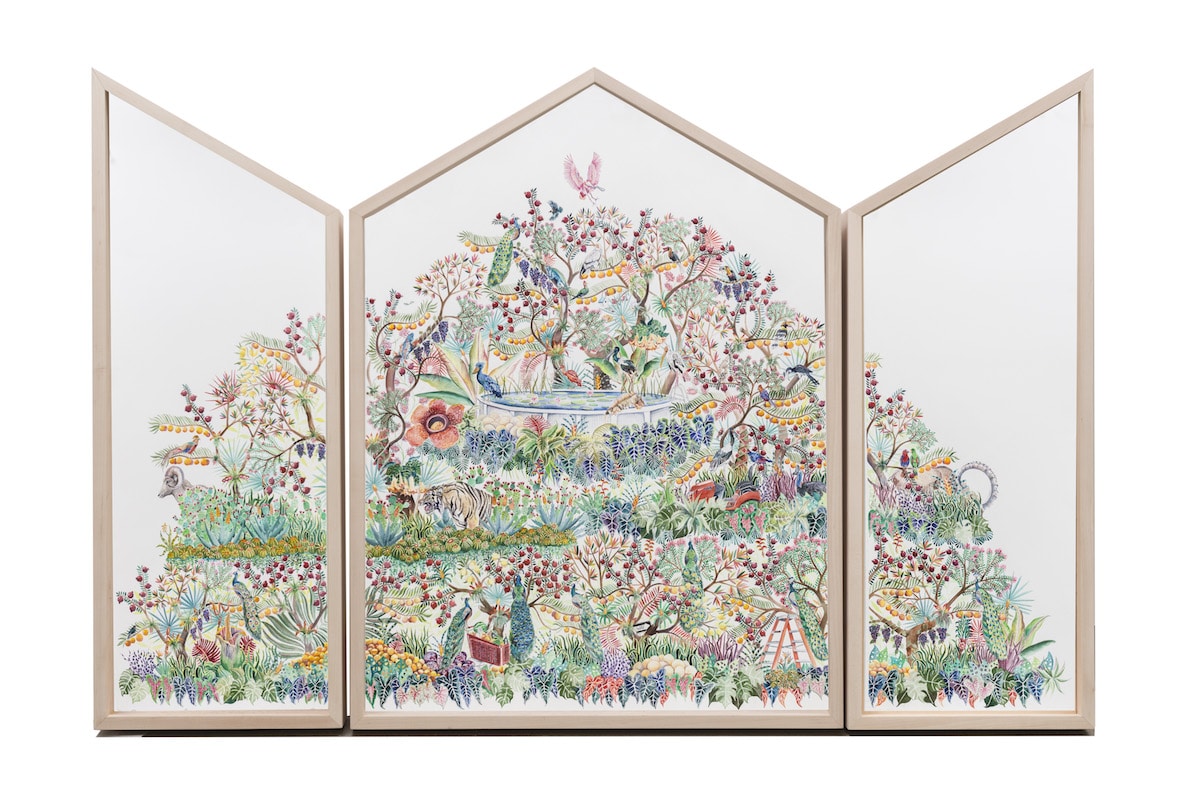 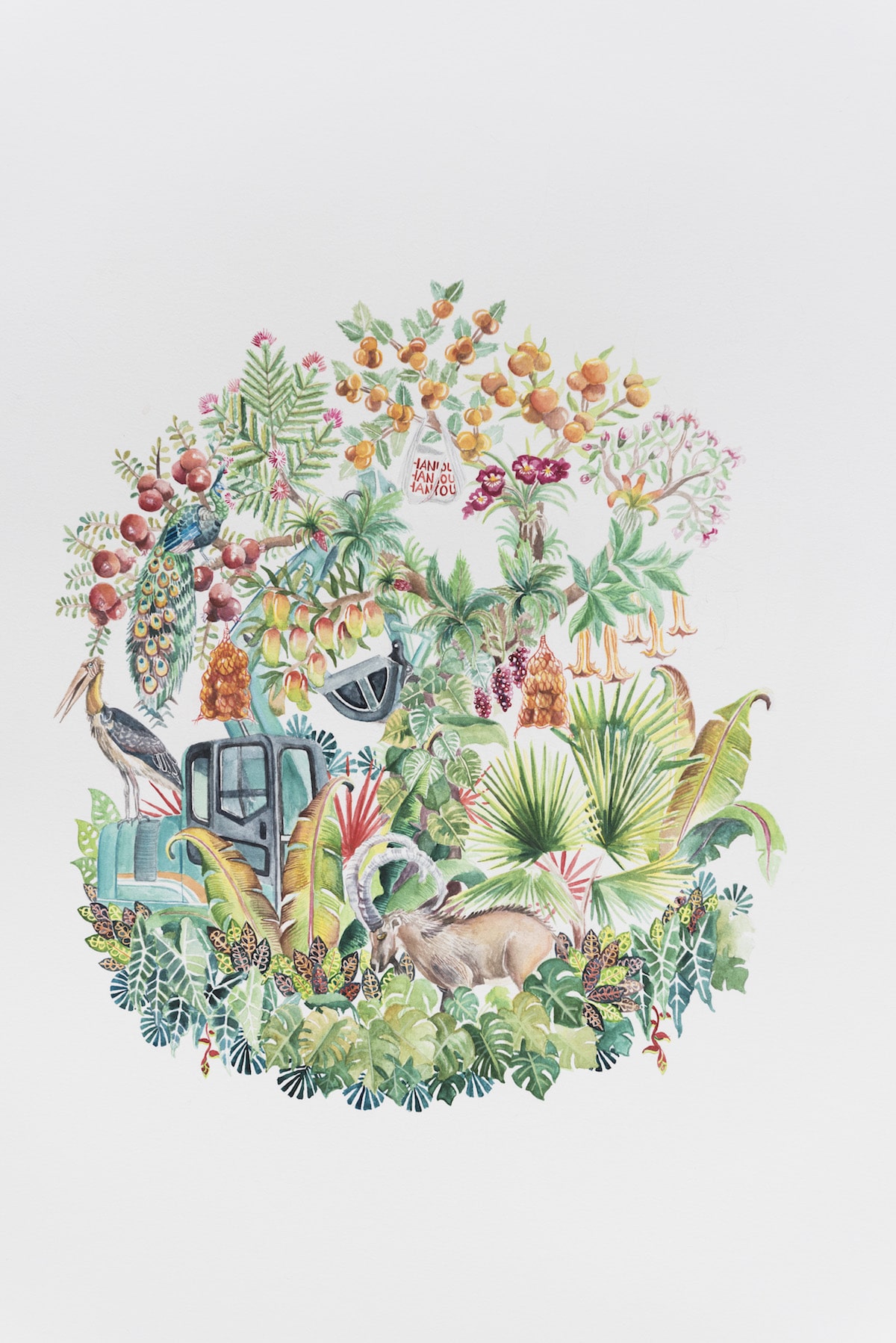 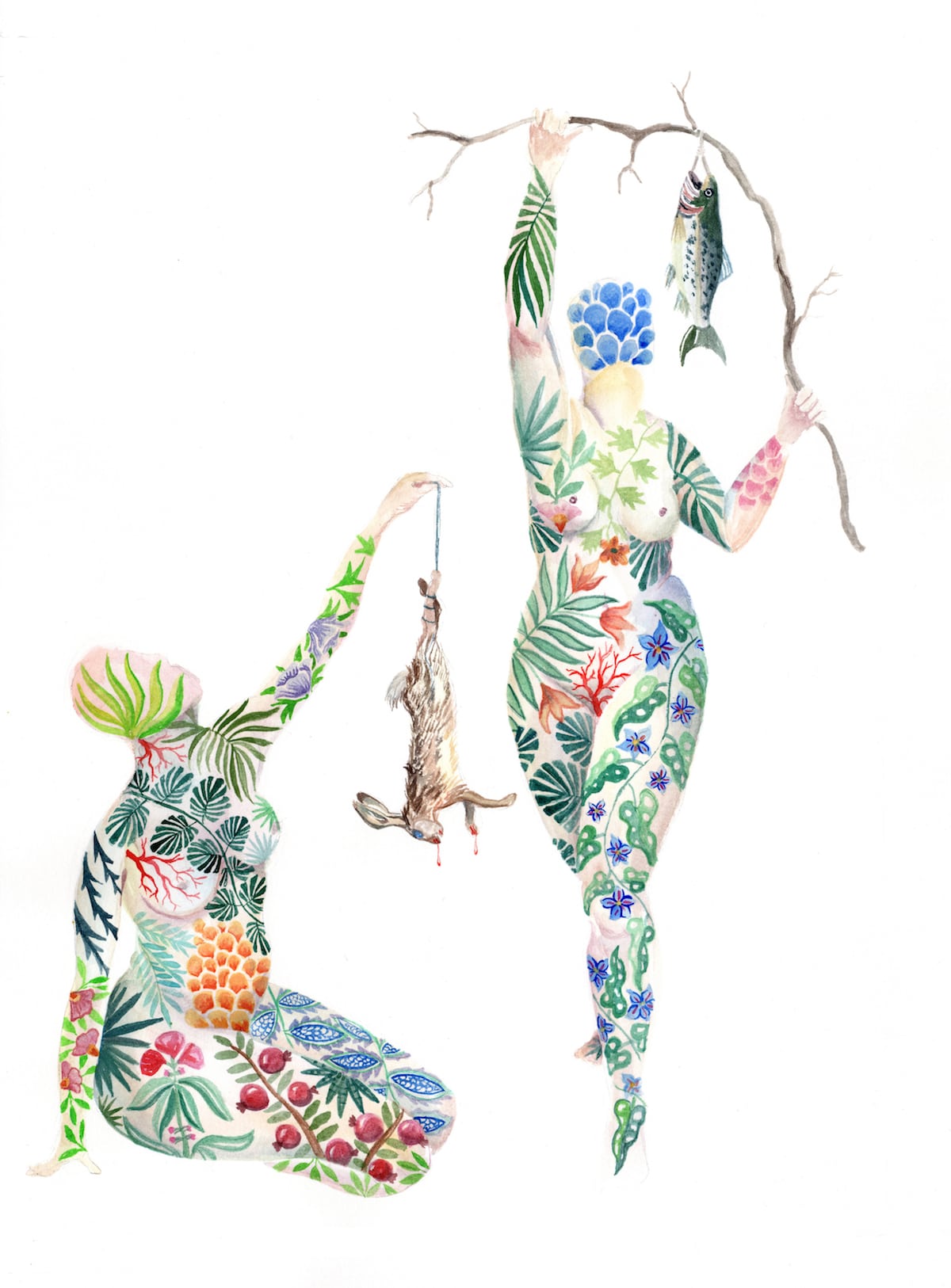 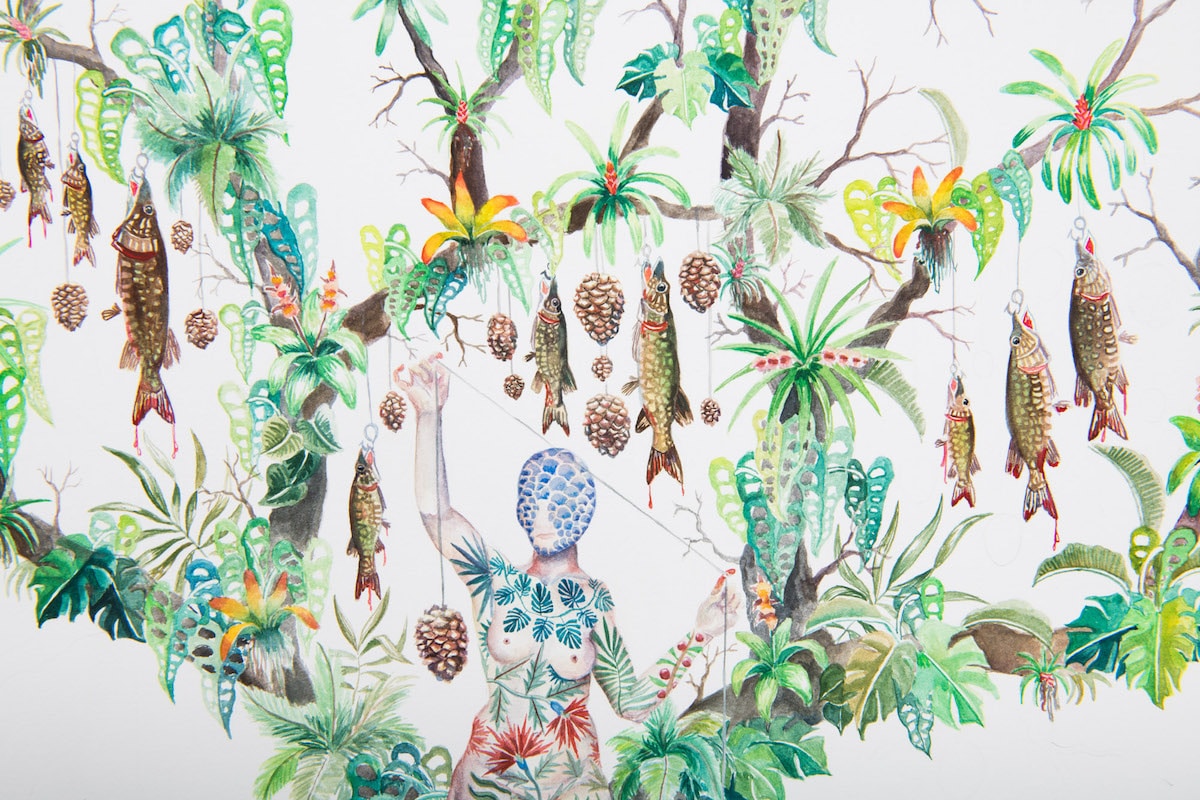 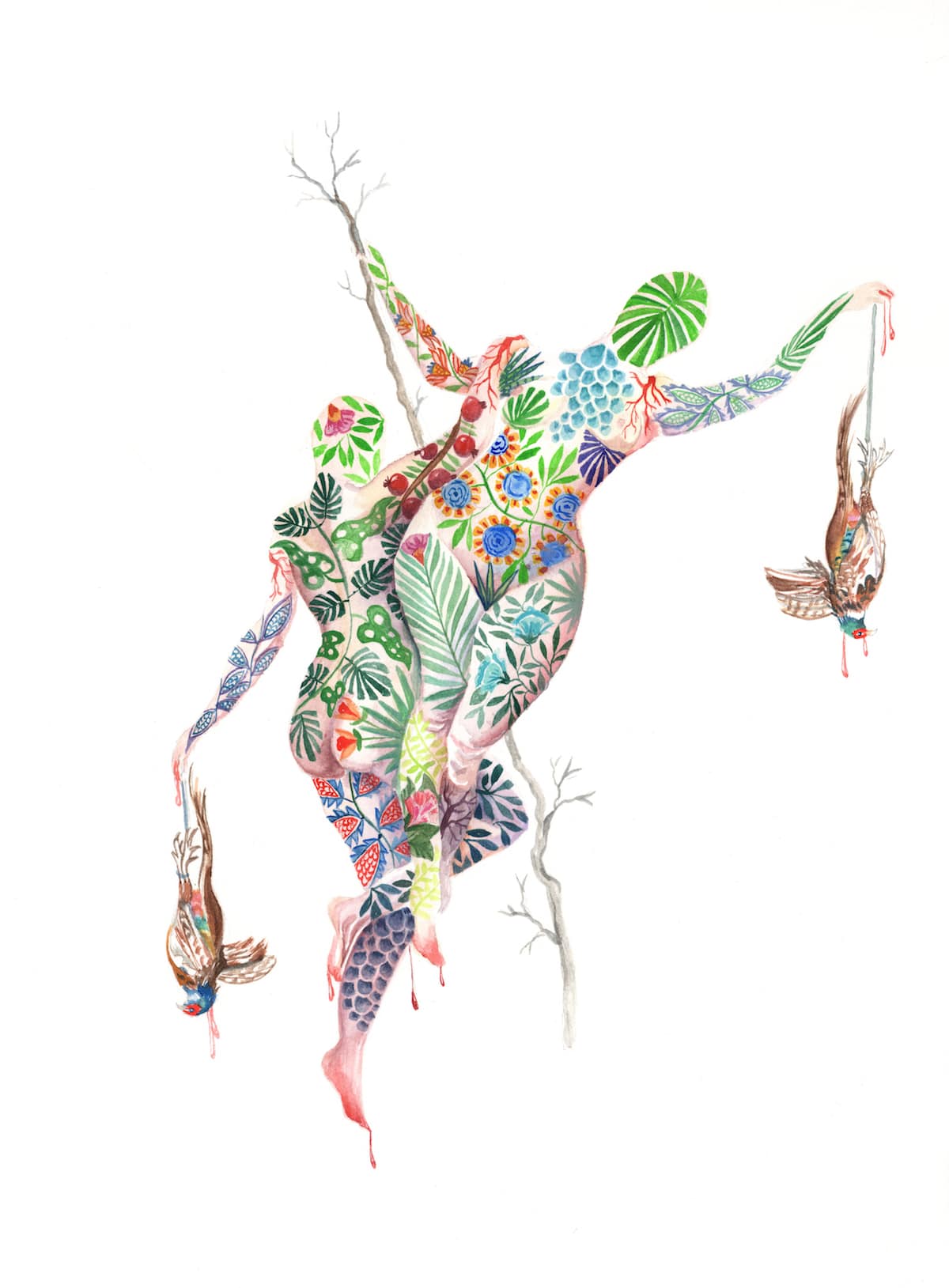 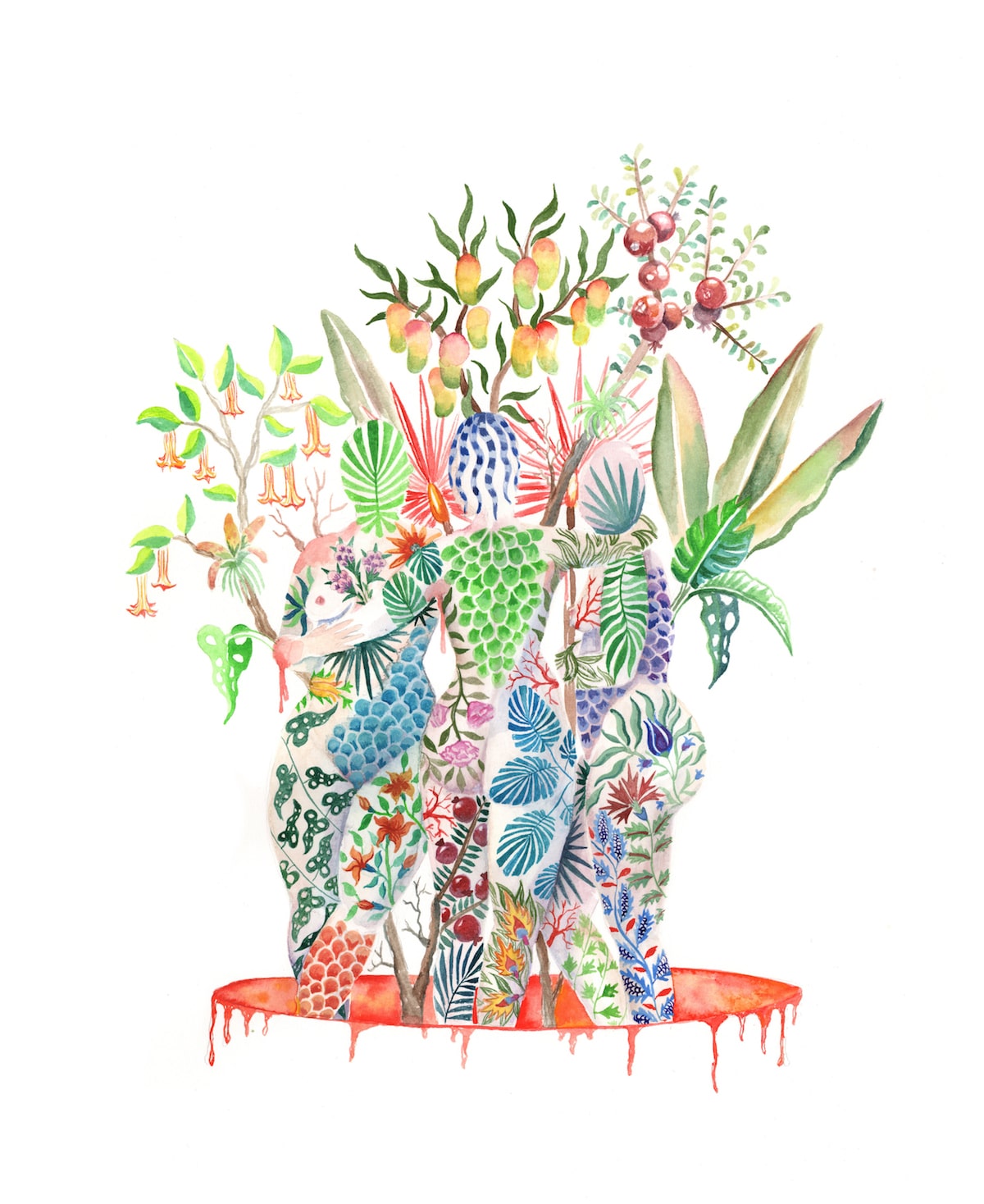 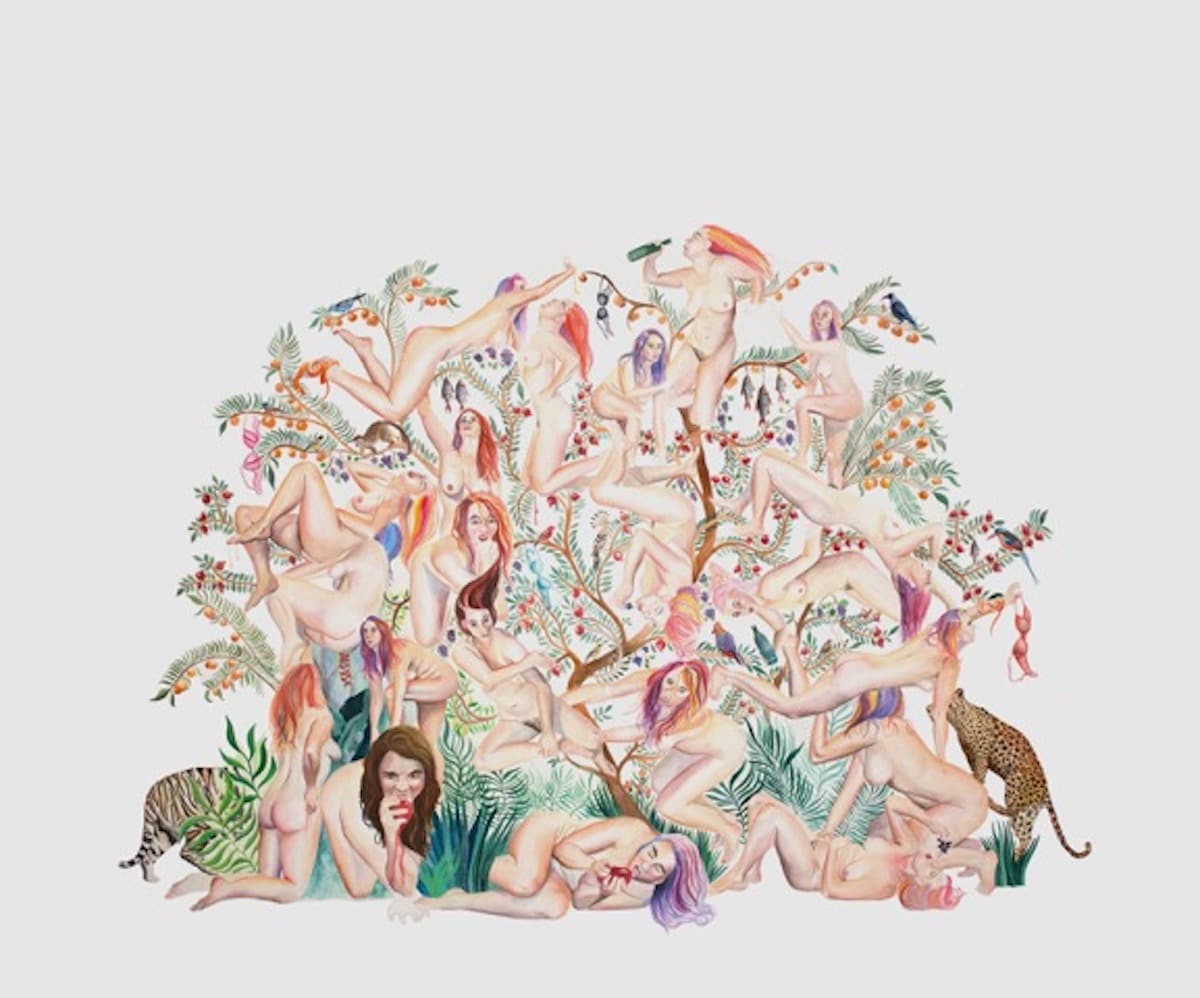 However, in other works, the artist paints deadly jungles that are simply too dangerous for humans to inhabit. 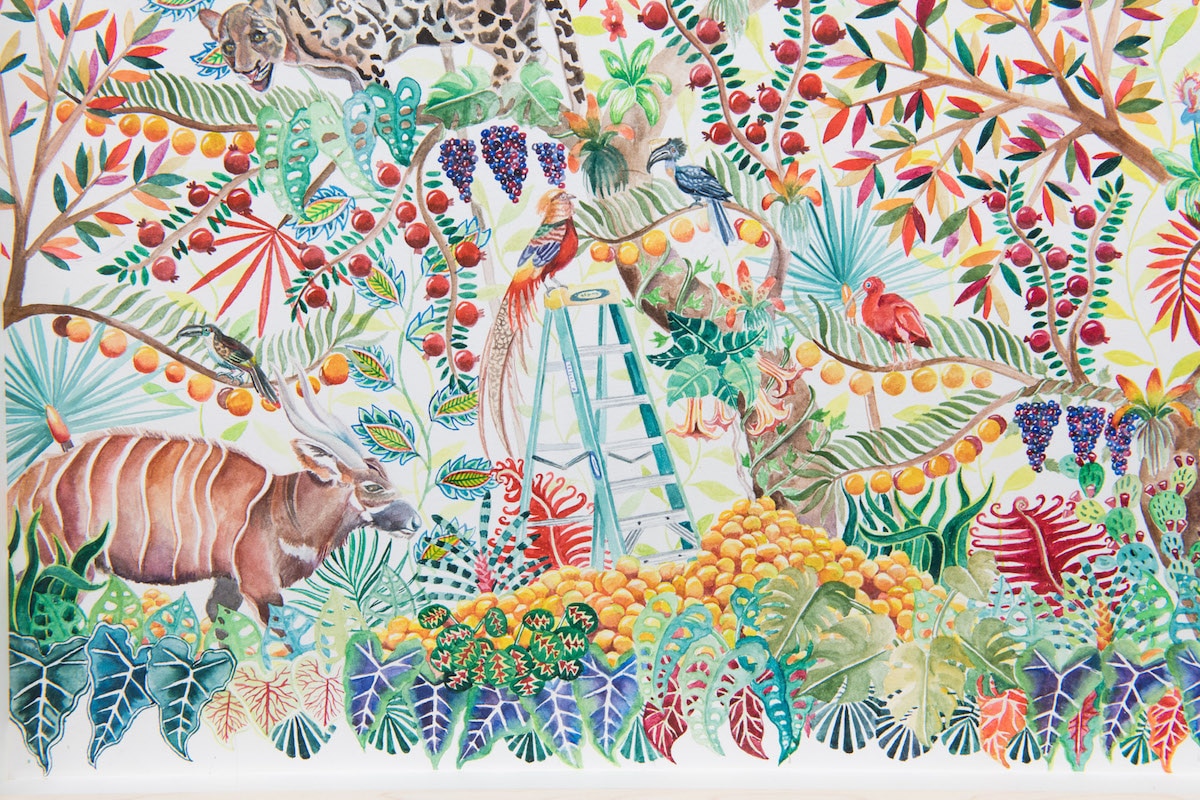 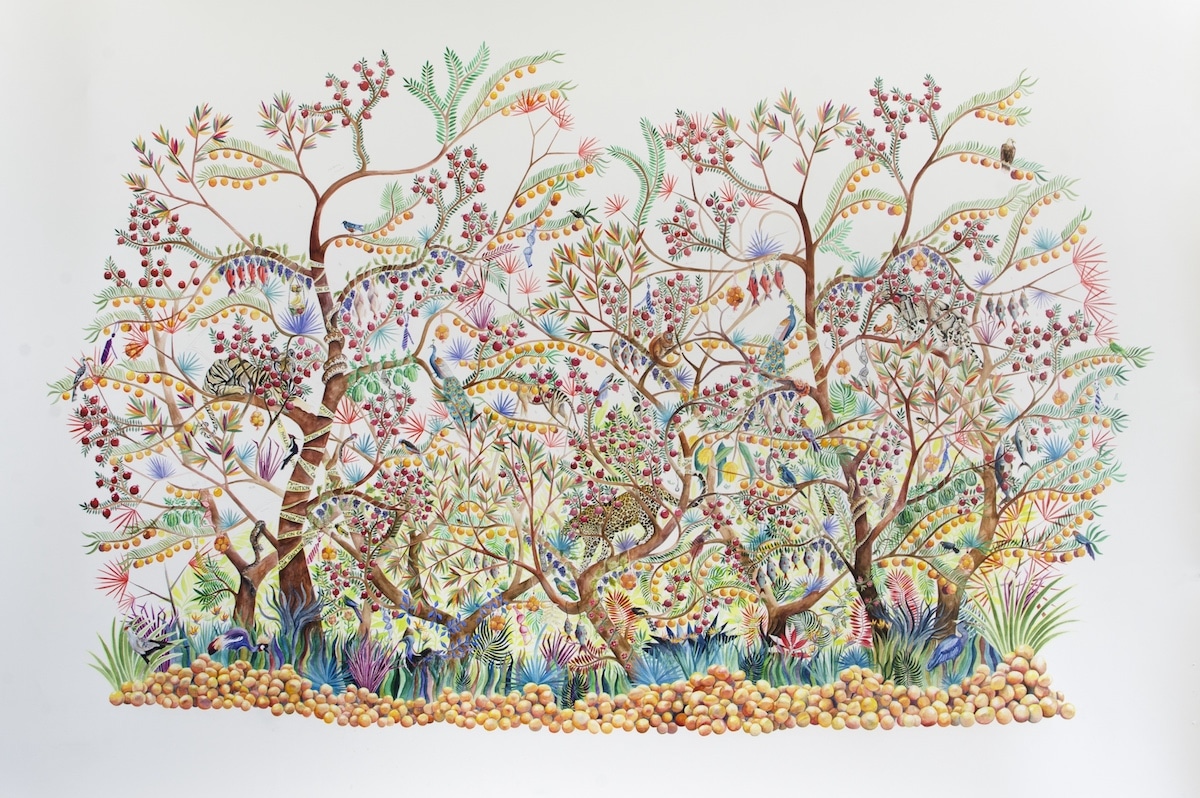 In both instances, nature has reclaimed the earth. 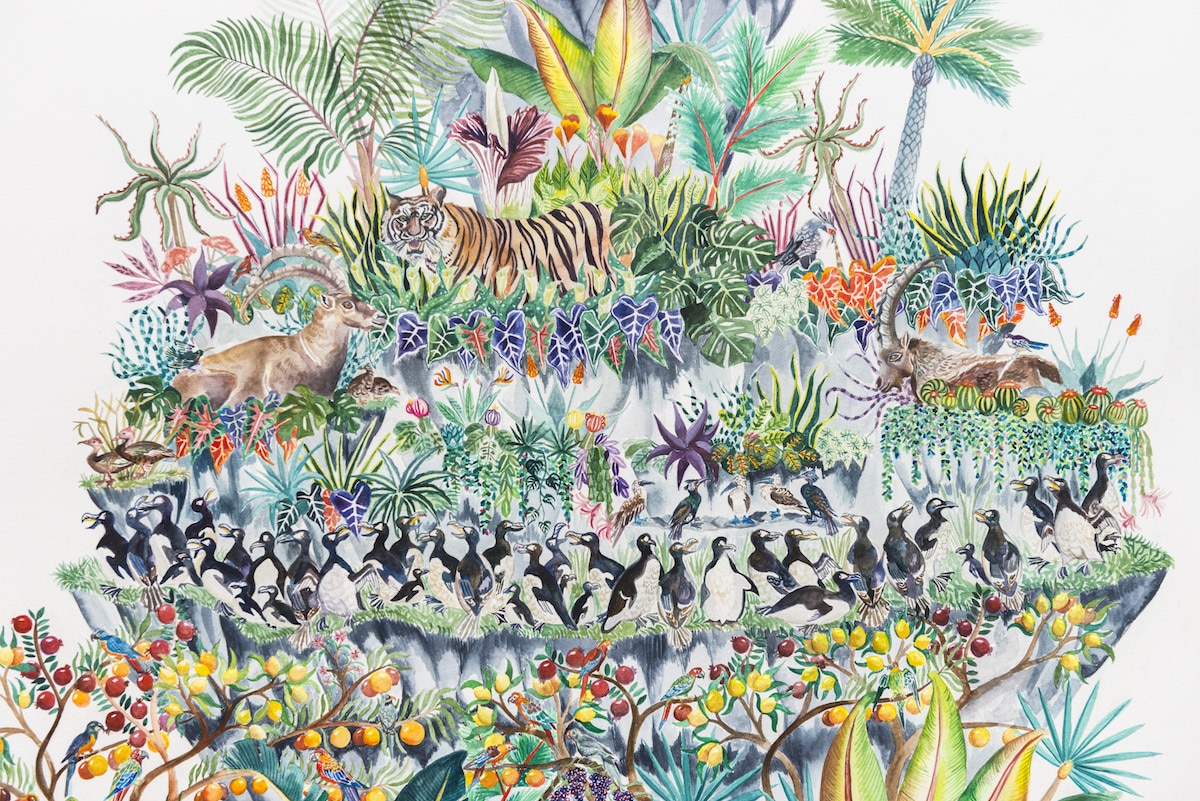 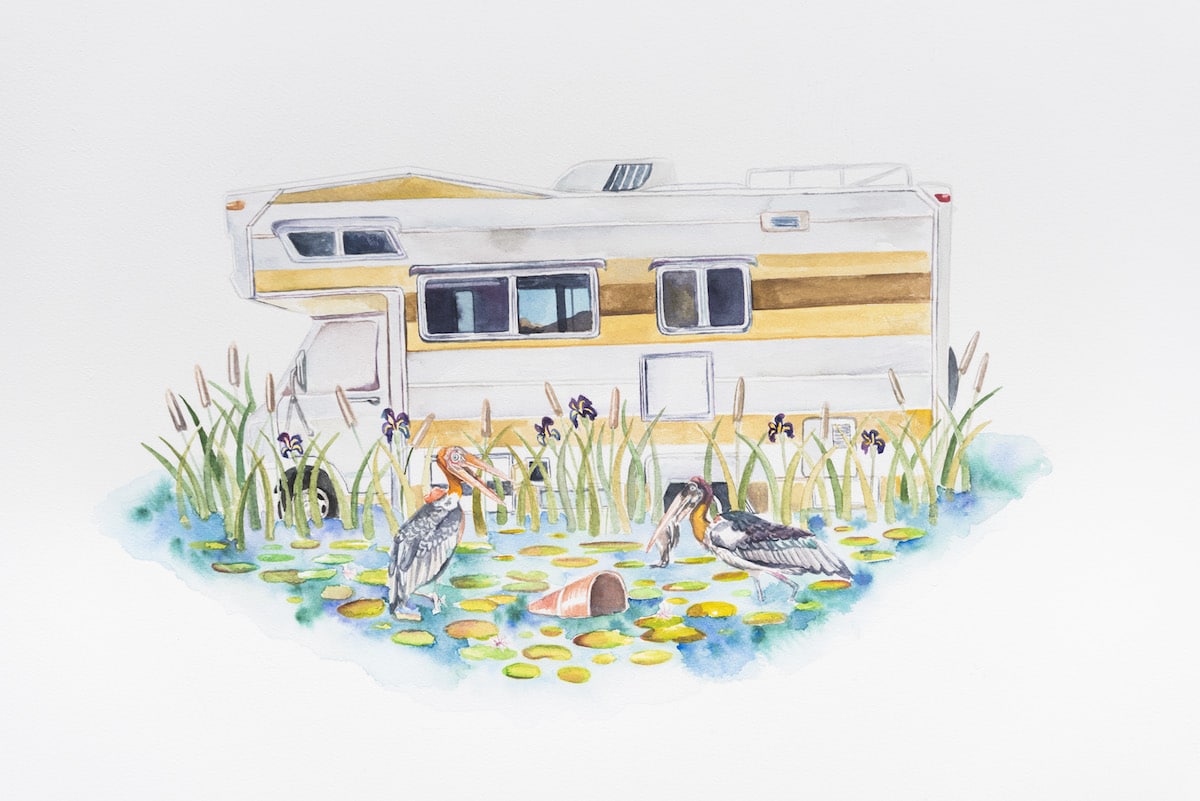 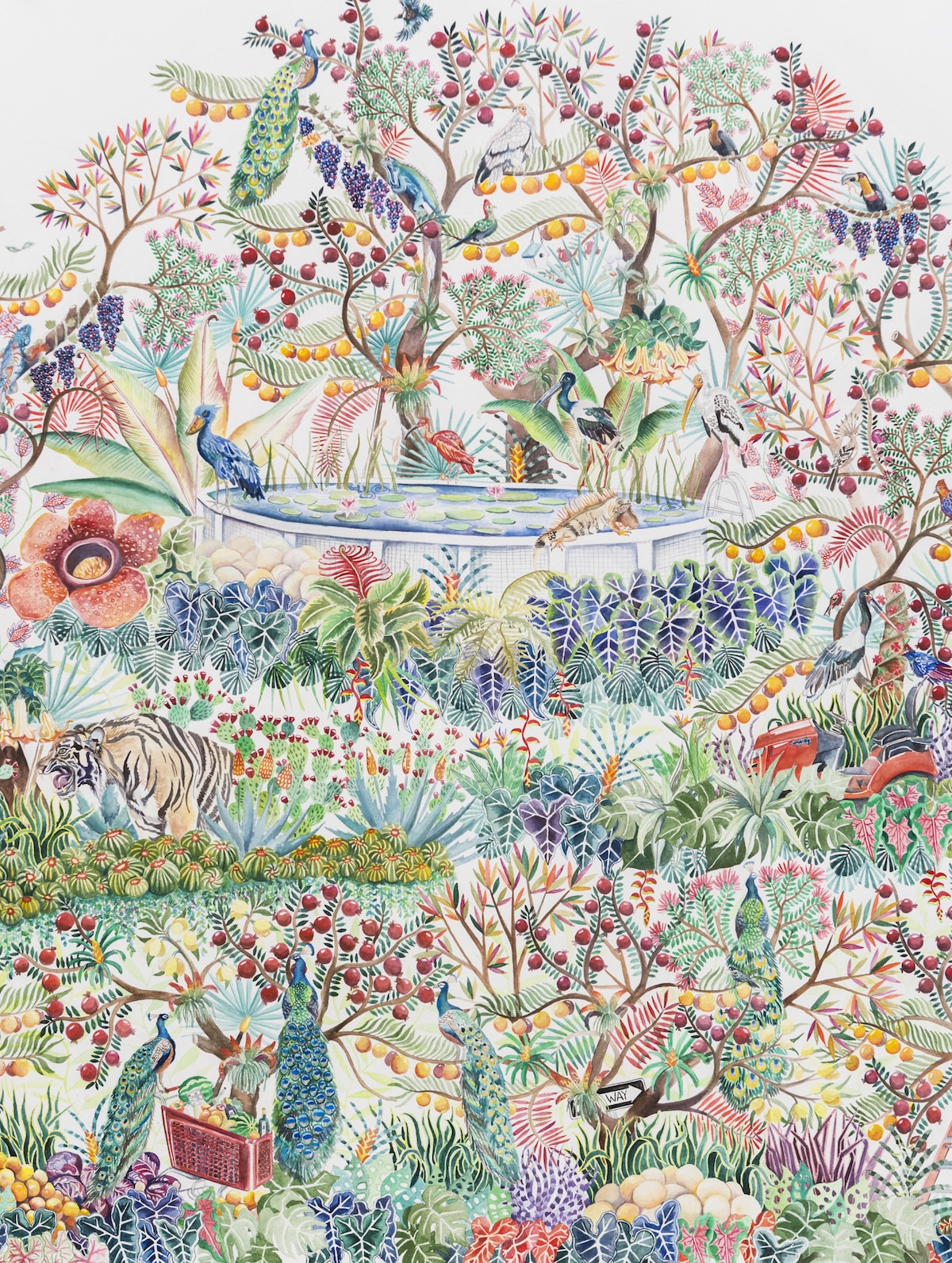 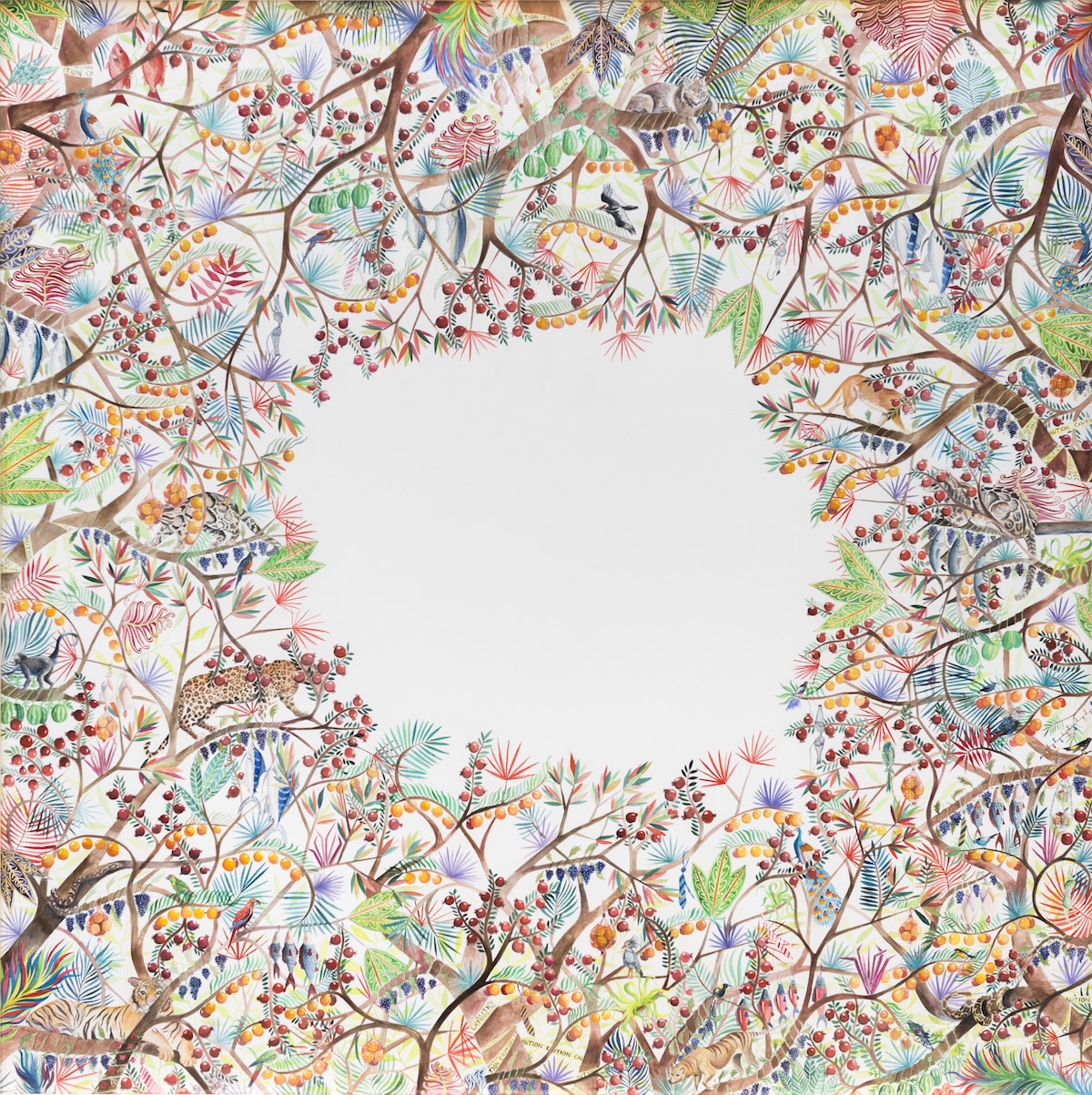 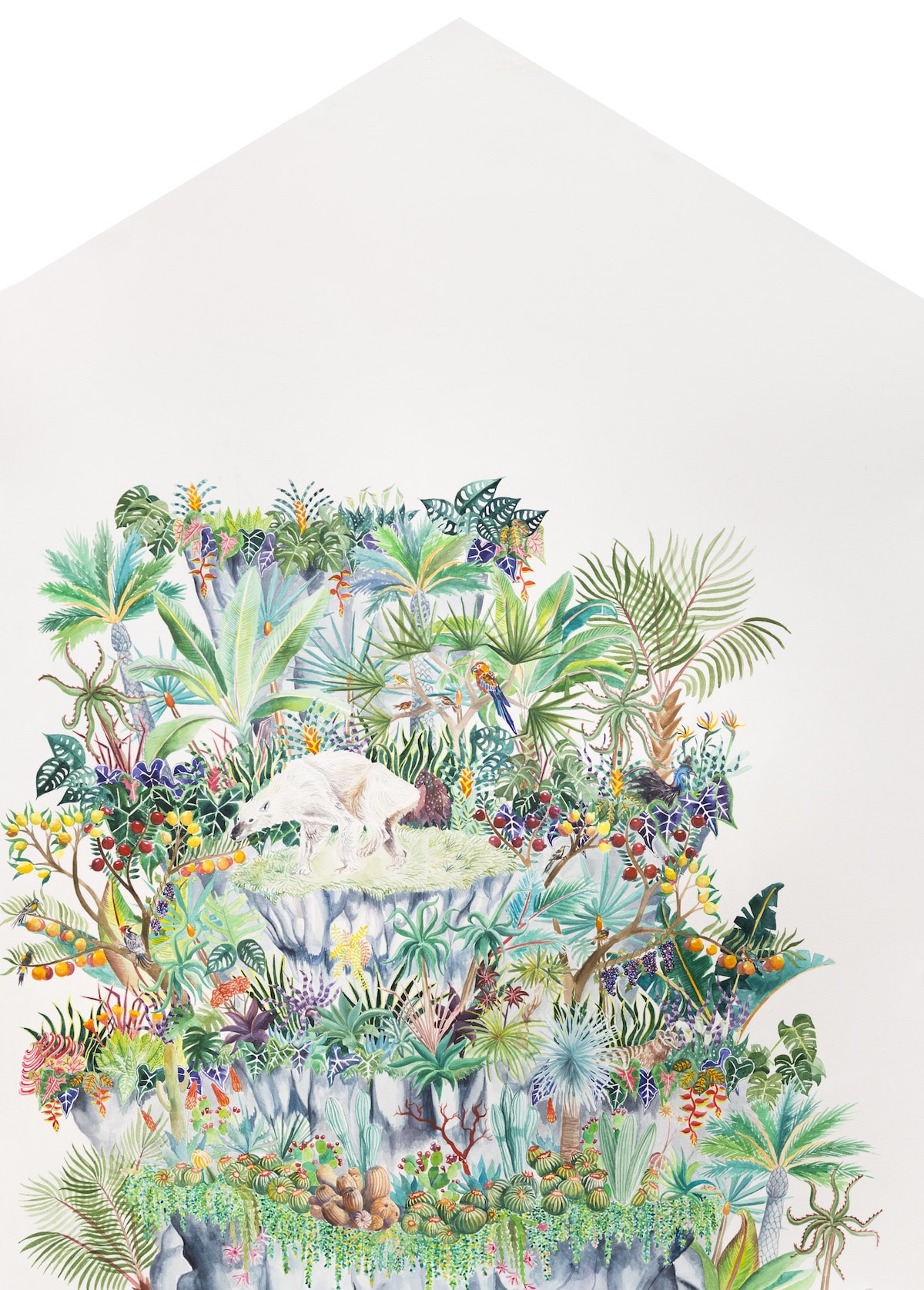 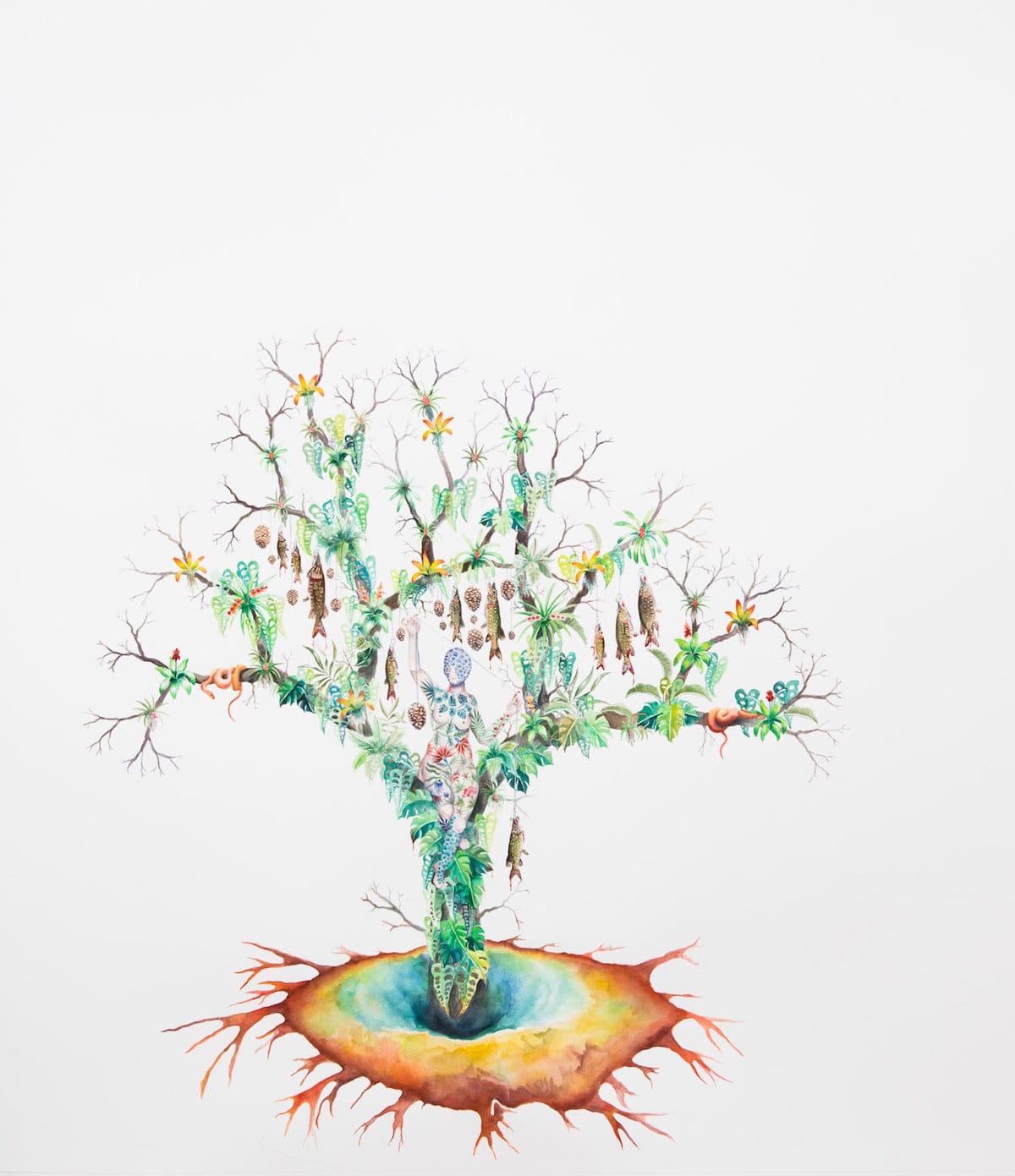 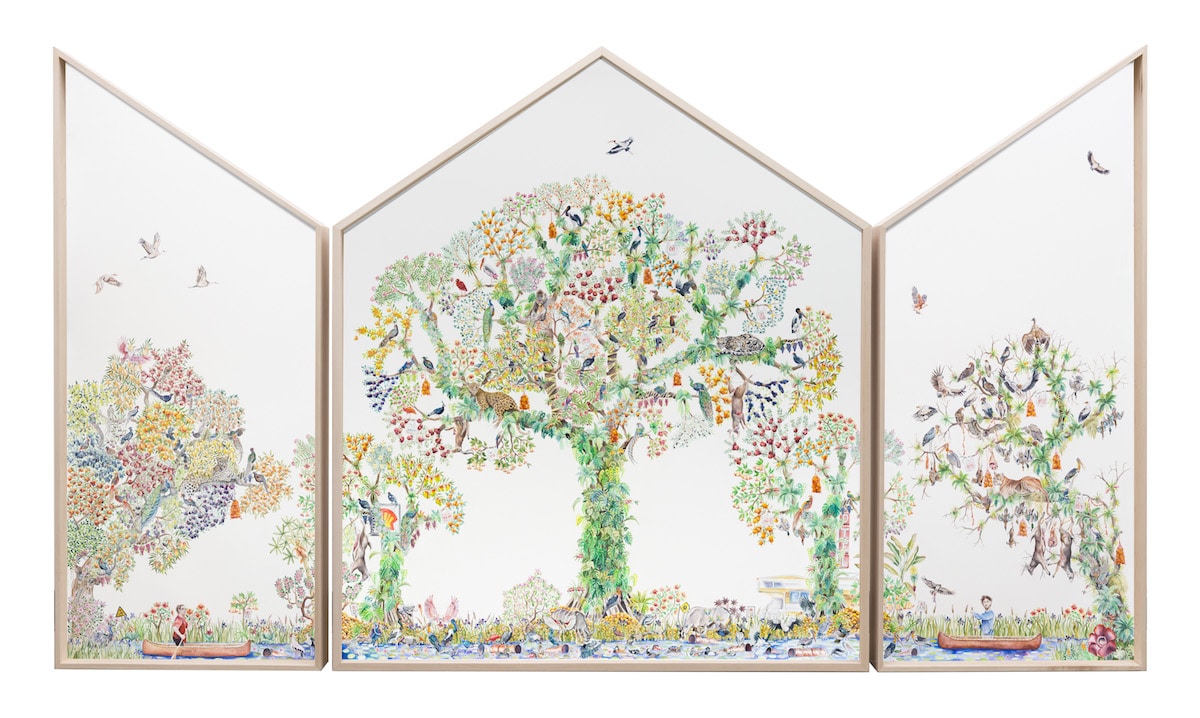 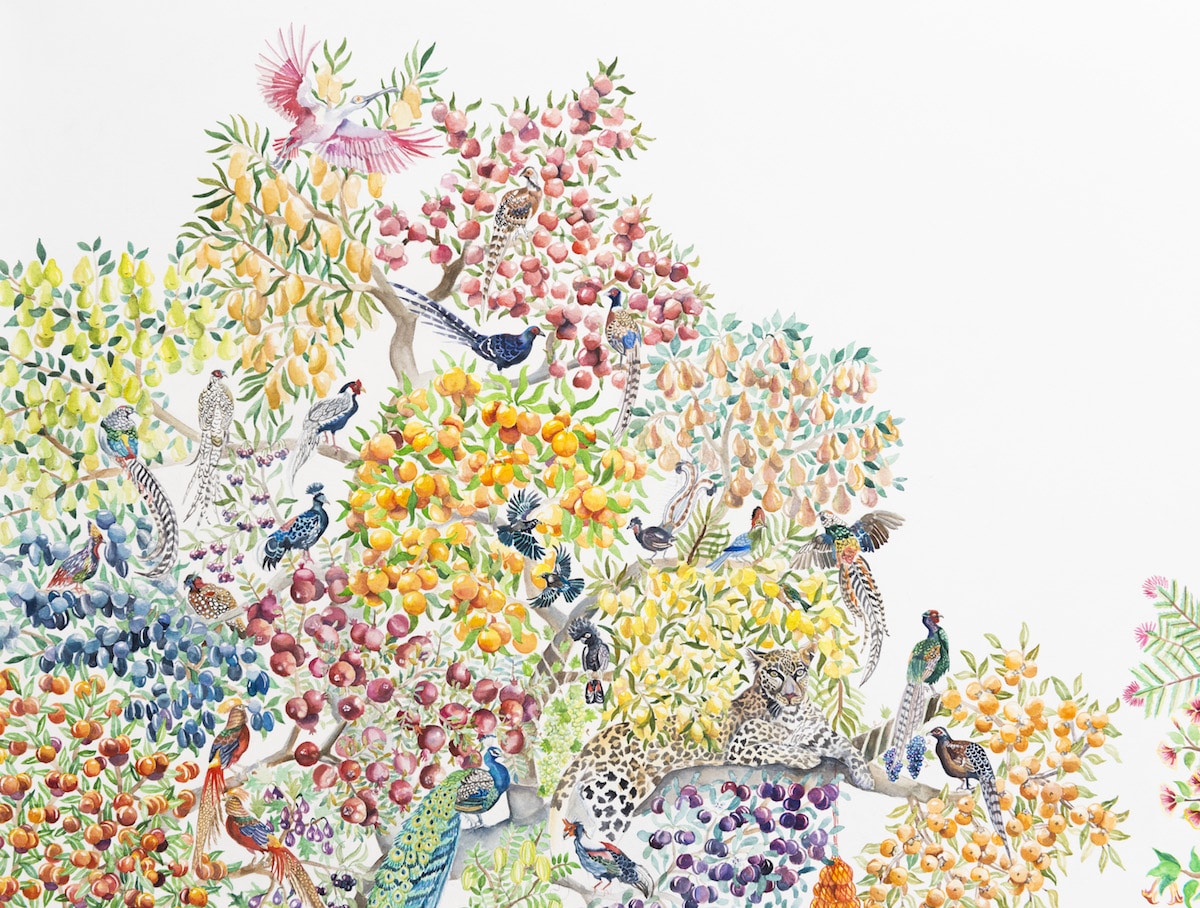 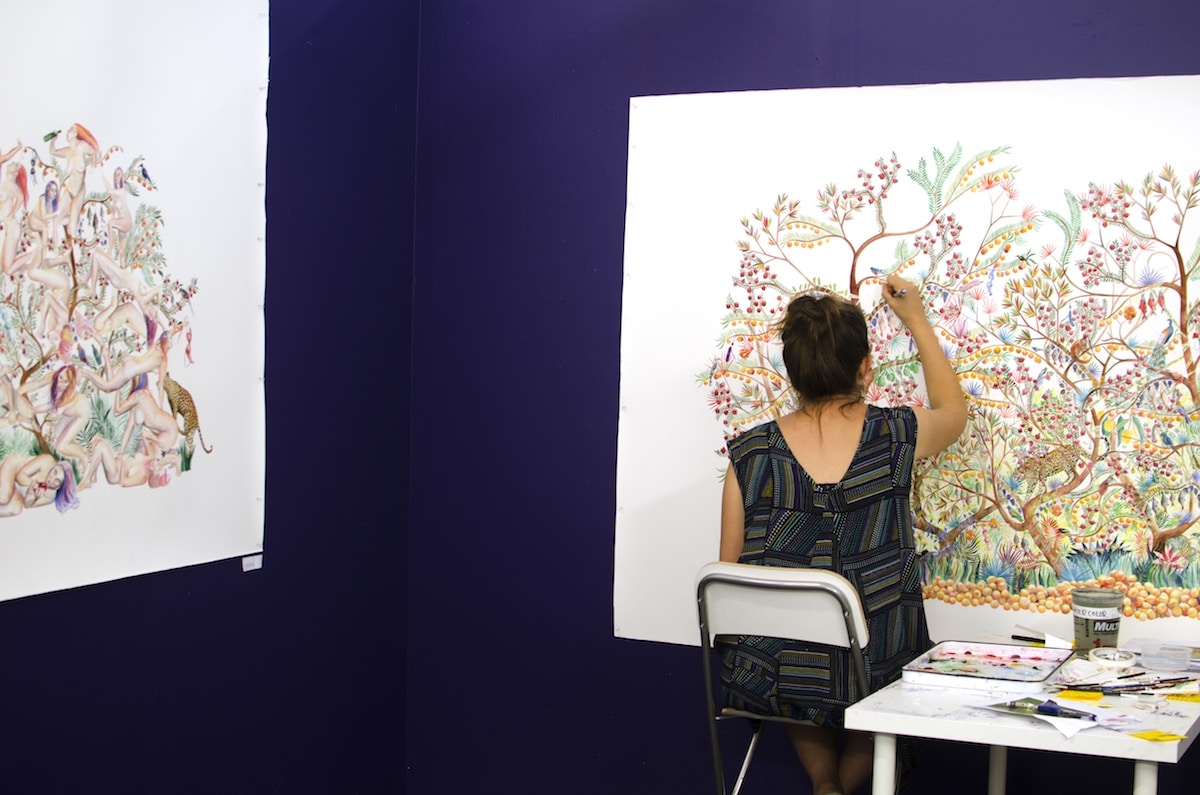 Surreal Paintings Depict the Duality of Man and Nature’s Relationship

The post Watercolor Artist Imagines a Utopian Future Where Flora and Fauna Reclaim the Earth appeared first on My Modern Met.