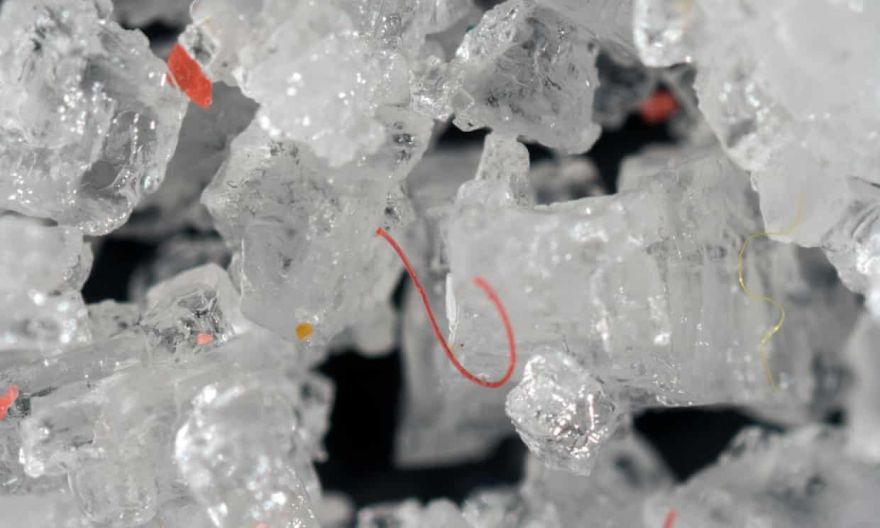 If that seems high, fifty thousand microplastic particles is actually the lower estimate. The actual amount is presumed to be many times higher, as scientists only analyzed a small portion of food and beverage for plastic contaimination.

But I guess this finding is not that surprising, considering that we are already aware that plastics are everywhere, be it on land or sea.

The scientists reported that drinking a lot of bottled water drastically increased the particles consumed.

The health impacts of ingesting microplastic are unknown, but they could release toxic substances. Some pieces are small enough to penetrate human tissues, where they could trigger immune reactions.

Microplastic pollution is mostly created by the disintegration of plastic litter and appears to be ubiquitous across the planet. Researchers find microplastics everywhere they look; in the air, soil, rivers and the deepest oceans around the world.

They have been detected in tap and bottled water, seafood and beer. They were also found in human stool samples for the first time in October, confirming that people ingest the particles.

The new research, published in the journal Environmental Science and Technology, took the data from 26 previous studies that measure the amounts of microplastic particles in fish, shellfish, sugar, salt, beer and water, as well as in the air in cities.

More details about this revelation at The Guardian.