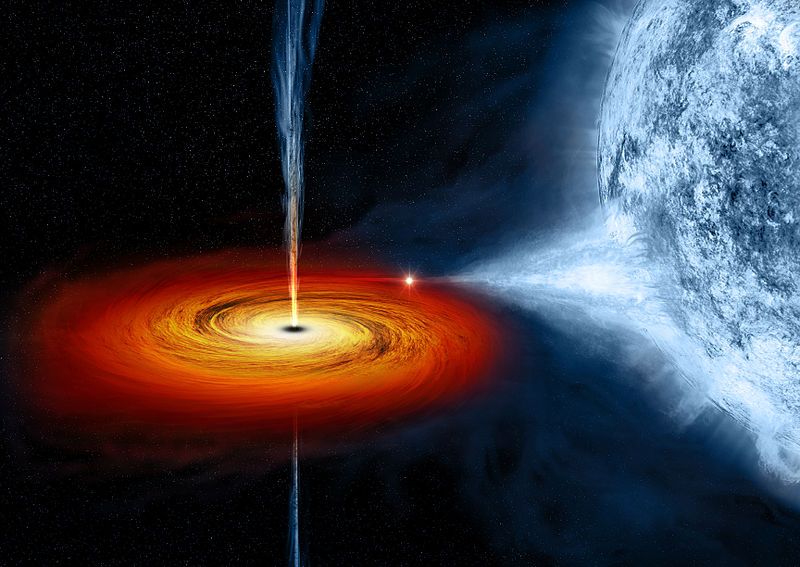 Though we know of the existence of black holes and what their properties are, we haven’t actually seen one. That’s all going to change as the first data from the Event Horizon Telescope will be revealed. And it could show us a picture of an actual black hole.

Of all the forces or objects in the Universe that we cannot see—including dark energy and dark matter—none has frustrated human curiosity so much as the invisible maws that shred and swallow stars like so many specks of dust.

Astronomers began speculating about these omnivorous “dark stars” in the 1700s, and since then indirect evidence has slowly accumulated.

“More than 50 years ago, scientists saw that there was something very bright at the centre of our galaxy,” Paul McNamara, an astrophysicist at the European Space Agency and an expert on black holes, told AFP.

Most of the illustrations we have of black holes are only rendered by artists based on descriptions. But it is quite difficult to actually get close to a black hole to capture what it looks like. With the EHT, scientists say that we may have taken a photo of one and they will unveil it in six major press conferences.

Rating We Might Be Able To See An Actual Black Hole For The First Time is 5.0 / 5 Votes: 3
Please wait...
Loading...
Related articles