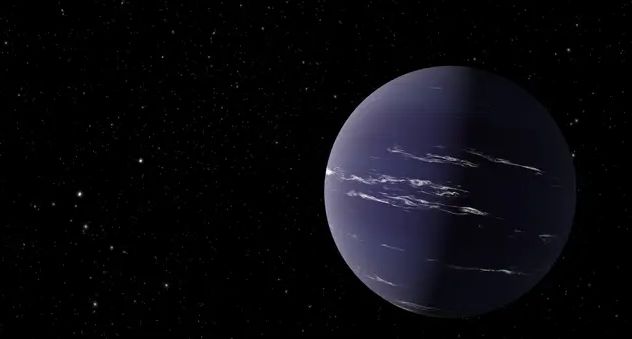 The question is: could it be the next planetary home for humanity? Experts don’t have the answer to that yet. However, they have pointed out some interesting similarities between the newly-discovered exoplanet and our planet. The celestial body, named TOI-1231b, is located 90 light years from Earth, and its atmosphere suggests that it may bear some resemblance to our own:

Most notably, TOI-1231b has a similar temperature to Earth, at around 57 degrees Celsius, making it one of the coolest small exoplanets discovered by NASA so far.CNN reports that scientists think studying the planet could help them understand how common it is for Earth-like atmospheres to form, and could also reveal clues as to the likelihood of similar planets capable of creating water clouds being able to host life.

Diana Dragomir, an assistant professor in the University of New Mexico’s department of physics and astronomy and co-author of a new study into the planet, said:

Even though TOI 1231 b is eight times closer to its star than the Earth is to the Sun, its temperature is similar to that of Earth, thanks to its cooler and less bright host star.

However, the planet itself is actually larger than earth and a little bit smaller than Neptune – we could call it a sub-Neptune.

Scientists are especially excited by the possibility of being able to analyse TOI-1231b’s atmosphere, as the majority of similar planets are inaccessible and clouded by interstellar gas. However, scientists atNASA’s Jet Propulsion Laboratory believe they may be able to find evidence of hydrogen and helium atoms escaping this newly-discovered planet, which they say are typically ‘almost impossible to detect’.

Bobbie, The Wonder Dog Who Walked 2,500 Miles to Home

Book Review: The Art of Soul

The Diving Gondola: A Strange Elevator to the Ocean Floor