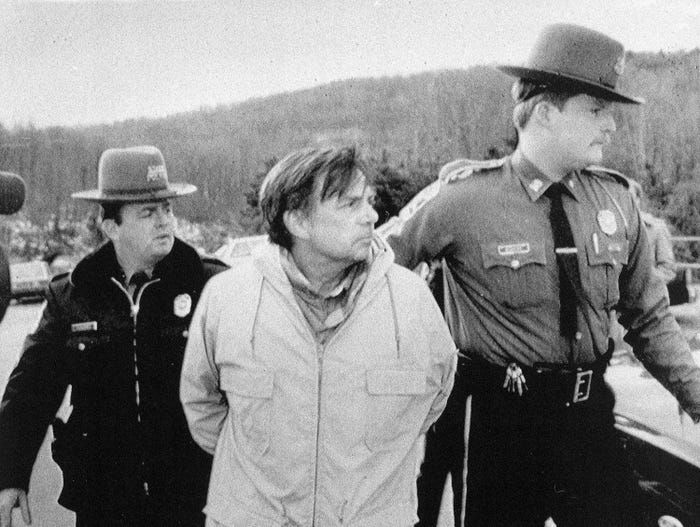 I’m sure you’ve heard about the Night Stalker, Richard Ramirez. Staying at home means having more time to watch movies, specifically crime movies and documentaries! In the past months, I’ve been checking different titles which made me curious enough to search about real-life crimes. Luckily, I found a list about “The most infamous crime committed in every state” compiled by the Insider. Here are three interesting entries:

CONNECTICUT: The murder of Helle Crafts, aka “The Wood Chipper Murder,” in Newtown

Most people know the murder of flight attendant Helle Crafts by its nickname, “The Wood Chipper Murder.” In 1986, Crafts went missing after catching her pilot husband Richard cheating on her — he told police that she had left him to return to Denmark, where she was originally from, but her friends and the police weren’t convinced.

After searching the Crafts’ home, authorities found credit card statements for suspicious items that were nowhere to be found in the house, such as a freezer, bed sheets, and a rented wood chipper. The police also found bits of bone, a fingernail, and hair samples that they said were Helle’s.

The prosecution contended that Crafts had become enraged with his wife, murdered her, cut her body up with the chainsaw, and then disposed of it using the rented woodchipper. The jury deliberated for eight hours before ruling Crafts guilty of his wife’s murder. The verdict was a state first: a guilty ruling without a body. 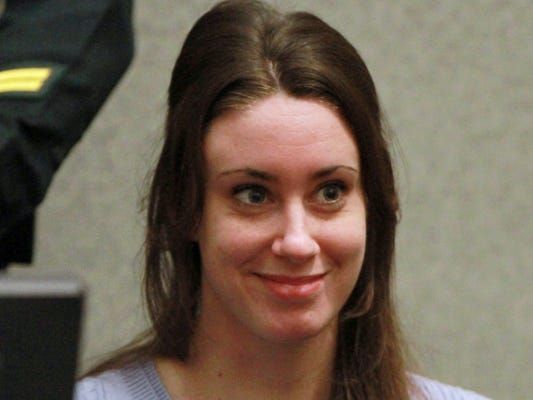 FLORIDA: The death of 2-year-old Caylee Anthony in Orlando

Caylee Anthony, 2, was reported missing by her maternal grandmother, Cindy, who told police that she hadn’t seen Caylee in 31 days and that her daughter’s car smelled like a body. What followed was a bizarre (and confusing) sequence of events.

First, Casey reported that Caylee had been abducted by her nanny, and she hadn’t reported this to the authorities because she was scared — in reality, there was no nanny. Other lies and inconsistencies included that Casey told her parents she worked at Universal Studios (untrue), and that she seemed to be acting perfectly normal even though her daughter was missing.

When Caylee’s remains were found in a plastic bag, the state of Florida officially charged Casey with her murder and announced they were seeking the death penalty, starting what has been dubbed the “social media trial of the century” by Time.

Casey’s defense team claimed that Caylee had drowned in her family’s pool, and that Casey’s father George had disposed of Caylee’s body in order to save Casey from neglect charges. They also claimed that George sexually abused Casey (which he denied) and that she was afraid of him, which is why she didn’t report him to authorities. 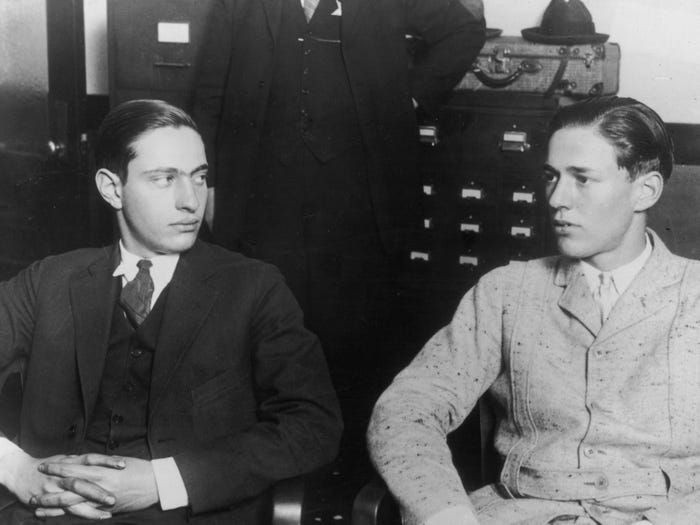 ILLINOIS: The “perfect crime” of Leopold and Loeb in Chicago

Leopold and Loeb were two rich, smart, and privileged college students in Chicago who wanted to prove their intellectual superiority by committing the perfect crime.

They spent months planning to kidnap and murder a child, and in May 1924 turned their plan into action. They offered Bobby Franks (Loeb’s 14-year-old cousin) a ride home, then bludgeoned him to death. When they disposed of Franks’ body, however, Leopold made a fatal flaw — he dropped his glasses. While they were regular glasses, they had a special hinge that only three people in Chicago had. The pair was quickly arrested and convicted, and admitted that they only committed the murder for the thrill of it.

Loeb was murdered in prison, and Leopold served 34 years and was released on parole in 1958. He died at 67 due to a diabetes-related heart attack.