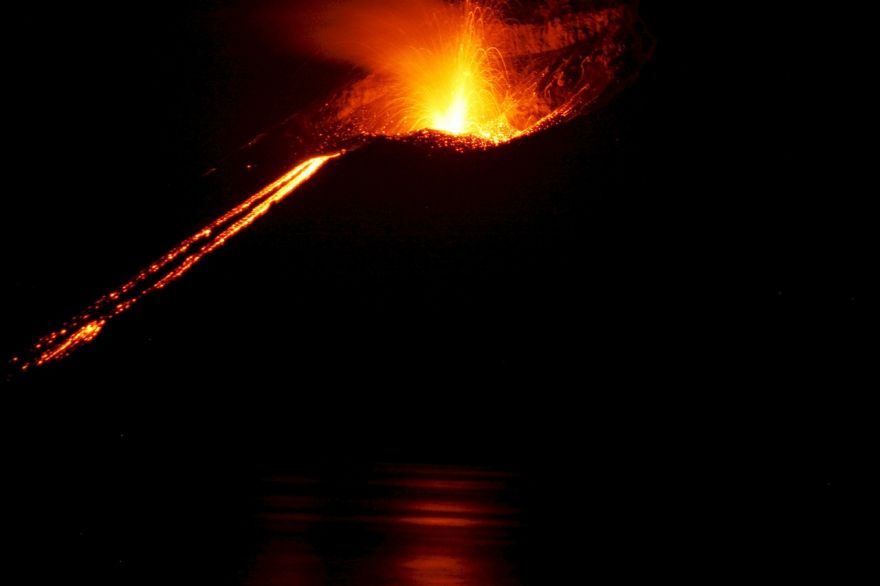 When it comes to sending great waves of carbon into the ocean, ancient volcanoes get the job done. For thousands of years, they have contributed most carbon emissions. But if you want someone who can do more than these volcanoes, and at a much faster pace, then call in the humans, who can introduce the material 3-8 times faster than these landforms.

The consequences for life both in the water and on land are potentially catastrophic. The findings appear this week in the journal Proceedings of the National Academy of Sciences.

Researchers at Columbia University’s Lamont-Doherty Earth Observatory examined ocean conditions 55.6 million years ago, a time known as the Paleocene-Eocene Thermal Maximum (PETM). Before this, the planet was already considerably warmer than it is today, and the soaring CO2 levels of the PETM drove temperatures up another 5 to 8 degrees C (9 to 14 degrees F). The oceans absorbed large amounts of carbon, spurring chemical reactions that caused waters to become highly acidic, and killing or impairing many marine species.

The research is directly relevant to today, said lead author Laura Haynes, who did the research as a graduate student at Lamont-Doherty. “We want to understand how the earth system is going to respond to rapid CO2 emissions now,” she said. “The PETM is not the perfect analog, but it’s the closest thing we have. Today, things are moving much faster.”

Head over to ScienceDaily to know more about the study.