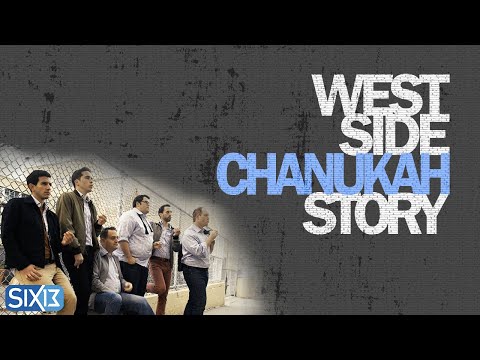 The a cappella group Six13 (previously at Neatorama) presents their annual Chanukah production! This year, it’s a medley of familiar tunes from the Broadway musical West Side Story. The six singers channel the Sharks and the Jets as they sing about the Jewish Festival of Lights and the history behind it. The video was appropriately recorded on the streets of Manhattan. While you know the songs from the 1961 movie, the newest film version of West Side Story is due in theaters on December 10. Chanukah begins at sundown on Sunday and lasts until the evening of December 6. Chag Chanukah same’ach!

PS: I have often spelled the festival as Hanukkah, but used Chanukah this time as that’s the spelling that appears in the video. Both are considered correct.