It’s been nearly 4 weeks since Russia’s armed forces invaded Ukraine, and, unfortunately, the end doesn’t seem to be on the horizon.

During this time, nearly the entire world has united to help Ukraine and its people in whichever way they could. Besides the immense amounts of humanitarian aid and military arms support for Ukraine, and the barrage of relentless sanctions against Russia, Europeans have been very active in taking in refugees and organizing fundraisers around the clock. But this is only scratching the surface.

On top of it all, the hacker group Anonymous have also been taking active steps against Russia. At first, it started taking down news media and Defense Ministry websites. Then it moved to taking down entire television stations and even hacking into 400 surveillance cameras.

This time around, they are issuing a warning to all western brands that continue to fuel the Russian war machine with their business in the country. 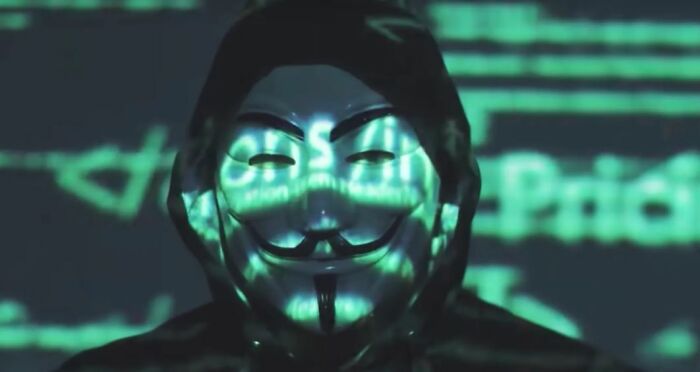 Anonymous is a decentralized international collective of hacktivists and an activist movement that are known for cyber attacks against governments, institutions, agencies, and corporations.

Yesterday, March 21st, 2022, Anonymous posted on Twitter that it is calling on all companies that continue to carry out business in Russia, this way putting tax money into the Kremlin’s pockets, to stop their operations and pull out. Otherwise, they will become targets of cyber attacks as companies that are supporting Russia in its aggression towards Ukraine and its people. They gave 48 hours to make the decision.

They provided a sizable list of specific brands that are still operating in Russia, including Nestle, Subway, Burger King, Patreon, Papa Johns, General Mills, Mondelez, Dunkin’ Donuts, and many more. In a follow-up tweet, they said that they expect other Western companies (not mentioned in the tweet) to follow suit. 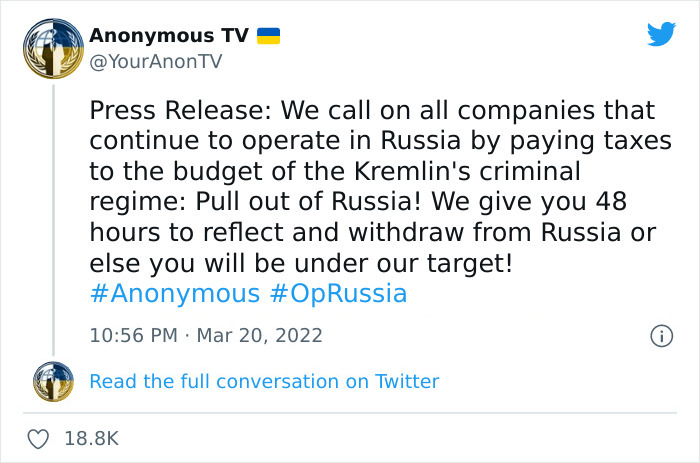 They also provided a list of companies that are in their radar, and that they expect others to act like Halliburton and Schlumberger did 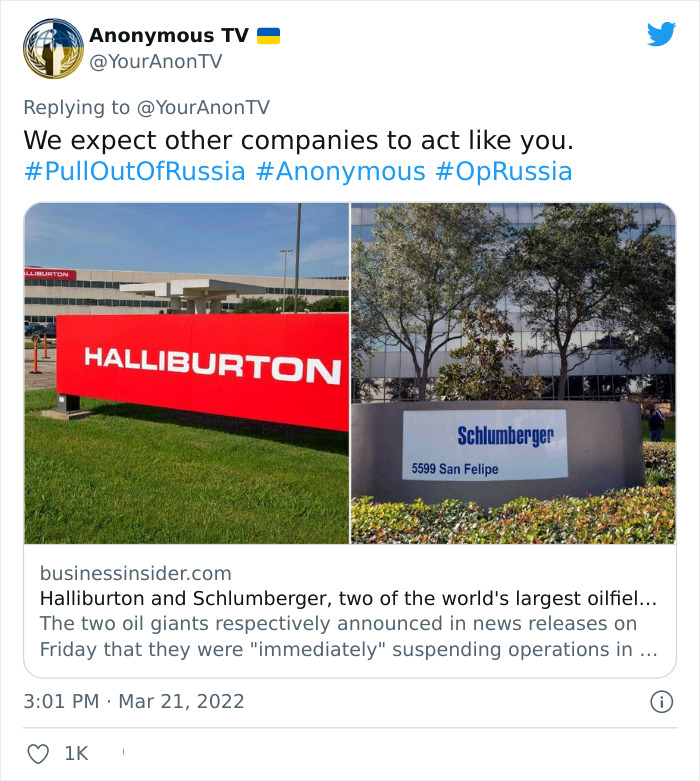 Up until now, Anonymous has targeted the Russian Government and entities closely associated with it. In particular, the news website RT.com and Russia Today TV channel, the website of the Defense Ministry of Russia, and Belarusian weapons manufacturer Tetraedr were all hacked, with the last one having 200GB of e-mails leaked.

While this is going on, others are taking measures to encourage companies to leave Russian markets. Ukraine’s Prime Minister Denys Shmyhal tweeted that he talked to Nestle CEO Mark Schneider, but was sad to report that the businessman showed no understanding and hopes that Nestle will change its mind. 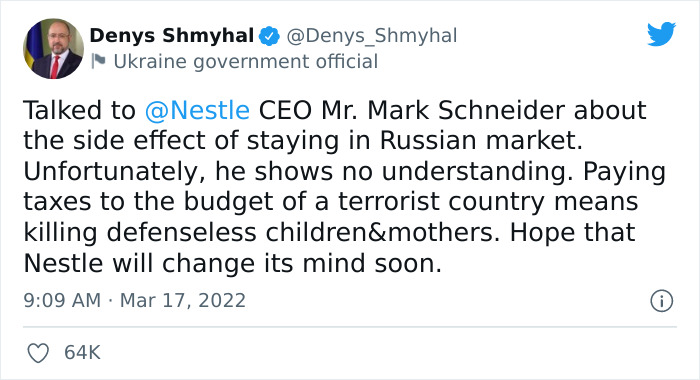 FYI, here’s a chart of brands that Nestle owns 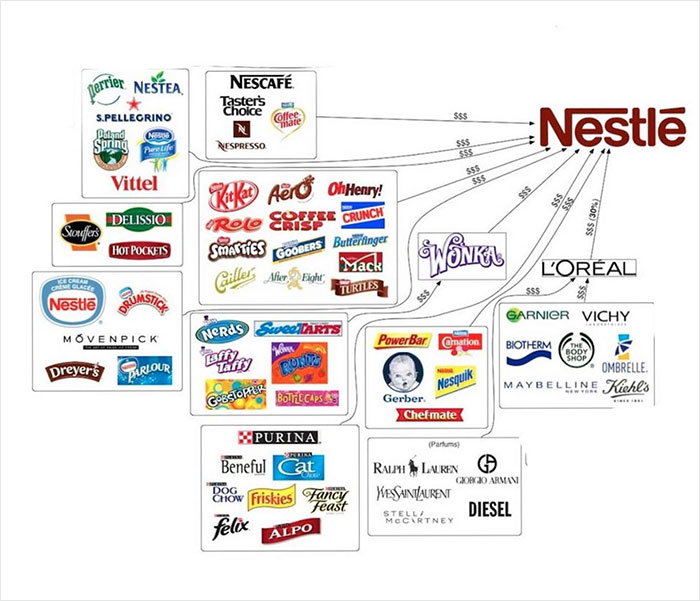 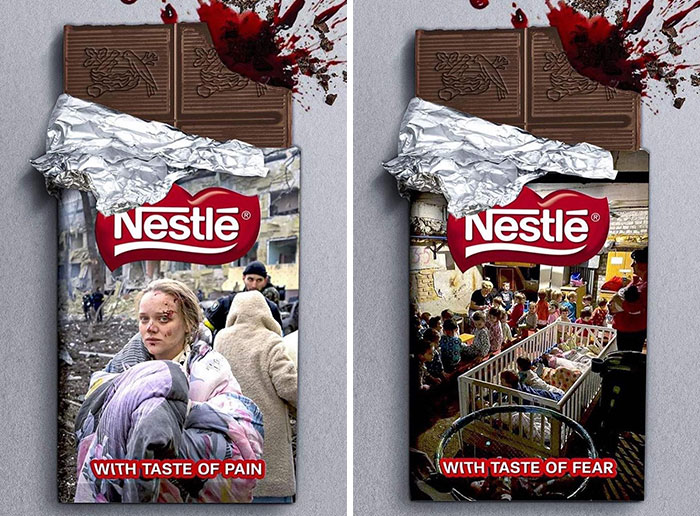 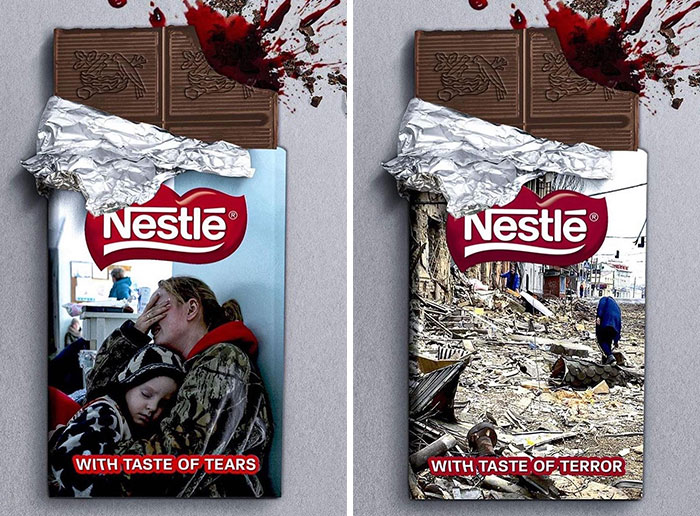 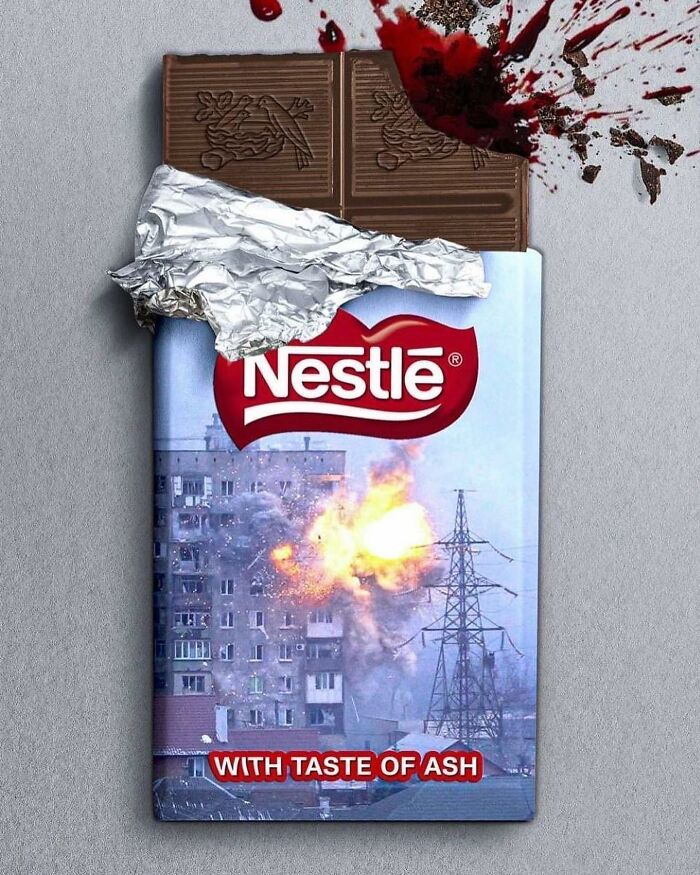 People on Twitter responded by pointing out some companies that weren’t included in the visual the hackers provided—companies like Renault and Philip Morris. Others were thanking the hacktivist group for taking an active stand and bringing the battle to the oppressors, hindering Russia’s operations in any way they can.

Mane have come out, highlighting other companies that should be added to Anonymous’ list, and thanking the hacktivists for their support 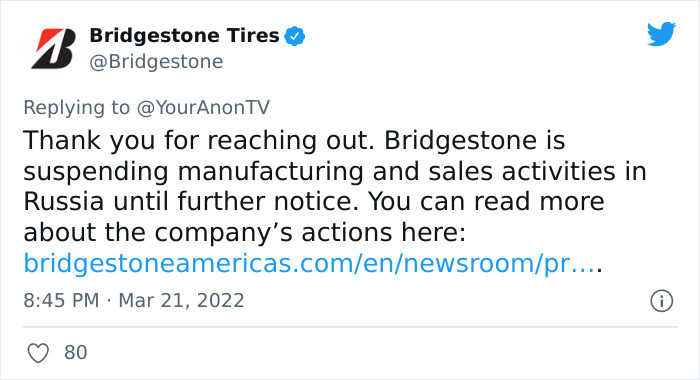 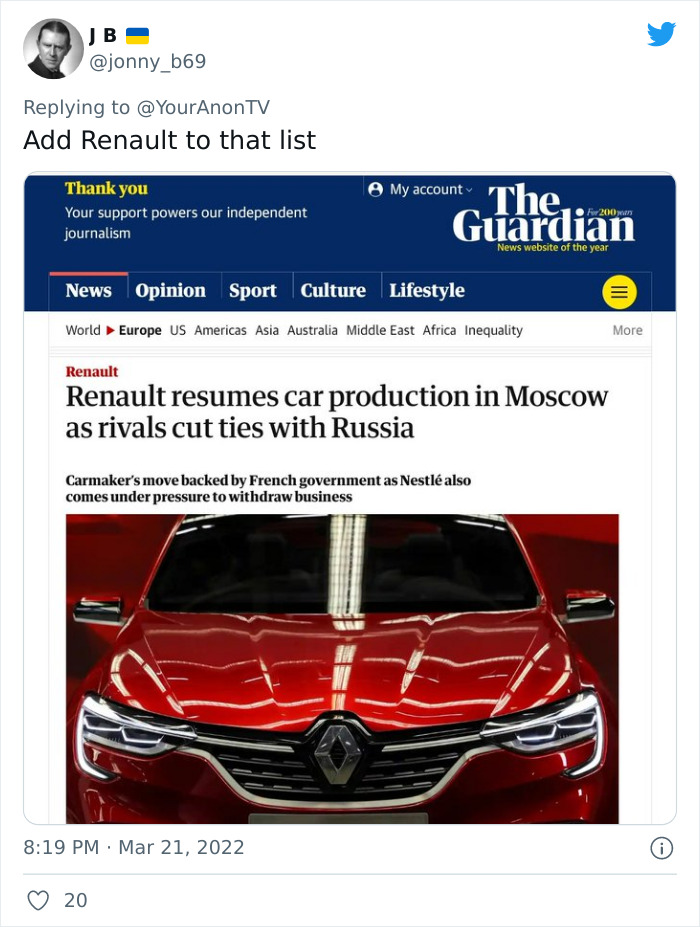 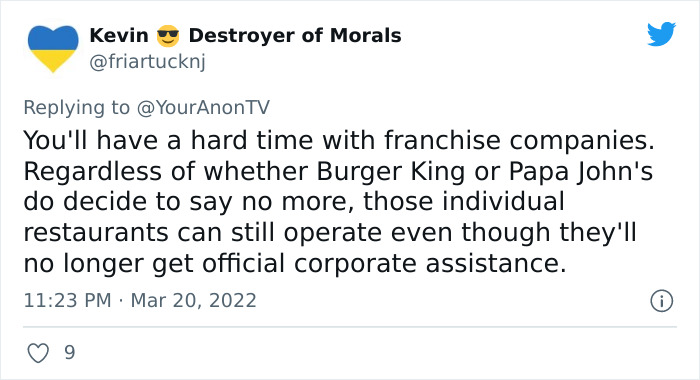 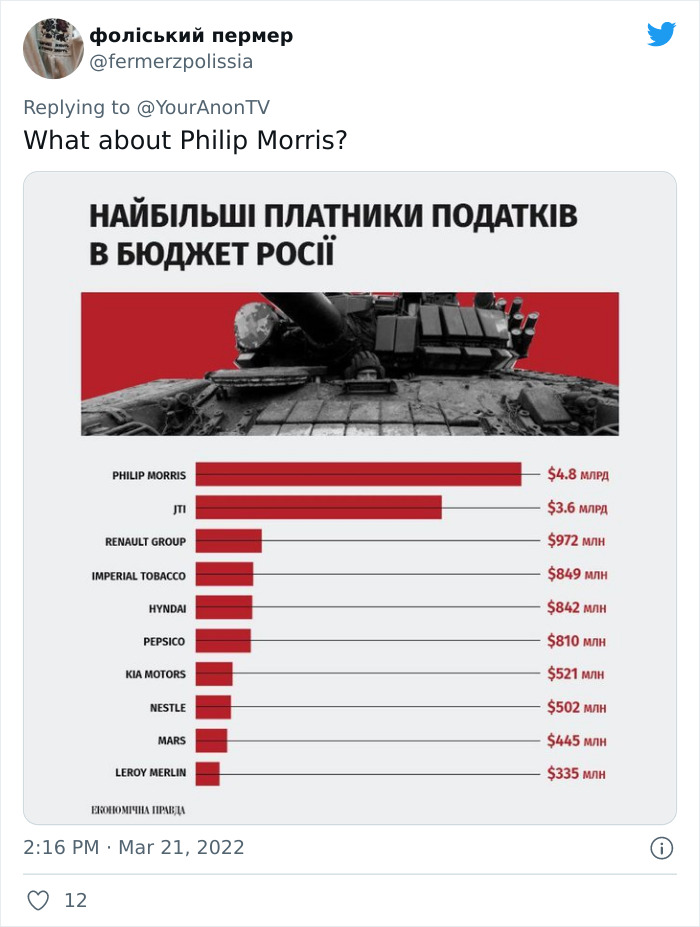 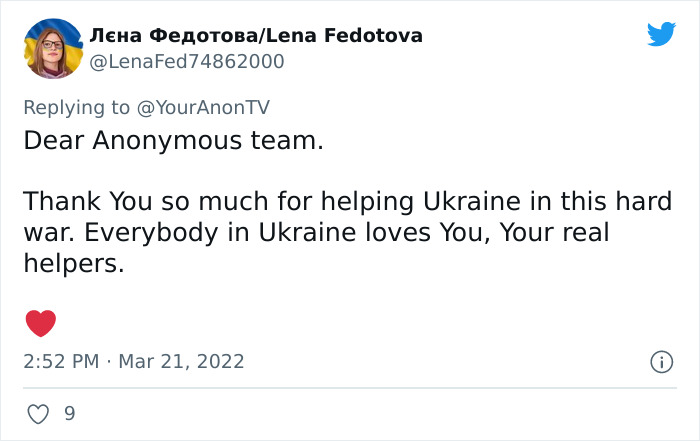 The tweet got almost 20,000 likes and over 5,600 retweets as of this article. You can check out the tweet in context here, but before you go, let us know your thoughts in the comment section below!

The post Western Brands That Are Still Operating In Russia Received A Warning On Twitter From “Anonymous” Urging Them To Pull Out Within 48 Hours first appeared on Bored Panda.