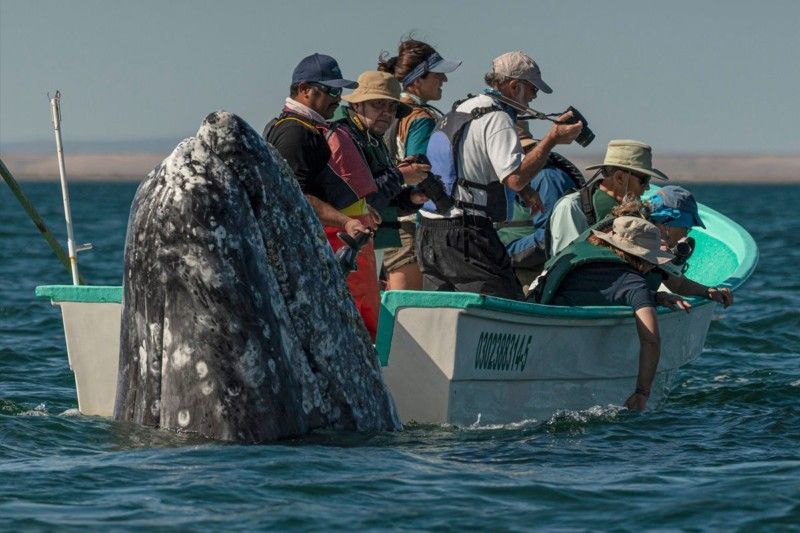 Surprise! You have to admit, the whale is equipped with stealth skills. This funny photo of a sneaky whale popping up right next to a group of whale watchers was taken by photographer Eric Smith. Smith watched a mother gray whale and her baby as they approached tourists. The baby whale took the attention of the tourists as it approached near the bow of the vessel, so they missed the mother whale popping up at the stern:

This behavior is known as spyhopping — the whale rises and stays partially out of the ocean to look at something above water. Depending on how curious it is, whales may spyhop for minutes at a time.

“Spyhopping often occurs during a ‘mugging’ situation, where the focus of a whale’s attention is on a boat, such as whale-watching tours, which they sometimes approach and interact with,” Wikipediastates.

Luckily for the tourists and photographers on the panga, they noticed the mother whale just a moment after Smith captured the photograph.