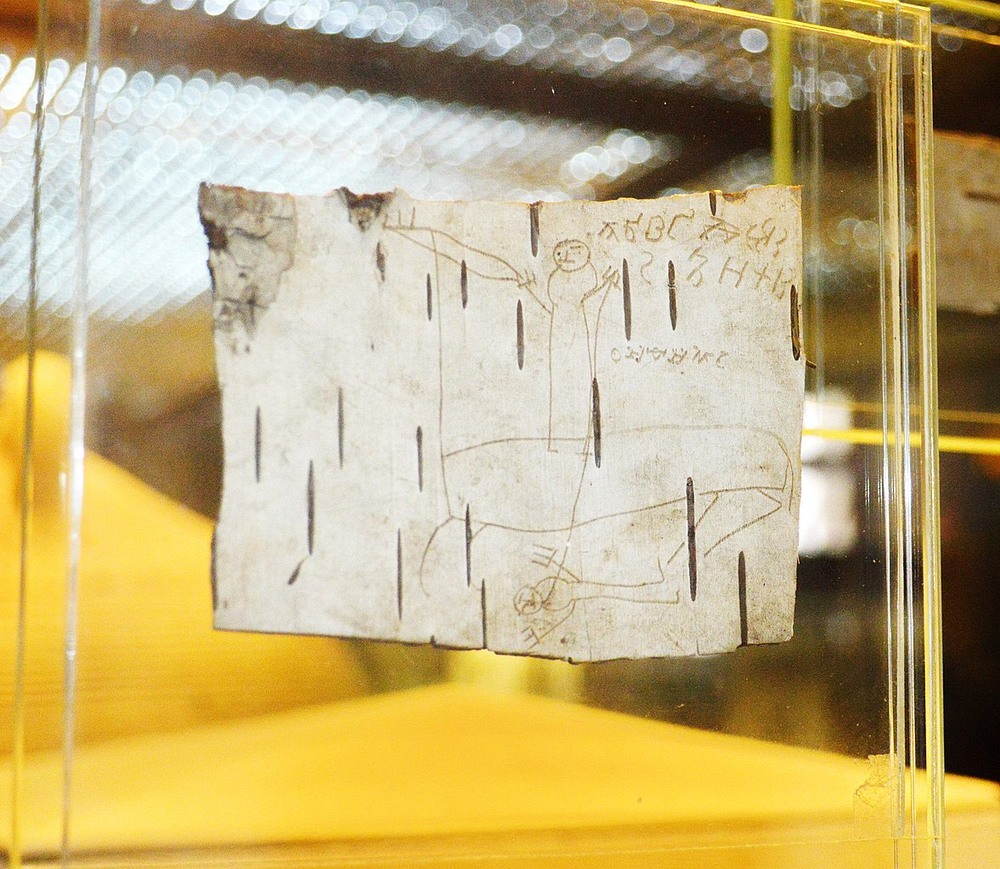 Fifty years ago, a trove of manuscripts written on birch bark was discovered in the Russian city of Novgorod, situated some 200 kilometers south of Saint Petersburg. Birch bark was frequently used in the old days as a replacement for paper, which was—until a few centuries ago—a valuable commodity. Birch trees were widely available and could be easily cultivated. In fact, Novgorod is surrounded by birch forests, whose bark was used for centuries by the locals for writing since it was soft and easily scratched. Thin pieces of birch bark was almost as good as wood-pulp paper, while requiring nothing to manufacture.