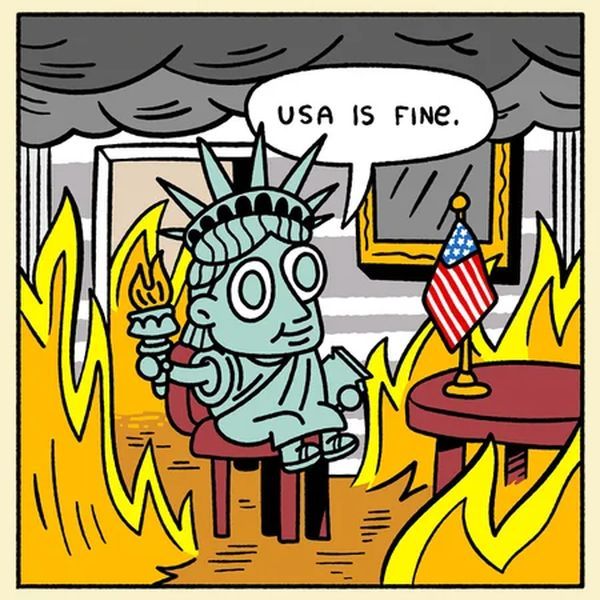 If you watch the nightly news, it seems that Americans live in a highly divided society on the verge of splitting into two polar political opposites. From vaccine policies to mask mandates to views on the event of January 6th, Americans are split along old and familiar political fault lines.

So it’s refreshing to me to find these 2021 poll results from the Pew Research Center and Gallup that show that Americans are actually quite unified in many  areas: the majority of people across the country, from both blue states and red states, and across various socio-economic strata – actually agree with each other.

(Image above: USA is Fine by Demonigote)

Here are what the majority of Americans agree on: 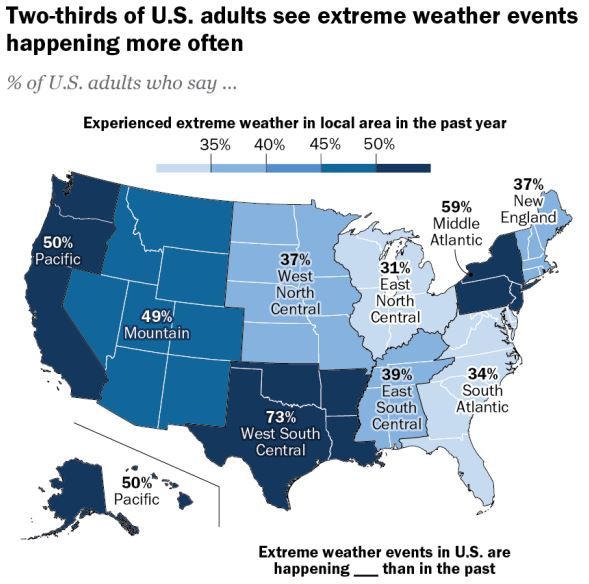 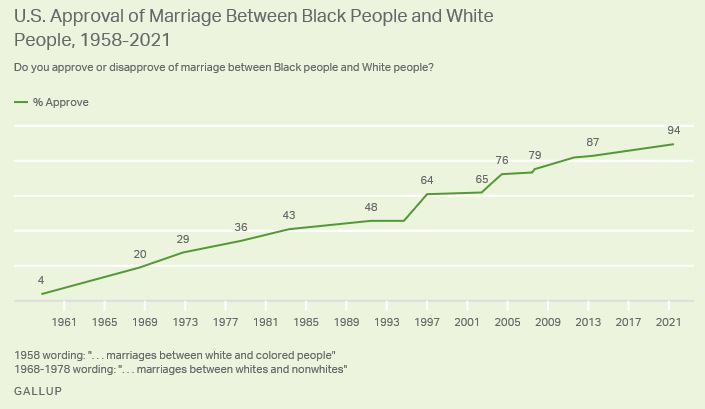 94% of Americans approve of interracial marriage

In 1958, Gallup started asking the question of whether Americans approve or disapprove of marriage between Black people and White people. Back then, only 4% of people approved. In 1997, the approval rate passed the 50% mark and in 2021, the approval rate of interracial marriage reached an all-time high of 94%. 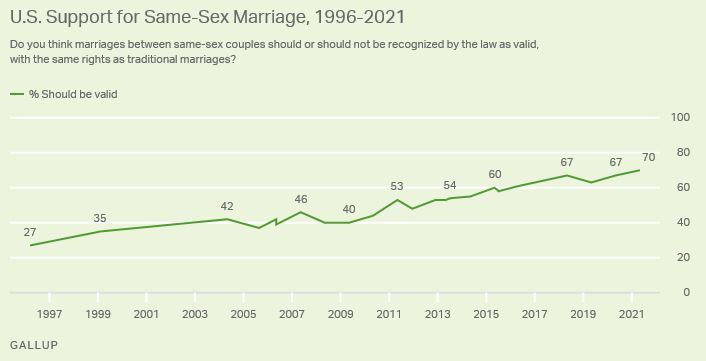 Similarly, Gallup sees a trend of support for same-sex marriage reaching an all time high in 2021. In 1996, when the company started polling Americans on their views on same-sex marriage, only 27% of adults support it. Today, that number is 70%. 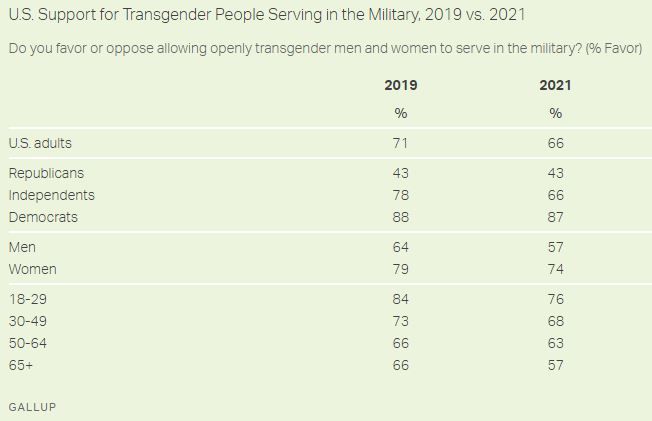 66% of Americans support transgender people serving in the military

The American views on transgender issues remain more divided, but those that favor allowing openly transgender people serving in the military is a solid 66% according to Gallup.  In contrast, a majority of Americans (62%) think that transgender athletes should only be allowed to play sports in teams based on their birth gender, rather than their gender identities.

An interesting note is that the American view on transgender issues is very likely to change in the future, as the younger generations become a larger part of the population. This is because today, only 19% of adults aged 65 and older know a transgender person whereas half of adults younger than 30 personally know of one in their lives.

I suppose it’s not surprising that Americans now solidly favor the legalization of marijuana – this view is shared by the majority of US adults across all genders, age, income, and education.

In 1969, when Gallup first asked whether Americans think that marijuana should be legal, only 12% agreed. That number crossed into the majority in 2013, and now reaches an all time high of 68%. 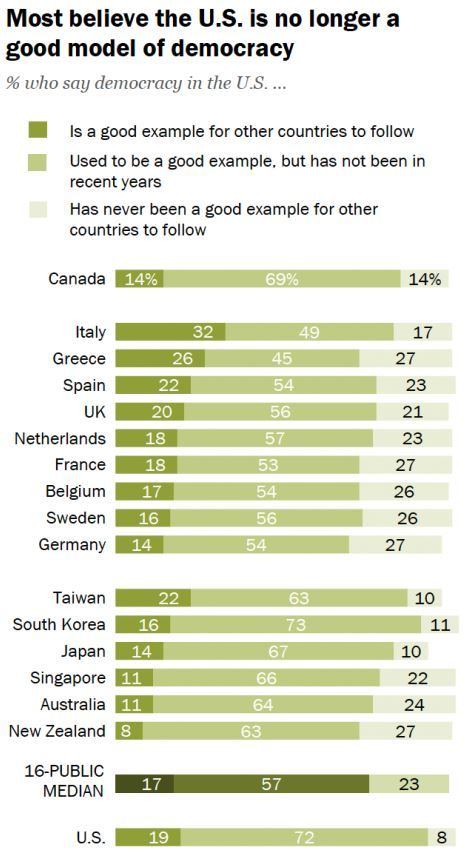 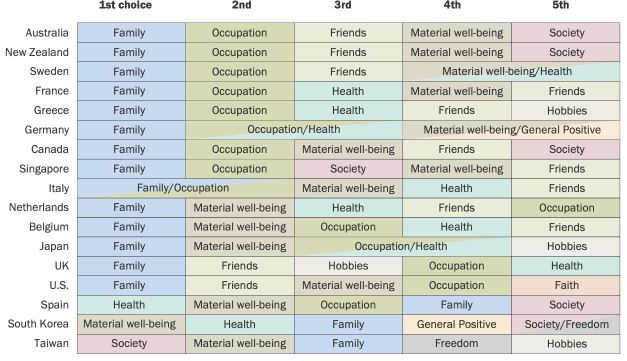 Family is the top source of meaning in life for Americans

Let’s end this with this global study by Pew Research, where they asked adults across 17 countries with advanced economies the open-ended question of what gives them the most meaning in their lives.

Americans, like people from the majority of the countries polled, answered that family is what gives their lives the most meaning. Nearly half of all Americans put family as the top answer.

While that is not all too surprising (family is chosen by 14 out of the 17 countries polled), it does show that in some countries, family isn’t all what it’s cracked up to be: In Spain, people valued health as the top factor, with family a distant fourth. In Taiwan, society is number one. South Koreans, it seems, are the odd fellow: they value material well-being as the top source of meaning in their lives!