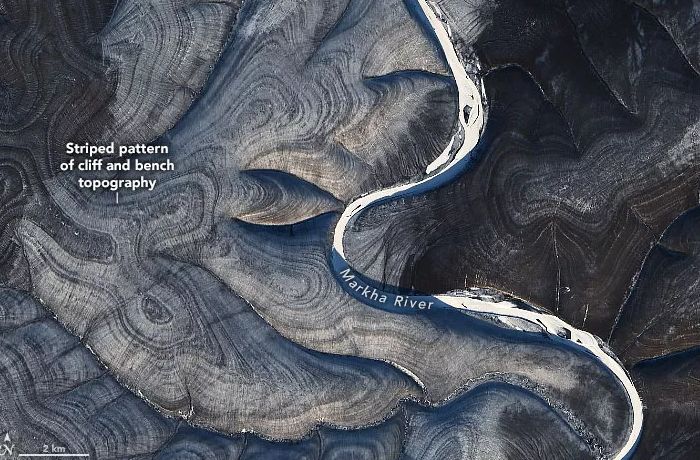 NASA has spotted strange stripes in a particular section in Arctic Siberia in a series of satellite images. Taken with the Landsat 8 satellite, the images show the land on both sides of the Markha River rippling with stripes. The stripes are most pronounced in winter, with the white snow contrasting with the dark rippling pattern. But why is it there? Live Science offers an explanations:

One possible explanation is written in the icy ground. This region of the Central Siberian Plateau spends about 90% of the year covered in permafrost, according to NASA, though it occasionally thaws for brief intervals. Patches of land that continuously freeze, thaw and freeze again have been known to take on strange circular or stripy designs called patterned ground, scientists reported in a study published in January 2003 in the journal Science. The effect occurs when soils and stones naturally sort themselves during the freeze-thaw cycle.