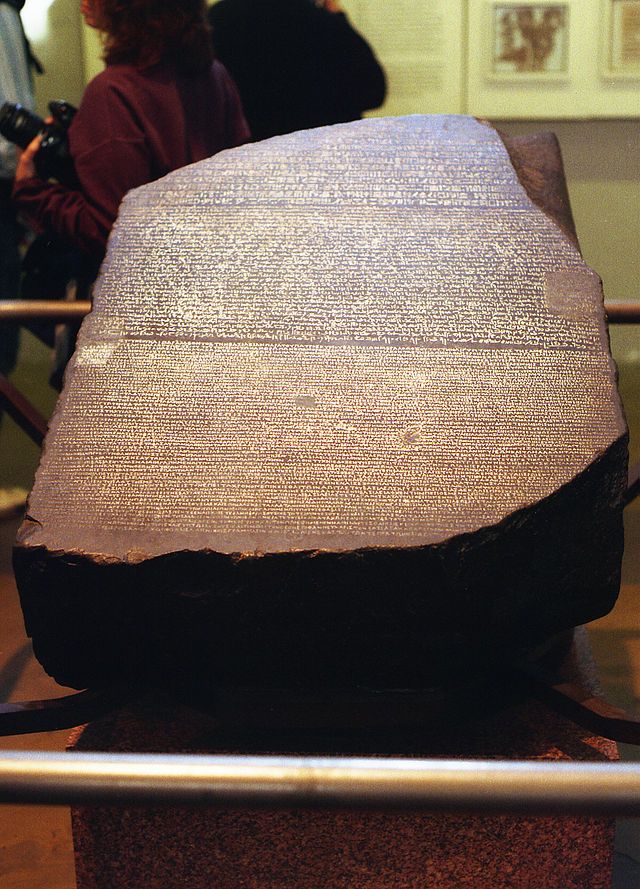 Here’s what we know about the Rosetta Stone: it’s a stone that is inscribed with a decree about all the good things Pharaoh Ptolemy V did for the priests and the people of Egypt. It’s also notable for the 3 different languages used to portray this message: Demotic, hieroglyphic, and Greek.

That’s what all of us can say about it, whether it’s via a quick search on the Internet (which we are guilty of, it happens to the best of us, sometimes we don’t know the full details about this Stone except for languages) or stock knowledge. There are still things about the famous artifact that evade us, such as why was it built. Additionally, what does the stone actually say, word for word?

Well, if you’re curious about that, Ilona Regulski has got you covered. Watch the curator of the Egyptian written culture at the British Museum in London as she walks viewers through the stone and its ‘decree’, issued during the Ptolemaic dynasty in 196 BCE here!