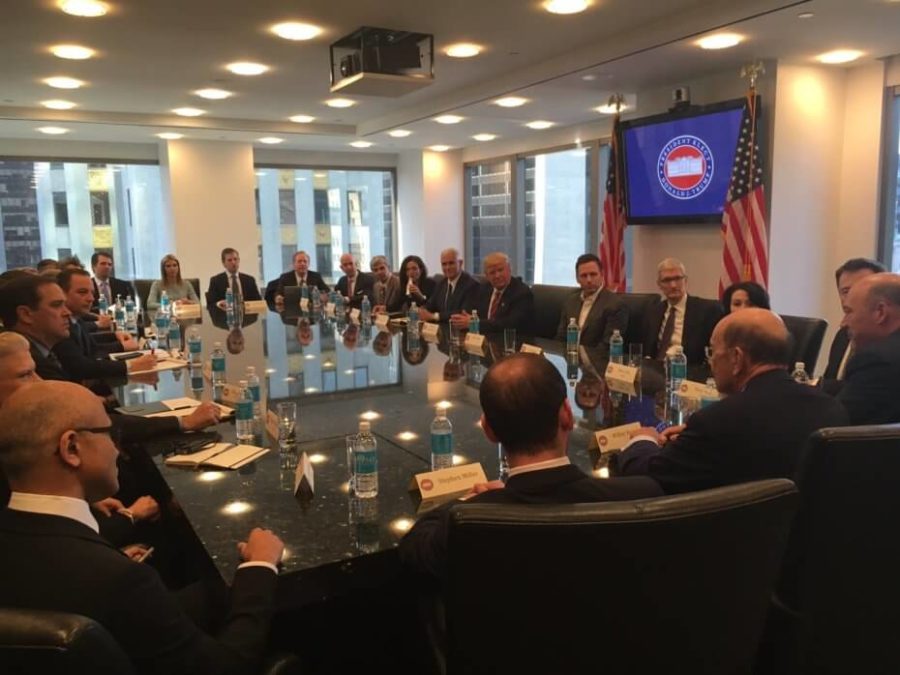 In December 2016, then President-elect Trump held a meeting with tech leaders, telling them “I’m here to help.” Led by close advisor, billionaire investor Peter Thiel, the group was hand-picked for their abilities to shape the global economy.

From Google to Apple, Microsoft to Amazon, the world is watching to see how these influential corporations will align with the new White House. The first test—President Trump’s new Executive Order that bans all refugees from entering the country for 120 days, as well as any citizens from six predominantly Muslim countries for 90 days and from Syria permanently.

As protests sprung up across the United States and attorneys flocked to airports to volunteer their services, tech giants—some of whom have a large immigrant workforce—expressed themselves on the web. Let’s take a look at each company’s stance on what is being dubbed the “Muslim ban.”

“Apple would not exist without immigration, let alone thrive and innovate the way we do. I’ve heard from many of you who are deeply concerned about the executive order issued yesterday restricting immigration from seven Muslim-majority countries. I share your concerns. It is not a policy we support,” wrote Cook in an email to employees released by Redcode.

Cook continued on to state that Apple’s HR and Legal team is in contact with employees who were affected by the immigration order, and will do everything in their power to assist them.

The Microsoft CEO, an immigrant himself, released the following statement on LinkedIn: “As an immigrant and as a CEO, I’ve both experienced and seen the positive impact that immigration has on our company, for the country, and for the world. We will continue to advocate on this important topic.”

Along with Nadella’s sentiments, the company released Smith’s internal email to employees, which lays out the company’s position. In his message, he notes that Microsoft has 76 employees directly affected by the Executive Order.

“As a company, Microsoft believes in a strong and balanced high-skilled immigration system. We also believe in broader immigration opportunities, like the protections for talented and law-abiding young people under the Deferred Access for Childhood Arrivals (DACA) Program, often called ‘Dreamers.’ We believe that immigration laws can and should protect the public without sacrificing people’s freedom of expression or religion. And we believe in the importance of protecting legitimate and law-abiding refugees whose very lives may be at stake in immigration proceedings.” 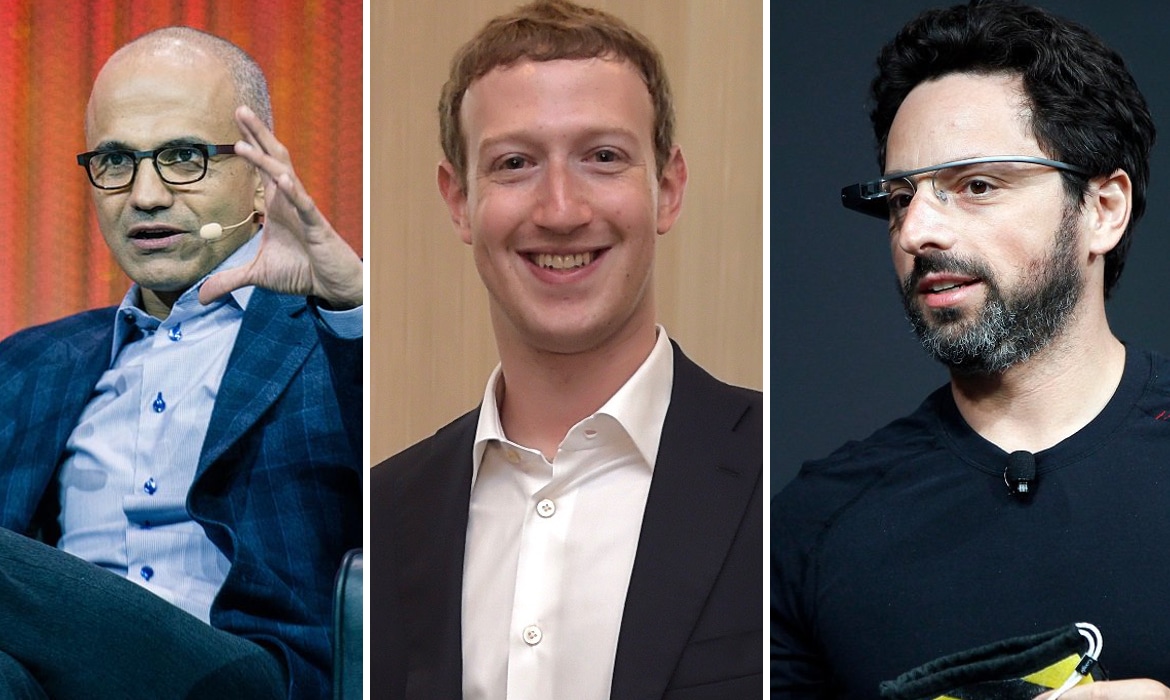 With the creation of a $4 million fund to aid in the fight against the immigration ban, Google’s position is clear. And with almost 200 employees touched by the order, the tech giant has been hit particularly hard.

“It’s painful to see the personal cost of this executive order on our colleagues,” Pichai wrote in the memo obtained by Bloomberg News. “We’ve always made our view on immigration issues known publicly and will continue to do so.”

Brin, who was born in Moscow, but came to the United States at age 6 in order to escape Anti-semitism in the Soviet Union, joined protestors at LAX. He stated, “I’m here because I’m a refugee.”

While Zuckerberg wasn’t at Trump’s tech summit—Sheryl Sandberg has the honor and she’s none too pleased with certain Trump policies—we couldn’t leave out the Facebook guru’s sentiments.

Released via Facebook, the CEO declared, “My great grandparents came from Germany, Austria and Poland. Priscilla’s parents were refugees from China and Vietnam. The United States is a nation of immigrants, and we should be proud of that. Like many of you, I’m concerned about the impact of the recent executive orders signed by President Trump.

“We need to keep this country safe, but we should do that by focusing on people who actually pose a threat. Expanding the focus of law enforcement beyond people who are real threats would make all Americans less safe by diverting resources, while millions of undocumented folks who don’t pose a threat will live in fear of deportation. We should also keep our doors open to refugees and those who need help. That’s who we are. Had we turned away refugees a few decades ago, Priscilla’s family wouldn’t be here today.”

While Bezos has not released a public statement regarding the immigration ban, Washington Attorney General Bob Ferguson stated that Amazon will be supporting a state lawsuit against the order.

Musk let his feeling be known via a succinct Tweet: “The blanket entry ban on citizens from certain primarily Muslim countries is not the best way to address the country’s challenges.”

Perhaps Trump’s strongest Silicon Valley supporter, Thiel released a statement via a spokesperson. “Peter doesn’t support a religious test, and the administration has not imposed one.”

Though Twitter wasn’t invited to the Tech Summit, we felt it fitting to end with Dorsey’s statement, given President Trump’s affinity for the service.

The CEO tweeted from his personal account: “The Executive Order’s humanitarian and economic impact is real and upsetting. We benefit from what refugees and immigrants bring to the U.S.”

Later in the day, Twitter’s official account wrote: “Twitter is built by immigrants of all religions. We stand for and with them, always.”

The post What Does the Tech World Think of President Trump’s Immigration Policy? appeared first on My Modern Met.