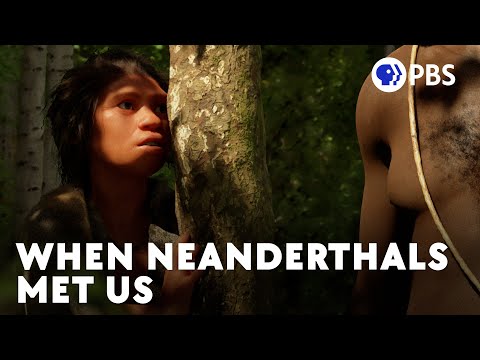 We already know that when the big migration of modern humans (homo sapiens) flowed out of Africa into Europe about 80,000 years ago, they interbred with Neanderthals. That’s why most people on earth now have some vestiges of Neanderthal DNA, although Neanderthals as a species died out. But more recent research shows the gene pool flowed the other way as well, and much earlier than we thought. Sequencing the genes of Neanderthals that died very long ago isn’t easy, but it has yielded evidence that homo sapiens and Neanderthals interbred long, long before the big migration from Africa that saw homo sapiens take over the world. The key to this discovery is the Y chromosome, which had been very hard to find in Neanderthal remains. But when scientists finally found it, the results are astonishing. PBS Eons explains what’s been discovered, and how these new findings change the history of humanity.

Books That Can Make You Smarter

What Are Car Washes Really Doing To Your Car?

New Minerals Found Inside a Meteorite