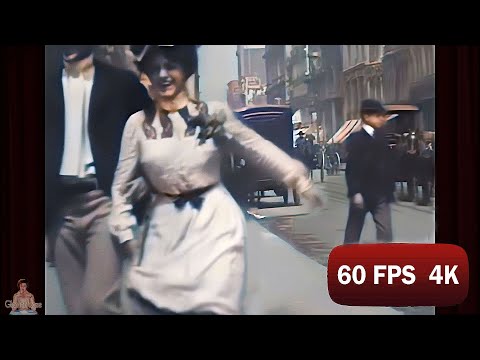 Fifty-four years before Marilyn Monroe starred in The Seven Year Itch, the same scene of a white dress being blown by an updraft from a sidewalk vent was shown to theater patrons. The 1901 movie was called What Happened on Twenty-third Street, New York City, and it was all of 77 seconds long. The film was presented as a slice of life, but it was scripted, and starred Florence Georgie and A.C. Abadie. The surviving film was in pretty bad condition. This copy has been restored and modernized by artificial intelligence.

Oh yeah, they added a bit of sound, too. The result is altogether charming. -via Nag on the Lake