The diminutive French military leader Napoléon Bonaparte lies buried in a crypt under the dome at Les Invalides, in Paris, sans many vital body parts, one being his penis.

After the Little Corporal died on 5 May 1821, his autopsy was witnessed by no less than seventeen people, eight of them physicians, so it must been an act of extreme stealth, as the story goes, when Francesco Antommarchi, the lead doctor, snipped off the love appendage from its owner. Another theory is that the genitalia was cut-off by Napoleon's priest Ange-Paul Vignali, while conducting the last rites upon the Emperor's body. And it was not the only body part that was so unceremoniously stolen from the Emperor. Napoleon’s second valet, Louis-Étienne Saint-Denis, who was also present during the autopsy, confessed to have stolen two little pieces from a rib “taking advantage of a moment when the eyes of the English were not fixed on the body”. These two body parts also went to Vignali. 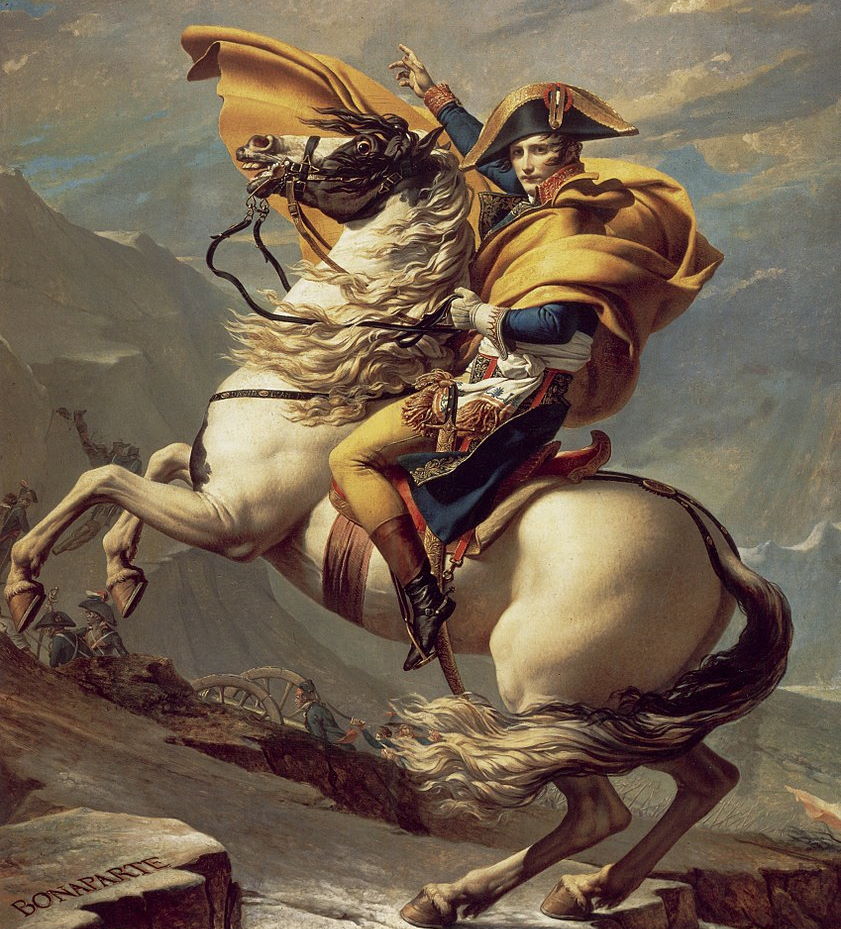 “Napoleon Crossing the Alps” by the French artist Jacques-Louis David.