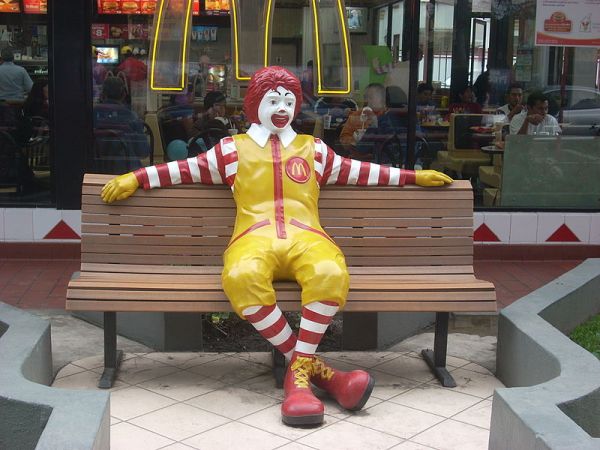 This may have flown under your radar, but you don’t see much of Ronald McDonald anymore. The McDonald’s advertising mascot was everywhere in the 1980s and ’90s, encouraging children to bug their parents about going to McDonald’s for dinner. Today he’s almost fallen off the radar, and is completely gone from advertising in the UK. Well, there was that rash of scary clown sightings, but that was in 2016. Ronald was gone from British advertising in 2014. So what happened to the clown?

Attempts to get to the bottom of the mystery demonstrate that while Ronald has left our screens, he looms large in our memories. One media man who worked on McDonald’s UK advertising for three years simply said, “I don’t fancy being sued by a clown”. Aye Jaye, an LA-based former Ronald who wrote the official rulebook for playing the character (don’t hug kids, pat them on the back) said, “Unfortunately I’m not allowed [to talk]”. The co-author of a 1972 rulebook named Ronald and How, which warned Ronalds to never tell children that hamburgers are made of cows, also declined to speak, noting that he no longer has a copy of the book after returning his materials to McDonald’s upon his retirement.

So we are left to reconstruct the demise of Ronald McDonald in a roundabout way. It appears to be a confluence of a push for better nutrition for children, the reputation of clowns in general, and McDonald’s drive to make their restaurants more upscale to appeal to adults. There have been few missteps along the way, which you can read about at Vice. Ronald is not quite as extinct in the US, which may have something to do with the prominent Ronald McDonald House charities. -via Digg