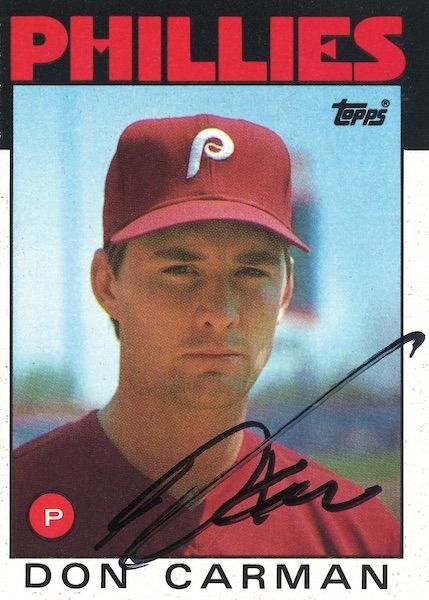 Brad Balukjian is a lifelong baseball fan who spent his childhood in the 1980s collecting baseball cards. Upon reaching his 30s, Balukjian realized he was at the age that most baseball players are retired, with a lot of life left. What happened to all those sports heroes on the cards he collected in his youth? To find out, he devised a plan that eventually became the basis for his new book The Wax Pack: On the Open Road in Search of Baseball’s Afterlife.

Pondering what happened to his heroes after they retired, Balukjian came up with a plan: In fall 2014, he went on eBay and ordered about a dozen sealed packs of Topps baseball cards from 1986, and opened them, searching for a pack with a set of 14 players who would make for a good cross-country road trip.

While digging into all those old baseball-card packs, Balukjian even gave into the temptation to try the nearly 30-year-old gum. “I remove the calcified stick of gum with the caution of a bomb expert, place it in my mouth, and clench down on its powdered surface, splintering it into a thousand crumbs, which instantly dissolve on my tongue,” he writes in The Wax Pack. “It’s delightfully gross.”

Once he settled on a pack, Balukjian then planned to spend the summer of 2015 driving across the United States in his 2002 Honda Accord trying to meet each of the former players in his baseball-card pack, the “Wax Packers” as he calls them, to find out what fate befell each one. He would blog about his adventures each day of the trip and hoped the blog could turn into a book.

Balukjian settled on a pack of 14 players and managed to meet and get to know most of them. He found them to be much more interesting and complex than their baseball cards, or their sports careers, would lead one to believe. They came from varied backgrounds, often from small towns, broken homes, and even abusive childhoods. They dealt with career problems such as adultery, racism, and substance abuse. The Wax Packers opened up to him for the most part and became friends. Read about that road trip, and oh yeah baseball cards, too, in an article that will appeal to both fans and people who don’t know a thing about baseball at Collectors Weekly.