You’re lonely. You’re hungover. You’re hungry. But there’s nothing in the fridge that’s delicious and quick enough to satiate that gurgling stomach. Who are you gonna call? Your mom? No, the pizza delivery service, of course! There’s nothing more satisfying than a cheesy triangle of happiness, delivered straight to your door by the friendly delivery human.

However, a little debate has started online regarding the tips that these workers make. Should the delivery person be tipped? How much? Isn’t the delivery fee set for that in the first place? Well, Domino’s delivery driver Alison has come onto TikTok to show how much she earns in tips per day, and to say that it’s caused some commotion would be an understatement.

Make sure you upvote the story to keep the discussion going, leaving your opinions in the comments below. Without further ado, grab a slice and let’s get into it! 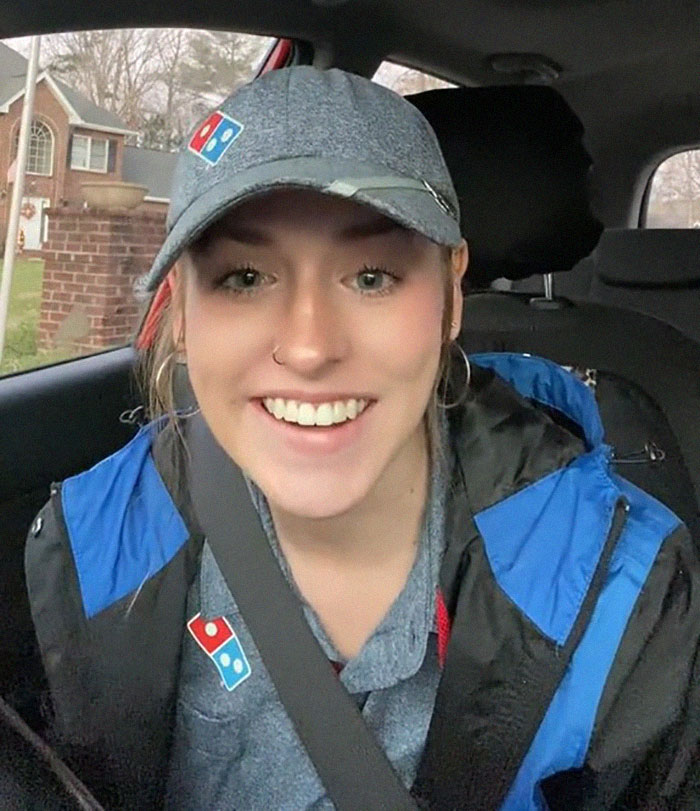 As you pace around—window to door and back again—impatiently awaiting the arrival of your din-dins, how much are you thinking about the tip you’ll be giving the delivery driver going through rain, sleet, wind, and scorching heat? A little, not at all? Well, one delivery driver has caused some debate to rise up online regarding this very issue.

Alison, better known as allison_green0 on TikTok, has gone viral for sharing how much Domino’s delivery drivers tend to earn in tips on an average night. 860k views, thousands of likes, and hundreds of comments later, we end up with an interesting situation on our hands.

I think I should preface this by saying that we’ll be looking at the American tipping culture in this case, considering tips are seen as non-mandatory, or even insulting, in many parts of the world. Just because it isn’t customary to tip in your country, doesn’t mean it’s the same everywhere. Keep an open mind, and now let’s dive deeper into the details!

Tipping, although controversial, is an essential part of how restaurant workers earn a living in many North American and Canadian restaurants and chains 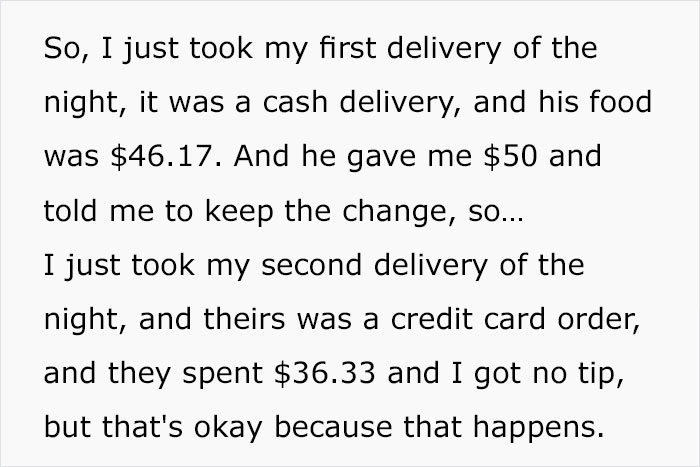 Many people assume that delivery drivers earn a tip from the delivery cost, but that is often not the case, as companies take that money to cover driver expenses 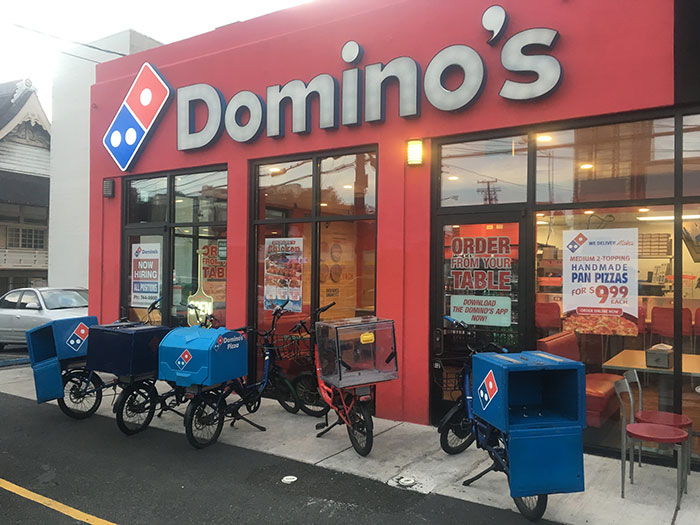 In the video, Alison took us through each delivery she made that night, detailing how much they spent and how much they left in tips. By the end of the night and over the course of 11 orders, she received $13 in cash tips and $42.29 in credit card tips, not counting her reimbursement for gas. This averages to a tip of $5.03 per delivery, though many deliveries varied in terms of the actual order cost.

“It’s not terrible for a Monday, but it could be better,” she said with a smile. “But it’s not terrible!” Many people were quick to praise Alison’s demeanor and positive attitude, stating that she’ll do incredible things in life if she keeps it up; however, they were shocked by the number of people who didn’t leave her a tip.

“I don’t understand how people can be OK with not tipping,” wrote one user. However, Alison was quick to state that she is happy with her work and appreciates the tips she does receive. “My hourly is 10$ which I know isn’t the best but my tips and gas reimbursement make up for it. And my paycheck doesn’t ever look [too] bad,” she wrote. In another comment, she added, “thank you to those who are willing to [tip], I very much appreciate it.” 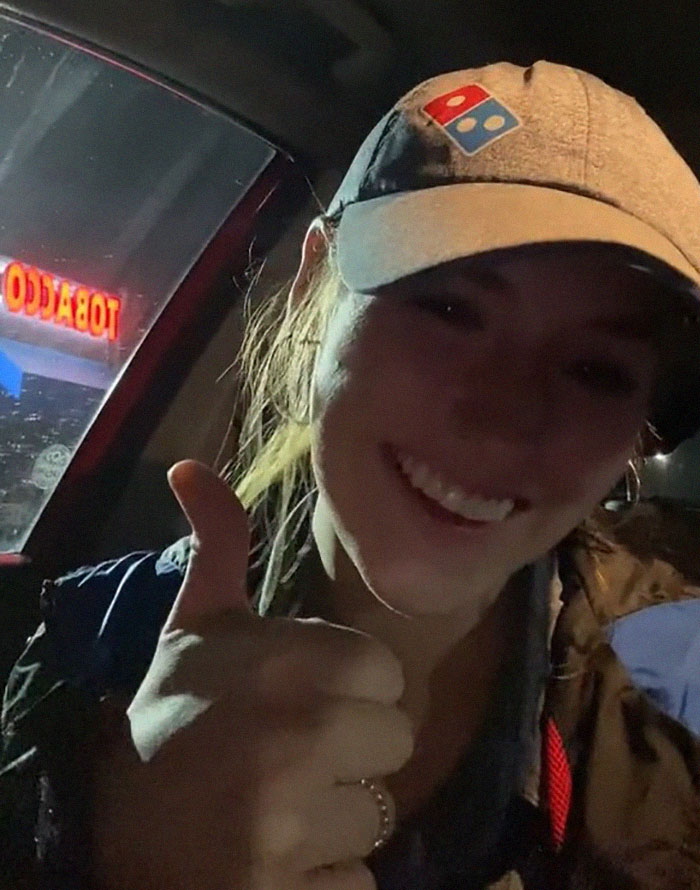 That didn’t seem to reassure the viewers. Speaking to Daily Dot, she expressed her surprise at the number of people who were upset by her not getting tipped consistently. “People have this mindset that me or any driver expects tips. Now I can’t speak for others, but as for myself, I don’t expect tips from anyone,” she stated.

“I know that there are going to be people who either don’t have the extra money for the tip or people who just don’t wanna tip, and that’s fine with me. I don’t need these people’s tips, and I don’t expect them—I just do my job because it’s my job, not because I want more tips or I’m expecting so many tips,” Alison continued.

She was quick to point out the positive aspects of being a delivery driver. “I love the fact that I get to meet so many people and I get to make people happy by bringing them the food they wanted after a long day!” she exclaimed. “And it’s fun to drive around all day.”

“It’s not terrible for a Monday,” she said with a smile. Alison stated in the comments: “thank you to those who are willing to [tip], I very much appreciate it” 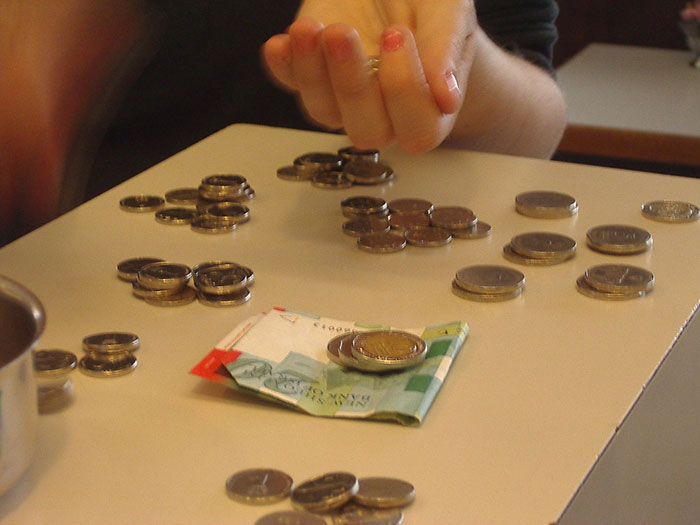 Let’s have a little look at the context. When you dine out at a restaurant, you tip your server. It’s an essential part of how restaurant workers earn a living in many North American restaurants. Ashlen Wilder explains that the history of tipping comes from 1850s Europe, where folks tipped their tavern workers to ensure quick and good service.

American travelers brought the custom back to the states as a way to feel aristocratic, unknowingly shifting traditions. Although there was a high level of resistance to it (William Scott even defined it as “a cancer in the breast of democracy” in 1916), tipping stuck after the abolition of slavery and the American Civil War.

Let’s take a look at the numbers. In 1966, Congress created the “tip credit,” which legally allows restaurants to pay restaurant workers a subminimum wage, accepting that tips will get them over the minimum wage threshold. Nowadays, the minimum wage for service staff starts at $7.25; however, that’s set to include tips.

In 1996, Congress froze the subminimum wage for tipped workers at $2.13 an hour, which seems to have stuck to this day. Realistically speaking, this is nowhere close to a livable wage, and workers should not be dependent on gratuities—inconsistent amounts of money—to make ends meet.

Furthermore, studies show that restaurants do not always follow tip credit laws and pay employees the amount needed to earn federal minimum wage if tips are not high enough.

You can watch the full video of Alison’s day here:

But getting back to delivery drivers—they get the delivery fee as a tip, right? Well, no, not necessarily! Very rarely does a portion of that fee get allocated to the driver. According to Chris Morran, usually the business itself takes the fee in order to cover driver expenses, such as paying for a portion of their gas, or other related expenses specific to the position itself (insurance, maintenance, etc.).

The future of tipping is very much dependent on technology, government policy, and public opinion. Mayhaps sooner than later, new policies will come to light that will once again mirror those of the European neighbors, changing tipping from a necessity to an appreciative gesture.

We wish Alison all the best in her future endeavors and hope that she’ll be getting all the tips she so well deserves! Leave us your thoughts on it all in the comments below, and I shall see you in the next one!

Many people were incredibly supportive of Alison, praising her positive attitude and expressing their disappointment with those who don’t tip 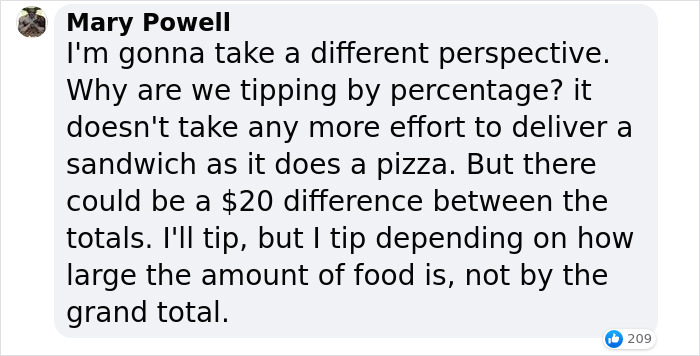 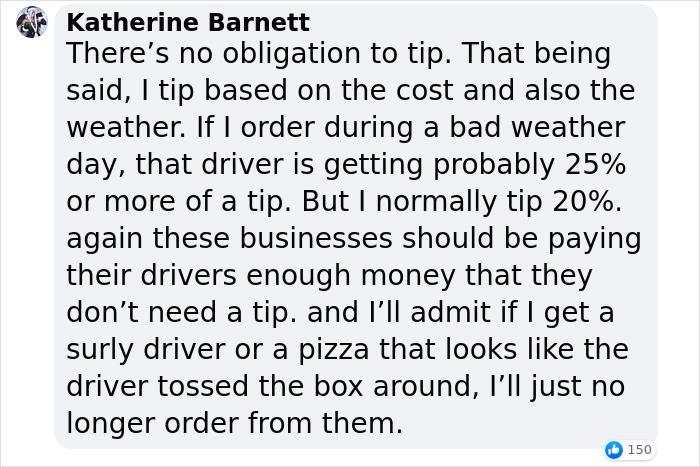 However, there were those that criticized tipping as a whole, with others not seeing the need to tip in the first place. Leave us your opinions below! 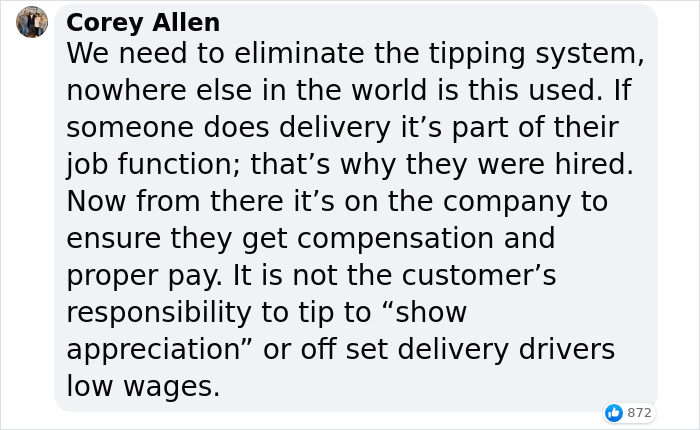 The post “What I Make In A Night”: Domino’s Delivery Driver Goes Viral With 816K Views After Sharing How Much She Earns In Tips first appeared on Bored Panda.