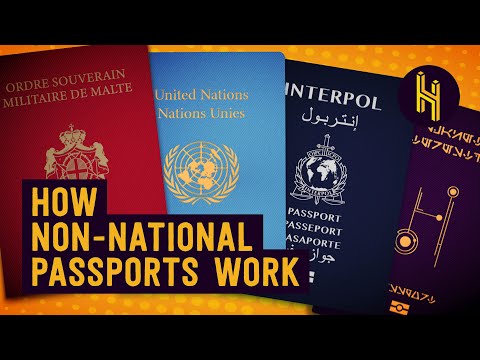 Passports can be weird. Some of them are proof of citizenship, while others are just proof of residency. They are mainly a well-vetted proof of identification, issued by national governments. Except when they are issued by groups that aren’t national governments. The legality of these non-national passports varies, and so do their value. Not all of them are accepted for crossing borders, at least not by all countries. In a few cases, whether a border agent will accept one of these non-governmental passports depends on how the agent feels that day. Then there are some such passports that are not only very valid, but also confer extra benefits, like those issued by the United Nations and Interpol. The video length is 4:50; the rest is an ad. -via Digg