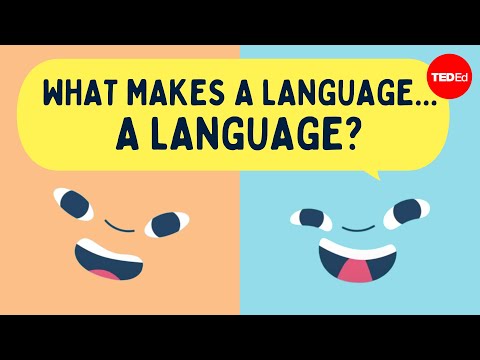 A Canadian friend of mine learned Polish from her parents. She traveled to Ukraine and was surprised to find she could understand people speaking Russian. Another friend from New York said he could understand people in the Netherlands easier than he could people in Tennessee. And my daughter spent years learning French, but then picked up Spanish in about a month. Languages flow into each other, but sometimes they grow apart. So what really defines a language as distinct from a dialect? And how different must a dialect be before it is considered another language? The answer may surprise you, but when you think about it, you won’t be surprised.