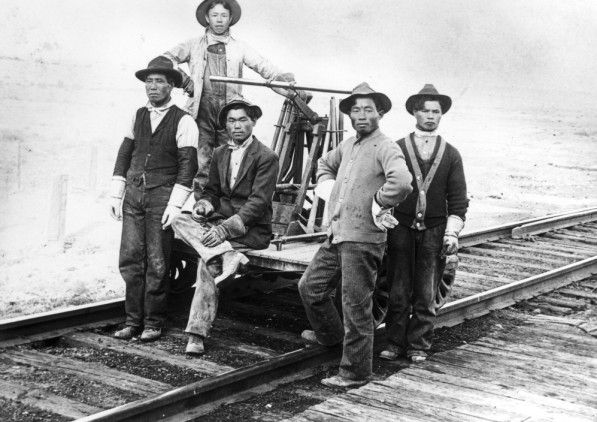 In the 1860s, separate railroad companies worked to connect the eastern US railroad system with the west coast. The Union Pacific Railroad began work at Council Bluffs, Iowa, and built westward. They employed Irish laborers along with Civil War veterans and formerly enslaved workers. The Central Pacific Railroad Company, building from California to the east, employed Chinese laborers. These immigrants blasted tunnels through the mountains and hauled tons of rock, in freezing conditions they weren’t accustomed to. They were generally treated abysmally.

Union Pacific provided their laborers in the east with free meals. The Chinese workers, by contrast, were forced to procure, prepare, and pay for their own meals. While this cut into the workers’ meager pay, it paradoxically worked out better in the long run, because left to their own devices, the Chinese teams ate much better food. Archaeological evidence left behind during the construction tell the story of the Transcontinental Railroad workers’ diet and how it fueled the massive project. Read that story at Atlas Obscura.