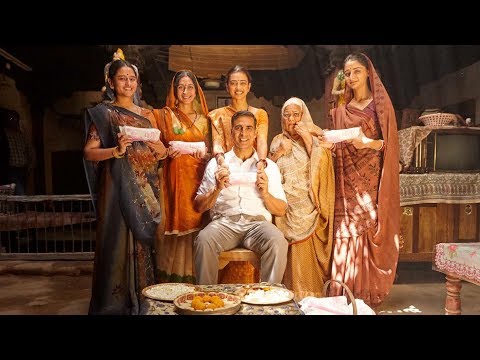 Women around the world suffer from two problems that we don’t think about much in the US. In many parts of the world, menstruation is seen as gross, unclean, or at least something that no one talks about. The other problem is that sanitary pads, tampons, and other supplies are outrageously expensive for too many women. In an article about periods, Messy Nessy Chic looks at how these two things collide in India, leaving women’s health and freedom at risk. It begins with a look at the 2018 Bollywood rom-com Pad Man, about an unlikely but eventually respected superhero.

It’s an unlikely love story about a young husband who will do anything for the comfort and happiness of his new bride, but finds himself unaware of the unhygienic and discriminatory practices she is subjected to when menstruating. In a part of the world where the topic of menstruation was discouraged in households and social circles; considered ‘unclean’; he risks being ridiculed and ostracised to generate awareness for women’s health in rural India.

The movie was inspired by the true story of Arunachalam Muruganantham, who indeed fought cultural taboos to bring affordable menstrual products to rural areas of India. He was also the subject of two documentaries and an earlier feature film. Arunachalam tells his own story in a 2012 Ted talk. You can find Pad Man on Netflix and other movie sources.