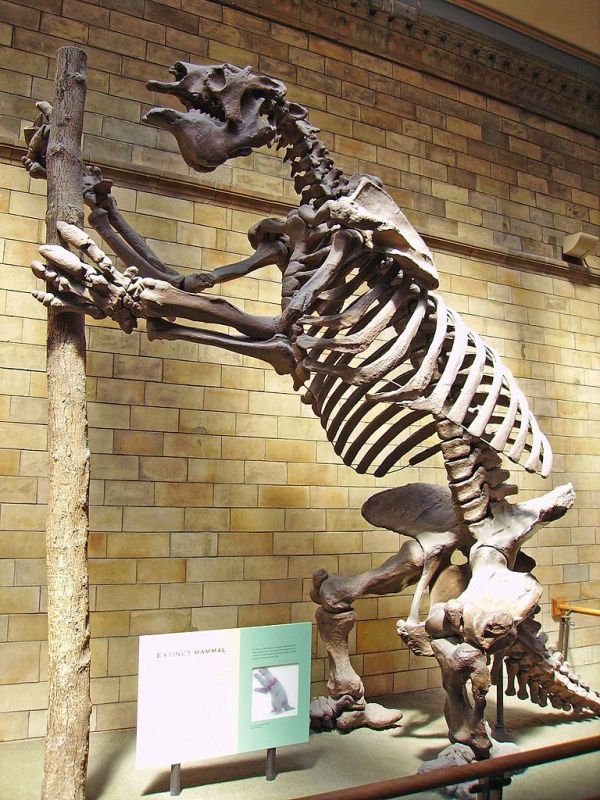 Humans hunted the Dodo to extinction in the late 1600s, leading us to believe it was the first example of human-driven species extinction. But it was only the first that was well-documented. Long before written records, people have hunted other species into oblivion, and all it takes to know that is to compare the records of human migration since homo set out  from Africa 125,000 years ago to the rise and fall of animal populations.

“As [hominids] migrated out of Africa, you see this incredibly regular pattern of extinction,” said Felisa Smith, a professor of ecology and evolutionary biology at the University of New Mexico, who studies how animals’ body sizes have changed over the course of history. As she and her colleagues explained in a 2018 study published in the journal Science, each time our ancestors set foot in new places, fossil records show that large-bodied species — the humongous prehistoric relatives of elephants, bears, antelope and other creatures — started going extinct within a few hundred to 1,000 years, at most. Such rapid extinction timescales don’t occur at any other point in the last several million years (not since the non-avian dinosaurs were wiped out by an asteroid about 65 million years ago.) “The only time you see it is when humans are involved, which is really striking,” Smith said.

But what about the time before that big human migration? There are clues that hominids had quite an effect on other African species long before we ventured out into the greater world. Read about human-driven species extinction at LiveScience. -via Damn Interesting