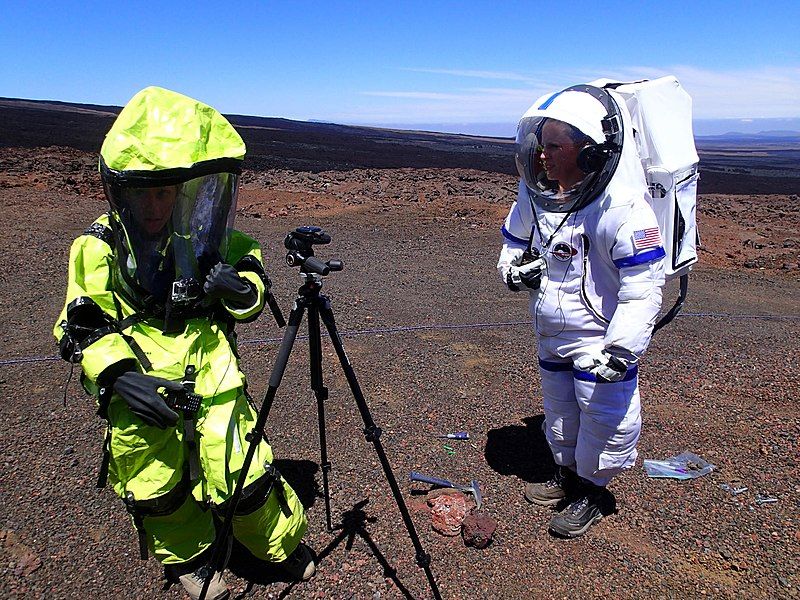 On February 15, 2018, a four person crew embarked on the sixth iteration of the Hawaii Space Exploration Analog and Simulation (HI-SEAS) on Mauna Loa on the Big Island. What began as an eight month simulation of living on the planet Mars, ended after only four days with one of the crew members taken away on a stretcher.

The program is run by University of Hawaii and funded by NASA.

Since 2013, small groups of people have made this drive (up the Northern slope of Mauna Loa) and moved into the dome, known as a habitat. Their job is to pretend that they really are on Mars, and then spend months living like it. The goal, for the researchers who send them there, is to figure out how human beings would do on a mission to the real thing.

However, on February 19th, the batteries powered by a solar array for the habitat and its systems lost its power due to lingering clouds over the volcano. When this happens, the crew is supposed to suit up, go outside, and turn on a car-size backup generator that runs on propane. After two crew members donned their space suits, they went outside and started the generator while the two other crew members flipped a switch on a circuit breaker inside the habitat.

When the suited-up crew members returned to the habitat, a crew member was typing furiously at a computer. The other looked stricken, pale. They said they didn’t feel well. They said they had sustained an electric shock. Learnabout the HI-SEAS program, previous missions and what went wrong during Mission Six at The Atantic via Get Pocket.