If California were a country its economy would be the fifth largest in the world. Yet the tech boom is not the starkest way California has ever stood apart from its neighbours. That would surely be the maps depicting it as an island, entire of itself. 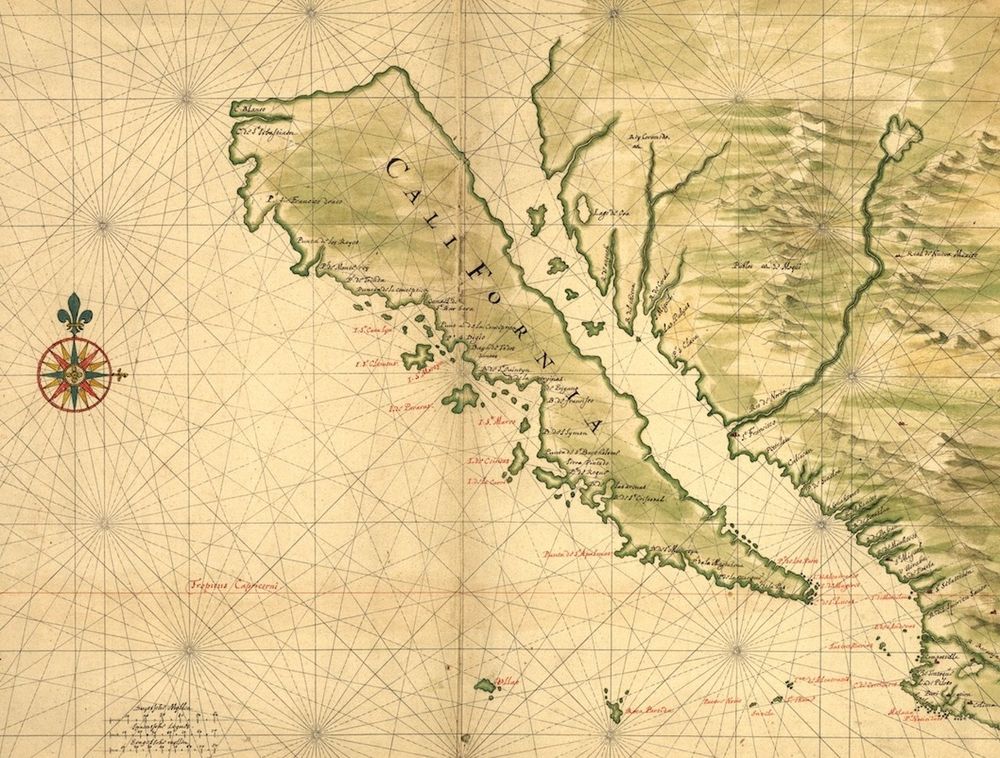 Map of California as an island, by Joan Vinckeboons, ca. 1650

The intriguing story of how the maps came to be deserves a little mapping itself. In the 1530s Spanish explorers led by Hernán Cortés encountered the strip of land we now know as the Baja Peninsula. They mistook it for an island and called it California. Both the name and the notion of it being an island came straight from the pages of a novel — a very popular Spanish romance, Las Sergas de Esplandián [The Adventures of Esplandián] (1510), which described an imaginary realm ruled by Queen Califia: