For almost three decades, from the 1950s though the 1970s, three gargantuan, smelly, whale carcasses toured the length and breadth of Europe. The three whales, named Goliath, Jonah and Hercules, were caught off the coast of Norway and were initially driven around Europe to promote the declining whaling industry after World War 2. Eventually, they were acquired by circus owners and showmen and exhibited as sideshow attractions. Before long, the whales had become an attraction in their own right. 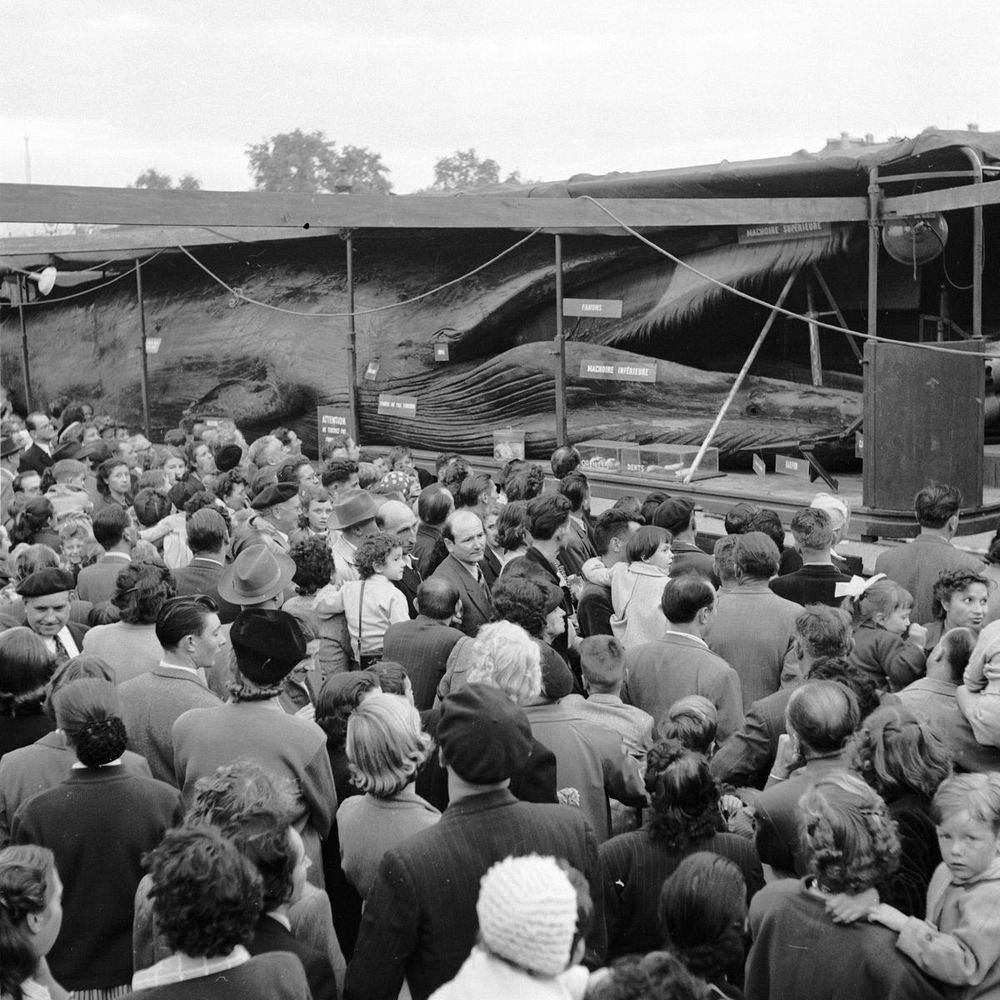 The 58-ton travelling whale Jonah, at an exhibition at Les Invalides in Paris, in 1955. Photo: Vagn Hansen/BIPs/Getty Images