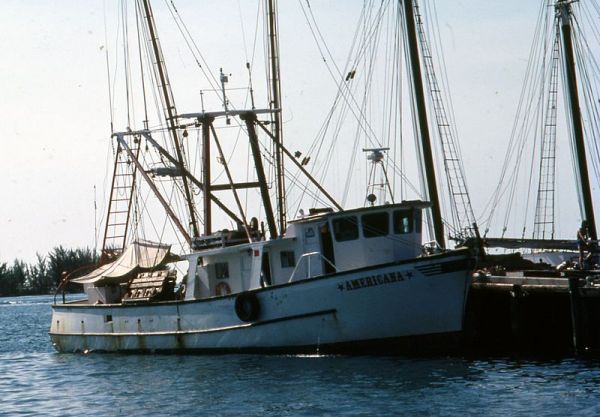 Thunderbolt, Georgia, was the center of the US shrimp industry for most of the 20th century. The entire town relied on the shrimp haul. But 1980 was not a good year. Shrimp were scarce, and the price of gas was rising. Many shrimpers took a loss just to go look for a catch.

Meanwhile, in Cuba, Fidel Castro had just granted dissidents a brief window of freedom. Anyone who didn’t support his Communist regime was permitted to leave, under two conditions: that they exit via the harbor at Mariel, 25 miles west from Havana, and that someone be there to pick them up. Within hours of that decree, a mass exodus had begun. In the shrimping community, word spread quickly that Cuban-American families would pay as much as $1,000 a head to boat captains who would transport their loved ones from Mariel.

In the following weeks, more than 100,000 emigrants poured out of Cuba through the strictly policed floodgates of Mariel Harbor. Upon reaching America, they became known as Marielitos; their egression, the Mariel Boatlift. The boats that arrived to retrieve them—a scrappy, ad-hoc fleet of privately chartered American fishing boats, lobster boats, and shrimping trawlers of varying sizes and degrees of seaworthiness—earned the name the “Freedom Flotilla.”

Thunderbolt’s desperate shrimp boat owners jumped at the opportunity, but complications soon arose. Boats were stuck in Cuba while their passengers went through the bureaucratic process of being released. And only a couple of weeks after announcing that Cuban refugees would be welcome, the Carter administration reversed its stance and declared the rescue missions illegal. The fallout would affect the shrimp boat crews of Thunderbolt for years afterward. Read the story of the Georgia shrimp boats and the Mariel Boatlift at Atlas Obscura.

Artist Patty Chang Puts Out an Open Call For Your Fears

An ASMR-style Fermentation Workshop for Your Viewing (and Snacking) Pleasure