Until about a century ago, in the western world, you couldn’t tell whether a young child was a girl or a boy from the way he or she dressed. All young children dressed alike, irrespective of their gender, in girls clothing complete with girly shoes, long hair and ponytails. Trousers or breeches wasn’t worn until boys were at least four, but some continued to wear skirts, gowns and petticoats until they were significantly older—about eight years of age. By that time, the boys would eagerly look forward to wearing their first pair of trousers. The donning of trousers was a very significant milestone in the life of a young boy, and this momentous event was celebrated with a ceremony known as “breeching”. 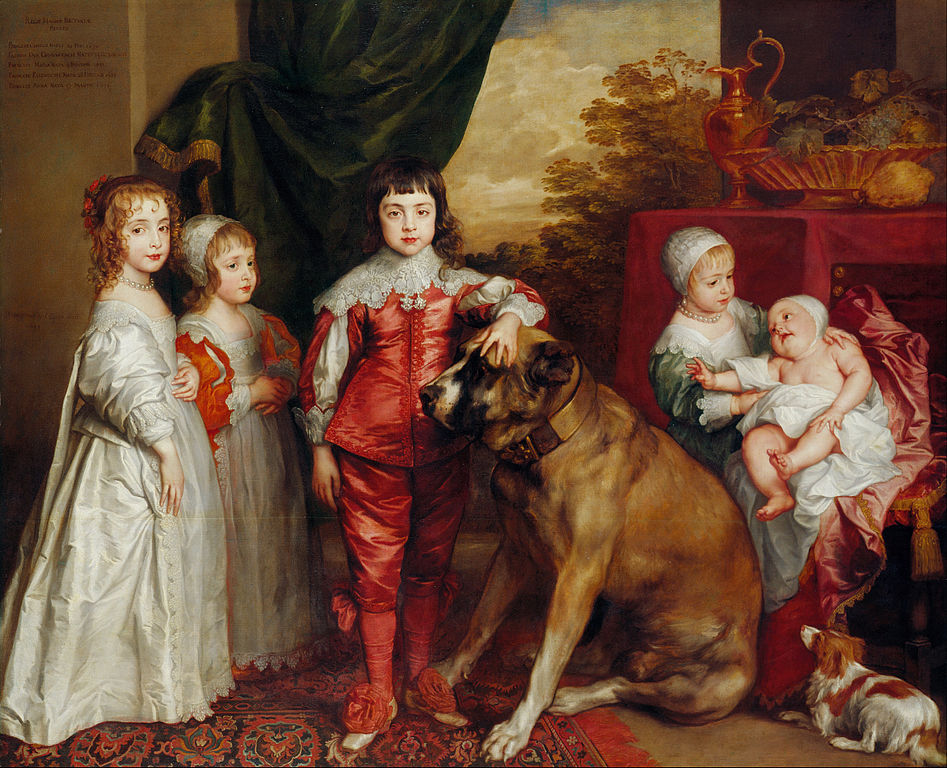 The five children of King Charles I of England in 1637. Second from left with red sleeves is James, still unbreeched at four. Standing near him in full red is his older brother Charles. The rest are girls.