Reekon Tools is a Boston-based company started by MIT engineers. Their inaugural product is the M1 Caliber, a measuring tool you’re meant to clamp to a miter saw fence: 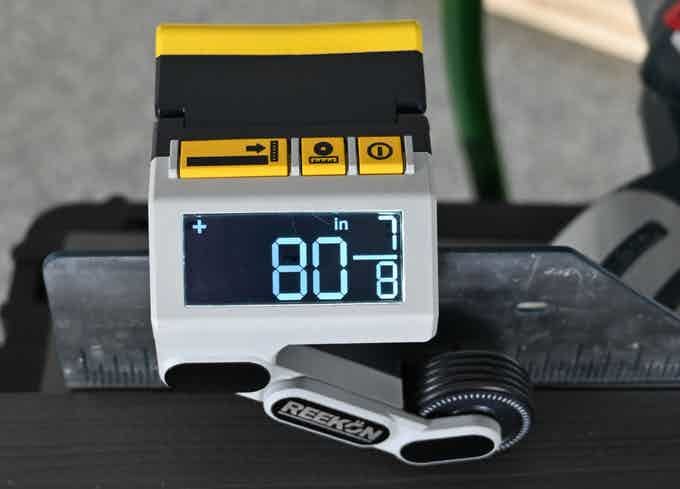 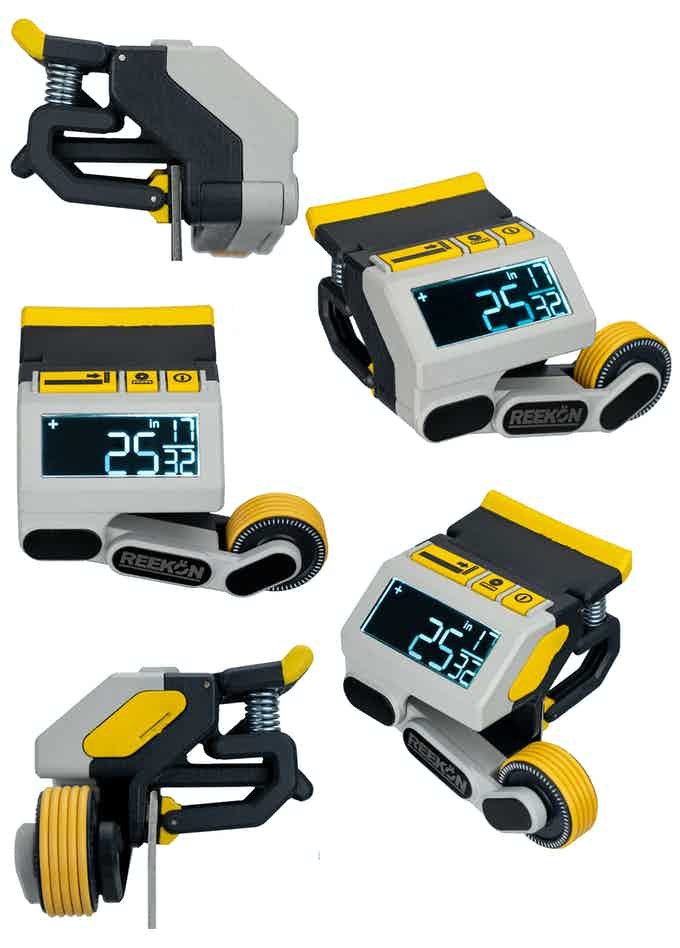 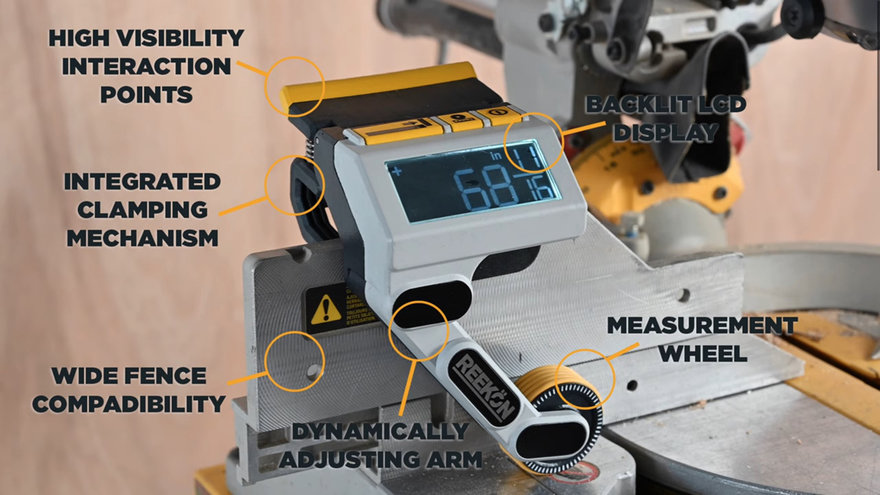 Here’s how they envision the tool being used:

For repetitive cuts, I can’t see this being faster than a stop block. For a series of non-repetitive cuts, I wonder how this would affect your average builder’s workflow. For instance, the phrase “Measure twice, cut once” would not apply here, as there’s no measuring and marking step; instead the builder would have to keep the number front and center in their mind as they make each cut–doesn’t that mean they’d have to continually refer to notes or a blueprint, which might become cumbersome? I wonder if it truly would be faster and easier in the long run, versus having time set aside to mark, measure and double-check.

In any case, the demand for this device is apparently quite high: It was successfully crowdfunded by 25,286 backers, to the tune of $3.2 million. The device runs $130 a pop.