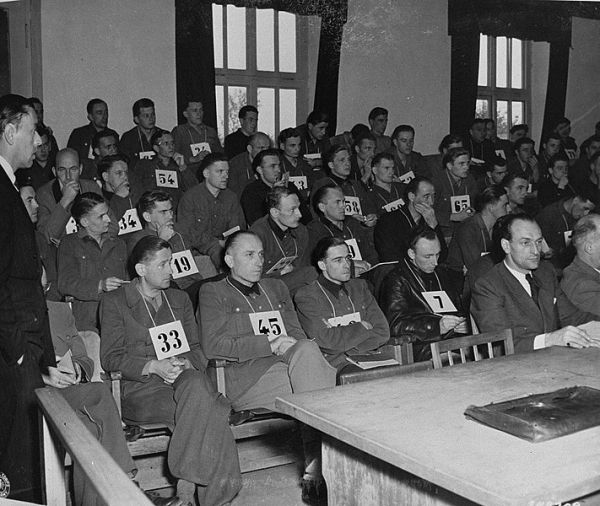 In December of 1944, a unit of Germany’s First SS Panzer Division overwhelmed a group of US troops near the Belgian city of Malmedy. The GIs surrendered, and were rounded up as POWs. The Germans then killed 84 of them, which is a war crime. After the war, the American military tried 75 Germans for murder for the Malmedy massacre and related war crimes, convicted all but one, and sentenced 43 to death. But that didn’t happen. In 1949, the Army convened a senate investigation to determine whether US military investigators and prosecutors had tortured, coerced, or otherwise mistreated the German defendants in the name of retribution. The senate investigatory subcommittee officially had three members, but the junior senator from Wisconsin, Joseph McCarthy, was allowed to sit in and observe.

At the time, McCarthy was less than halfway through his first term in the Senate, and he hadn’t yet launched the reckless crusade against alleged Communists that would turn his name into an “ism.” Relegated to the status of a backbencher after Democrats took control of the Senate in 1949, McCarthy was thirsting for a cause that would let him claim the spotlight. The cause that this ex-Marine and uber-patriot picked—as an apologist for the Nazi perpetrators of the bloodiest slaughter of American soldiers during World War II—would, more than anything he had done previously, define him for his fellow senators and anybody else paying close attention. But so few were paying him heed that no alarms were sounded, and in short order his Malmedy trickery was overshadowed by his campaign against those he branded as un-American, an irony that lends special meaning to this forgotten chapter in the making of Joe McCarthy.

McCarthy did not sit in and observe. He questioned, accused, and bullied those involved, as if he were trying out an early version of the tactics he later used to smear opponents and galvanize the public against perceived communists. In short, McCarthy dominated the proceedings. Read the story of Joseph McCarthy and the investigation into the Malmedy trials at Smithsonian.