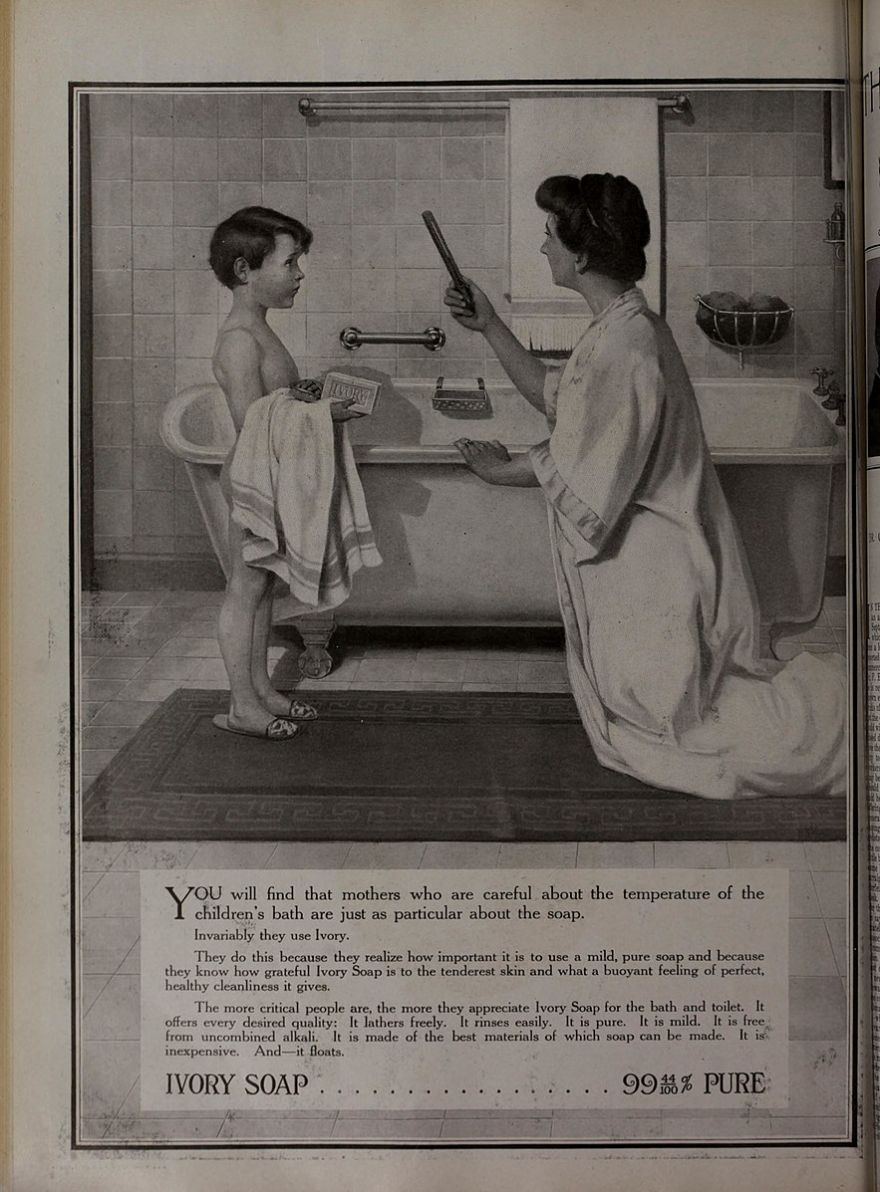 “Cleanliness is next to godliness” is a phrase that goes back as far as a 1778 sermon by John Wesley. This phrase, however, according to history scholars Richard J. Callahan, Jr., Kathryn Lofton, and Chad E. Seales, took on a whole new meaning in the late 19th century and the early 20th century when the soap companies marketed their products using distinctly religious terms.

Before the Civil War, the authors explain, a kind of “cleanliness” was important to Christian respectability, but this was as much about carefully ironed clothes and an upright self-presentation as the absence of dirt and body odor. Up until the 1870s, people typically used only hot water for cleaning. Soap was an optional accessory, not a staple. But, by the 1930s, Americans placed soap second only to food as the most important consumer product. This shift was one of the first victories for a concerted consumer marketing campaign, and it was also a victory for a particular view of Christianity.

In a nation where companies could comfortably assume they were selling their products to Protestant consumers, soap companies drew on religious language. Ivory Soap got its name from Psalm 45: “All thy garments smell of myrrh and aloes and cassia out of ivory palaces whereby they have made thee glad.” The company placed the first ad for Ivory in a Christian weekly, and it kept up a close relationship with Protestant institutions. In 1896, social gospel theologian Washington Gladden spoke at a P&G dividend meeting, praising the relations “between employer and employees in Ivorydale, between the directing minds and helping hands.”

Ivory Soap wasn’t alone in using Christian language in their endeavor to sell soap. More details of this story over at JSTOR Daily.

“As it is with godliness, so with cleanliness, there are many millions without the desire to repent and be laved,” the Detroit Free Press punned. “We must continue to ‘sell’ the world on cleanliness.”