Nowadays “crowd control” makes me think of teargas and rubber bullets, but in more peaceful times, the term encompasses an ecosystem of products related to queue formation. Banks, airports, nightclubs and event spaces all have closets full of stanchions, ready to be deployed as traffic increases. 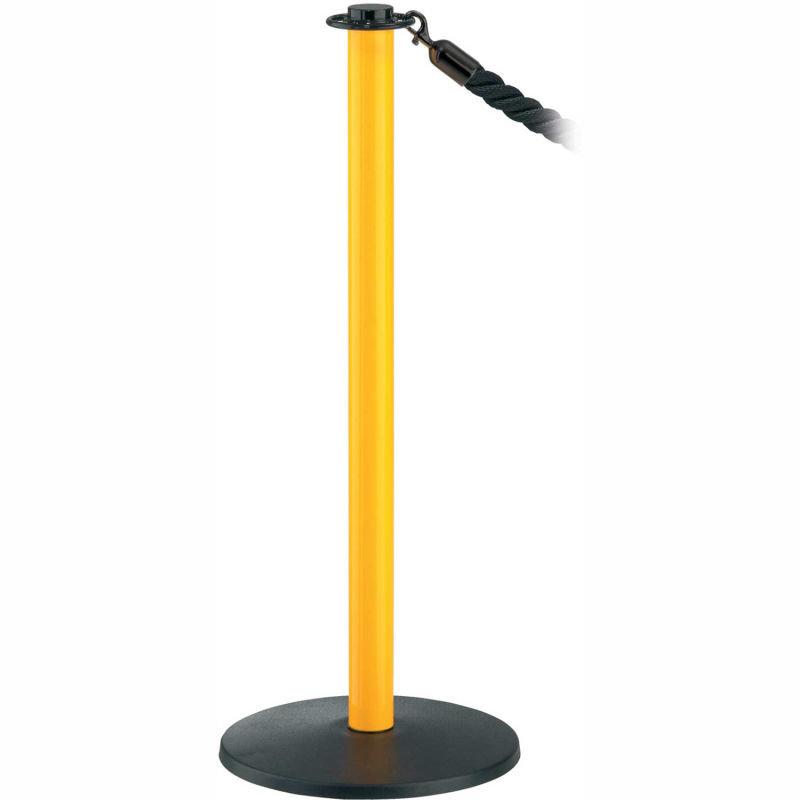 The main job of a stanchion is to support its velvet rope or seatbelt-thingy without falling over, so many of them still have cast iron bases supporting heavy steel posts. Standard 36″ tall stanchions can weigh 25 pounds apiece, so asking a worker to fetch and deploy a dozen of them isn’t trivial. The bases can be over a foot in diameter, so plopping them all down on a standard moving dolly would be terribly space-inefficient.

For this reason stanchion storage carts exist, where the designer is tasked with storing these oddly-shaped, heavy items in a space-efficient manner. Manufacturer Visiontron produces this metal cart that stores them horizontally, keeping the footprint minimal. They come in both 12- and 24-stanchion capacities and cost $485 (12-unit capacity) to $720 (24-unit capacity). 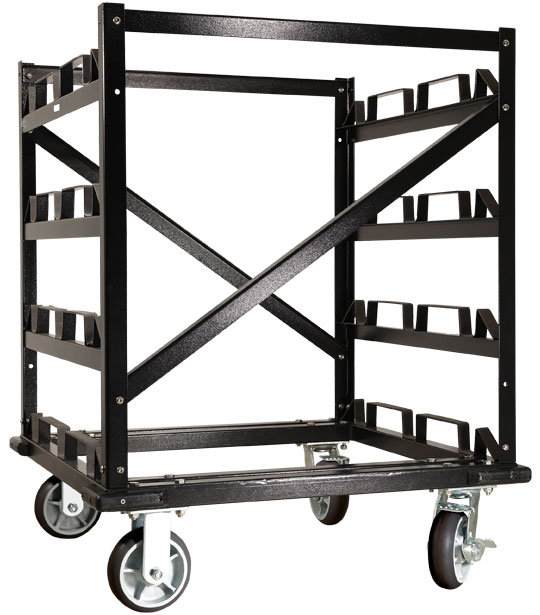 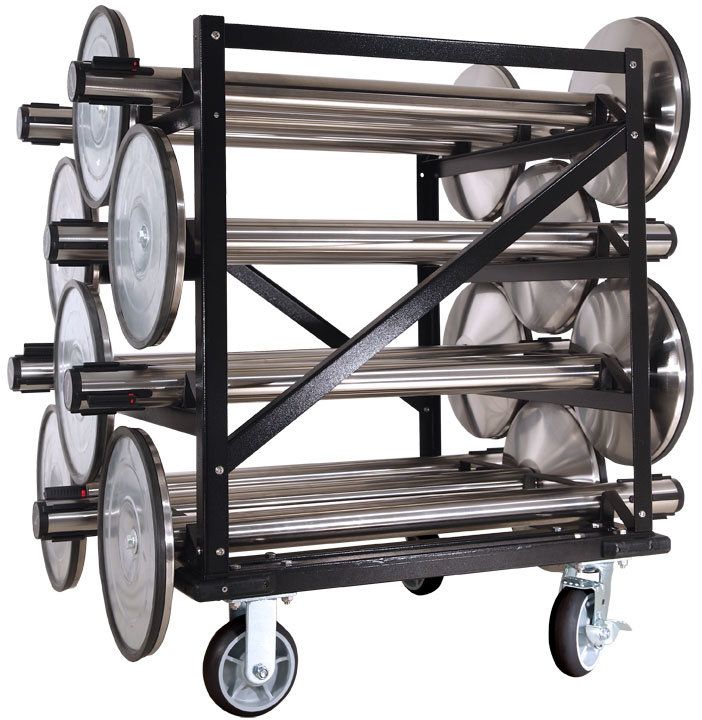 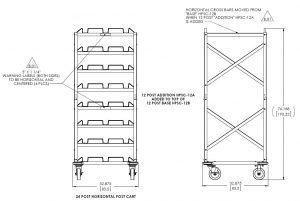 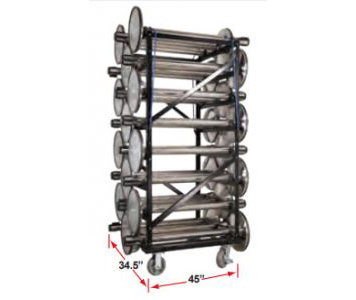 The design is fairly brutish, and loading/unloading one of these looks to be an unergonomic experience. I felt a smarter design was this alternative, below, that’s based on a standard moving dolly and stores the posts vertically. To get around the footprint problem, they’ve added these ziggurat-like folded metal sheets that allow you to stagger the bases: 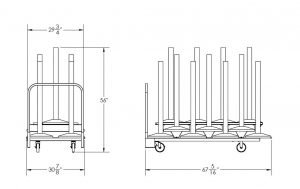 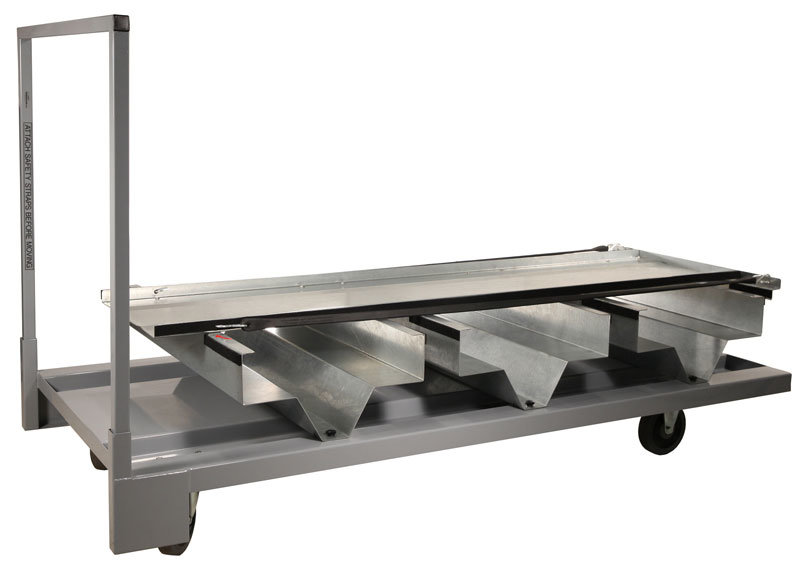 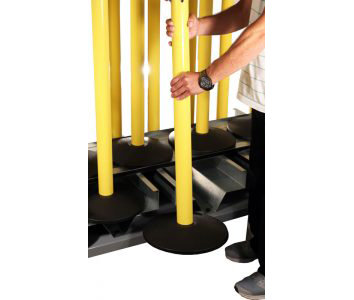 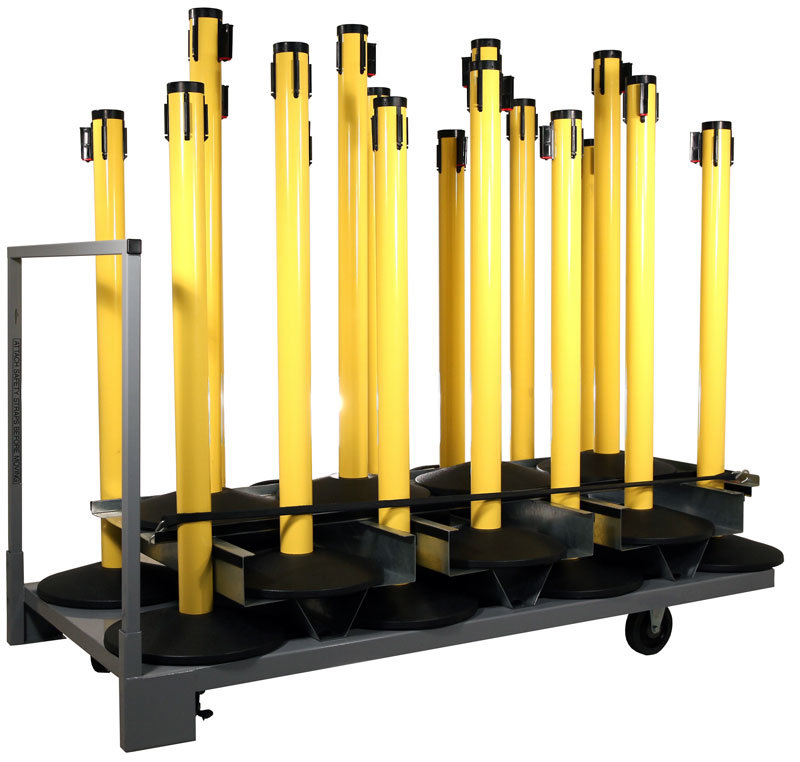 You can also pop the staggering contraption off, and use it like a regular dolly: 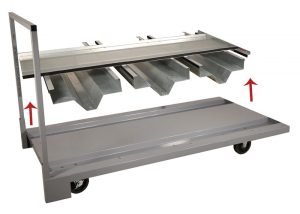 The trade-off is that this design only stores 18 units–yet costs more, at $813, than the 24-unit horizontal storage model above. It also has nearly double the footprint of the 24-unit model. That being the case, if I’m in charge of procurement and don’t care about my facility workers’ back pain, I’m going to order the 24-unit models and avoid making eye contact with Ronald and Smitty when they’re on-shift. 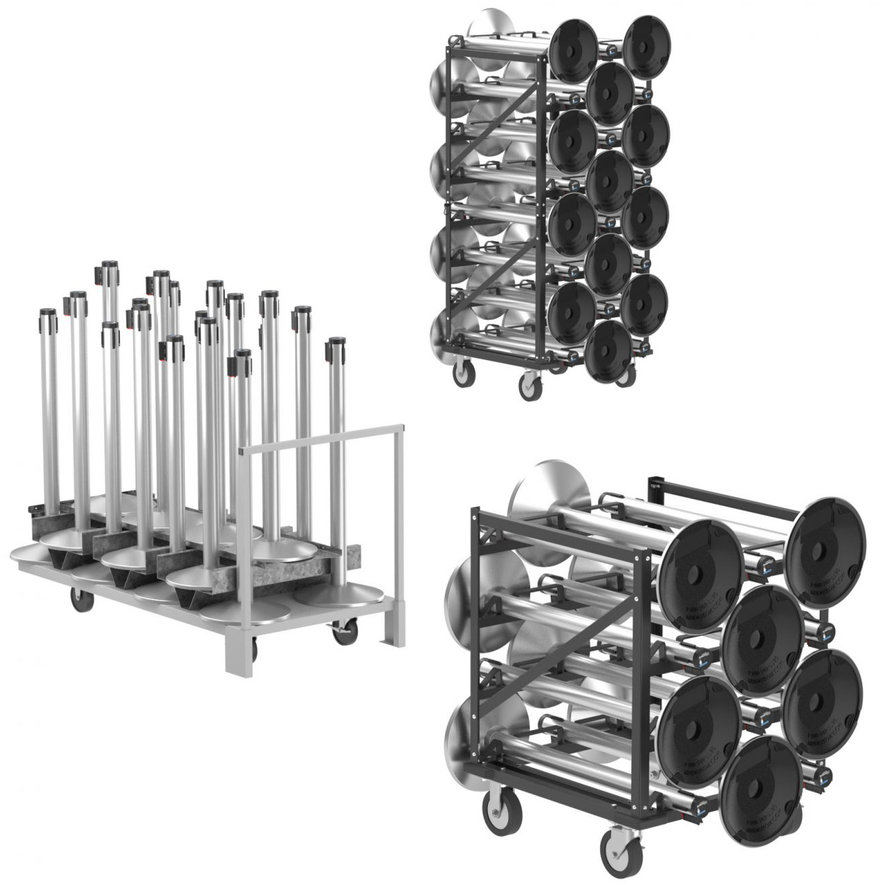 I think the problem here is with the design of the stanchions themselves, which appears only to consider their use in the deployed position; little consideration has been given to where they “live” when not in use. I believe that’s a common problem across a wide spectrum of objects, and I’d love to see a design school where this is addressed in their methodology.

Rating When the Design of an Object Doesn't Consider How It's Meant to be Stored is 5.0 / 5 Votes: 4
Please wait...
Loading...
Related articles