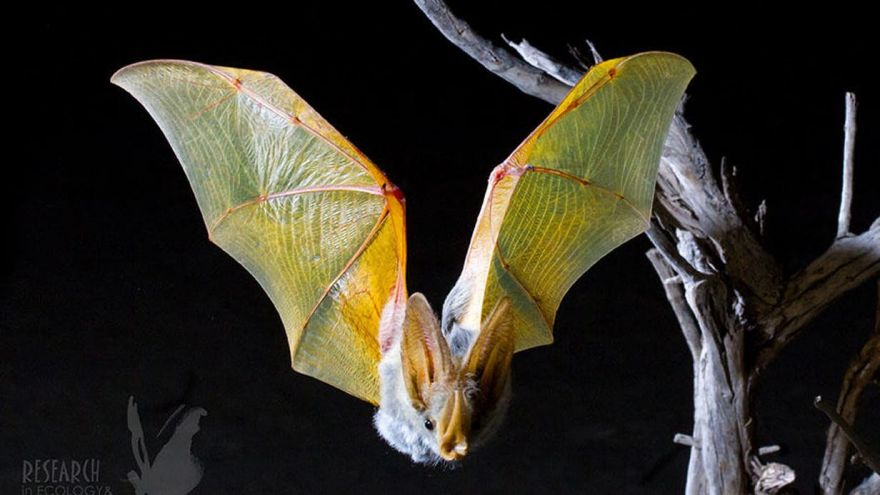 Don’t know where your bats go at night? Worry no more. A team of researchers led by the University of Helsinki has used new miniaturized GPS tags to track desert bats as they hover around on Sibiloi National Park, Northern Kenya. By studying the movement of these bats, the study would be able to provide new insights into how these night fliers adapt to drier times of the year.

Wildlife tracking technology has proven an effective tool for naturalists for over half a century, but, until recently, a limiting factor has been the size of the equipment. It’s one thing to tag something like a whale or an elephant, but something small like a bat is another thing entirely. This presents more than just a technical challenge because the only effective way of studying the behavior of something like a bat that flits about in the darkness like a shuttlecock on acid is by attaching some sort of tracking device to it.

For the University of Helsinki study, the researchers chose yellow-wing bats living on the shores of Lake Turkana, the world’s largest desert lake, in Kenya. A species of false vampire bat found throughout sub-Saharan Africa south to northern Zambia, the yellow-wing is something of a chiropteran heavyweight, coming in at up to 36 g (1.27 oz) and has the ability to alter its wing geometry, allowing it to carry relatively heavy loads.

With this in mind, the Helsinki team captured 15 bats in the rainy season and 14 in the dry season using mist nets. After being examined, the 1.45-g (0.05-oz) tags were attached to the bats in the form of tiny backpacks that were glued to the animal’s back using cyanoacrylate-based glue.

The bats were then released and allowed to flit about for a week as they hunted for their prey of soft- and hard-bodied insects and the tag tranced their movements for up to an hour every night. They were then tracked down by means of a VHF transmitter in the tag, netted again, and the tag removed for data retrieval.

What did the team find out?

Head over at New Atlas to learn more about this story.