At first, it’s peculiar to see adults, usually in corporate attire, modeling and demonstrating children’s toys, playing. But at this (mostly) kid-free event, business is play and play is business. A trade-only convention and the largest toy fair in the Western Hemisphere, New York City’s Toy Fair is an exclusive gathering of over 30,000 attendees to view the 150,000 products marketed by 1,000 exhibitors. Filling all 447,000 net square ft of space in the city’s massive Javits Center, the Toy Fair attracts international brands, designers, and inventors hoping to get their products picked up by US retailers, distributors, importers, wholesalers, and sales representatives.

While major brands like Mattel, Melissa & Doug, Ty, HABA, Lego, and the like, are the first brands visitors notice due to their enormous booths, it’s incredible to see them alongside so many smaller brands, all with the same goal: to get their products noticed. In a sea full of thousands, it’s hard to stand out. From drawing robots and augmented reality toys to tools for designers to new twists on classic ideas, the Toy Fair has a lot to offer. Check out the gallery to see our selection of 2019 toys and brands that caught our attention—a difficult feat in what felt like the world’s largest toy store. 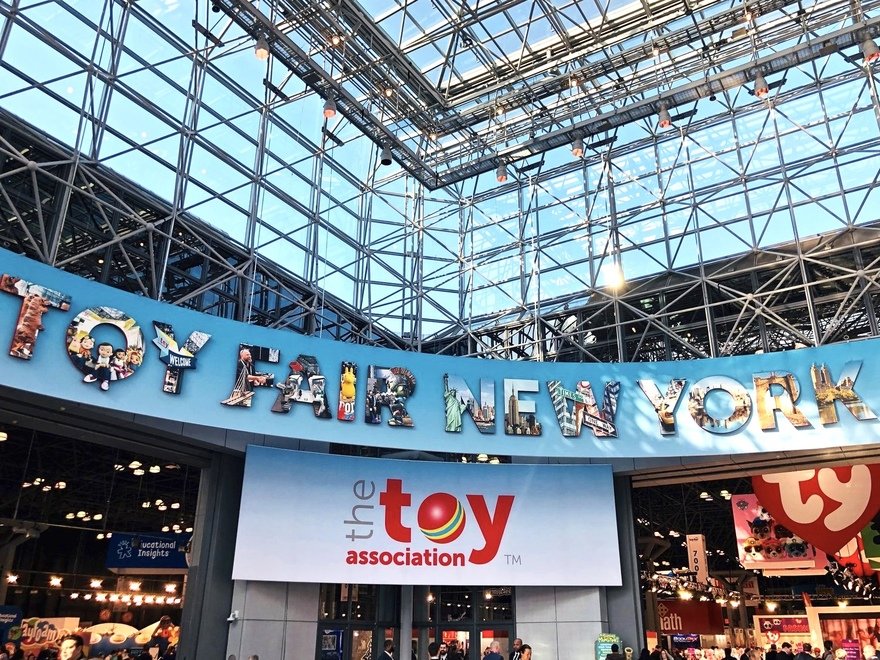 A trade-only convention and the largest toy fair in the Western Hemisphere, Toy Fair is an exclusive five-day long gathering of over 30,000 attendees to view the 150,000 products filling 447,000 square ft of space in the New York City’s Javits Center. 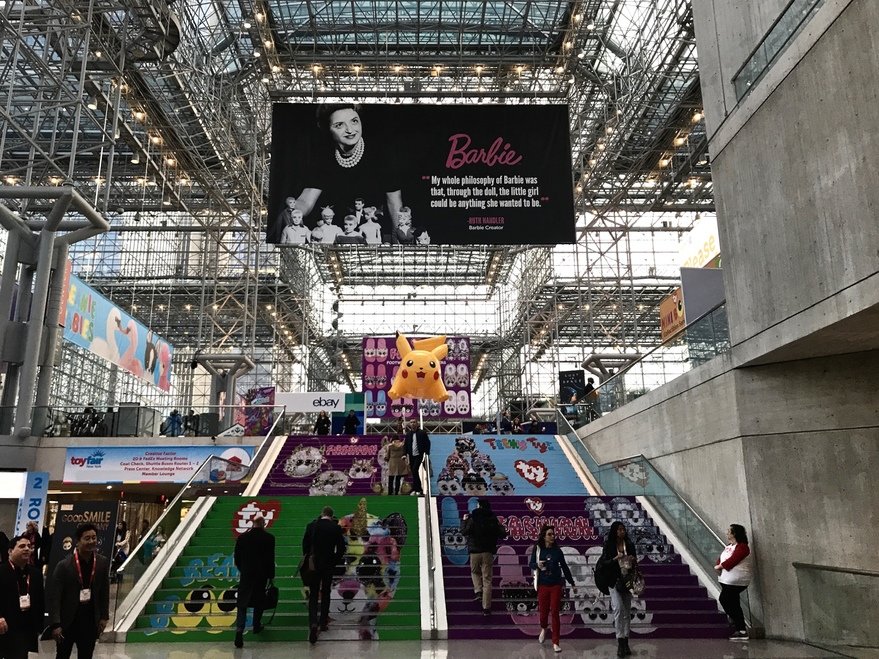 Celebrating Barbie’s sixtieth birthday this year, Mattel hung a banner with a quote from Barbie’s creator, Ruth Handler: “My whole philosophy of Barbie was that, through the doll, the little girl could be anything that she wanted to be.” With continued releases of dolls that represent a more inclusive variety of appearances, abilities, and careers, Mattel is stepping closer to reaching Handler’s mission. 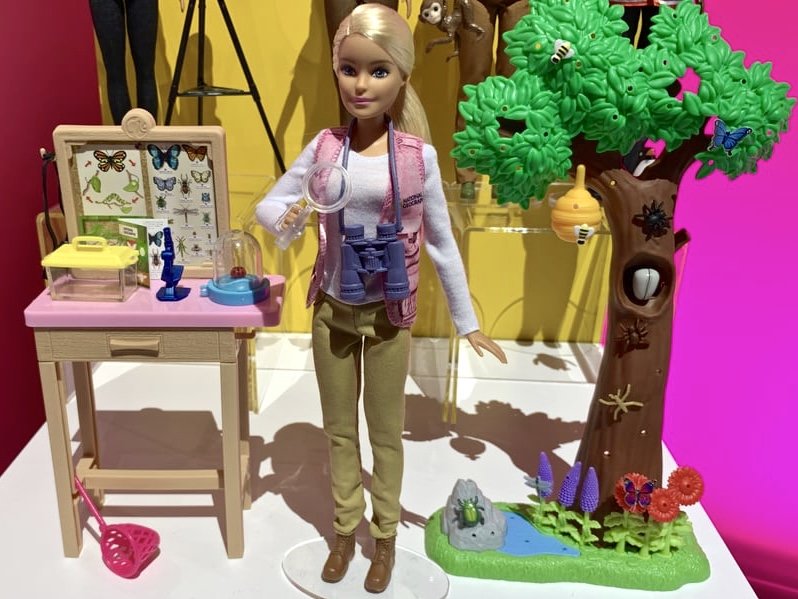 Recognizing the self limiting “Dream Gap” many young girls endure, Mattel is working to help girls imagine their options and possibilities with Barbie dolls that are news anchors, firefighters, astronauts, farmers, pilots, athletes, engineers, and even politicians. 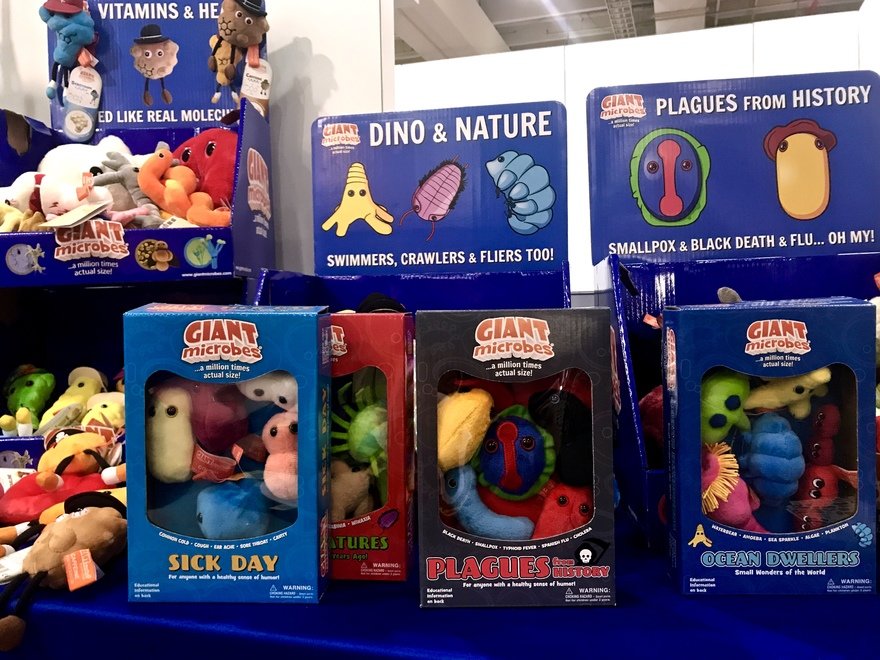 A manufacturer of plush toy resembling cells, microbes, and viruses, GIANTmicrobes’ stuffed toys can introduce science to children at an early age. Used in homes and classrooms, across universities and health agencies, GIANTmicrobes relies on humor to help customers approach serious topics and start conversations. 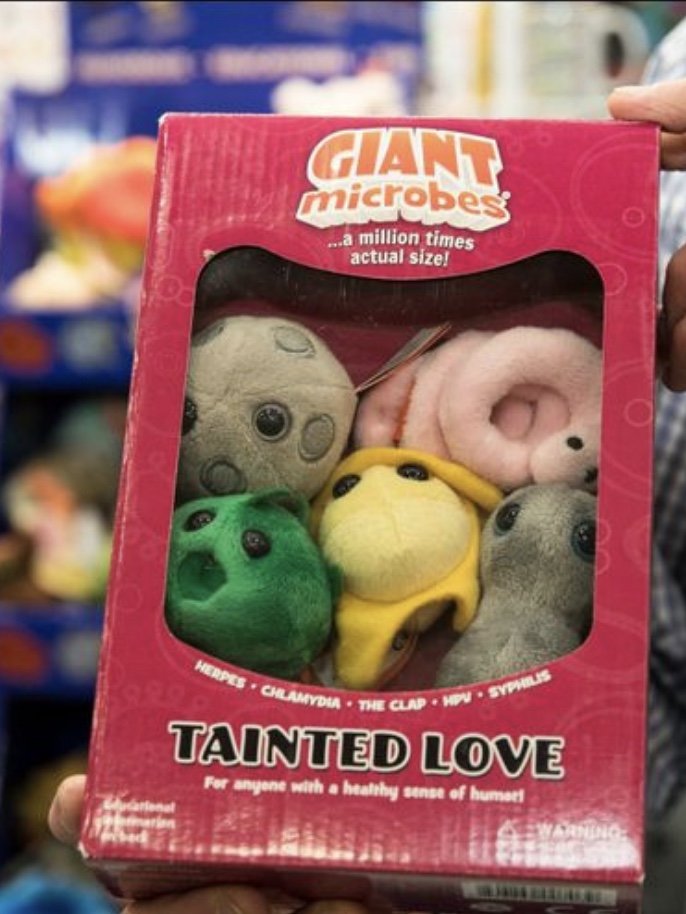 A hit in high school sex-ed classes, around college campuses, and adorning doctor’s offices across the country, GIANTmicrobes is selling a different kind of sex toy. Their Tainted Love collection seeks to help people broach conversations and learn about sexually transmitted infections. 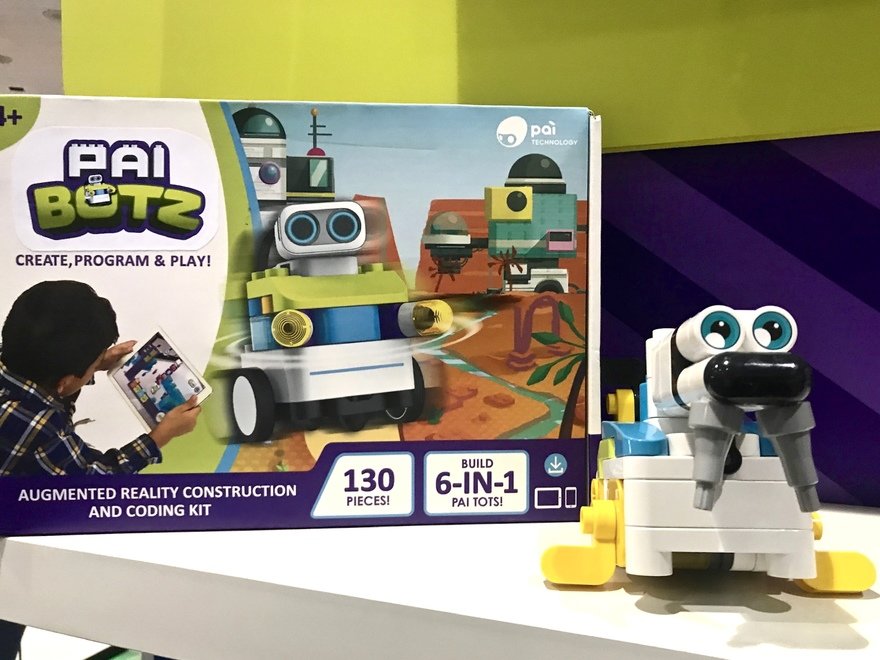 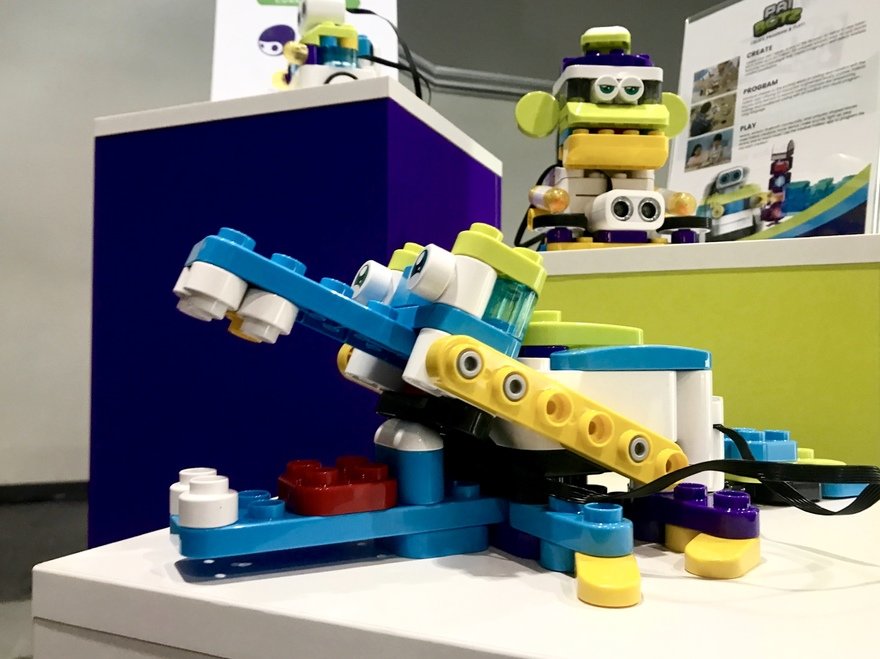 PaiBotz include 150 physical building blocks and thirty augmented reality puzzles that teach coding basics. With premade designs and the opportunity for children to create their own, PaiBotz respond to instructions that children code through the free app to make their bots move, drum, dance, make sounds, and light up. 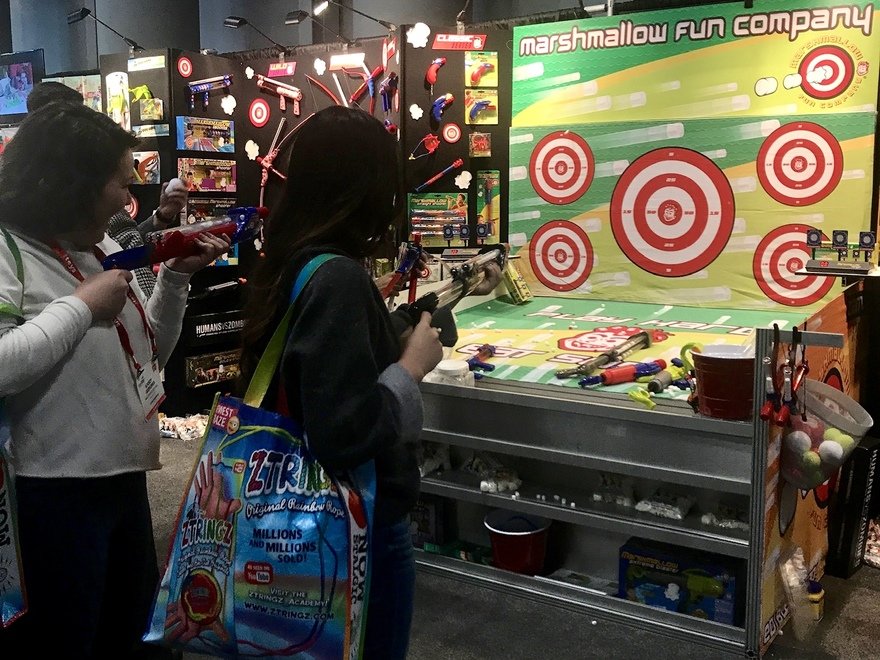 Born from parents’ vision to build PVC marshmallow guns as birthday party favors, Marshmallow Fun Company grew to include multiple gun styles and prints, upheld a marshmallow-only policy by discontinuing their foam pellets, and even expanded into marshmallow archery. Now sold by major retailers, those parents were definitely on to something—not to mention it was the only Toy Fair booth with a line of people waiting to try out its product. 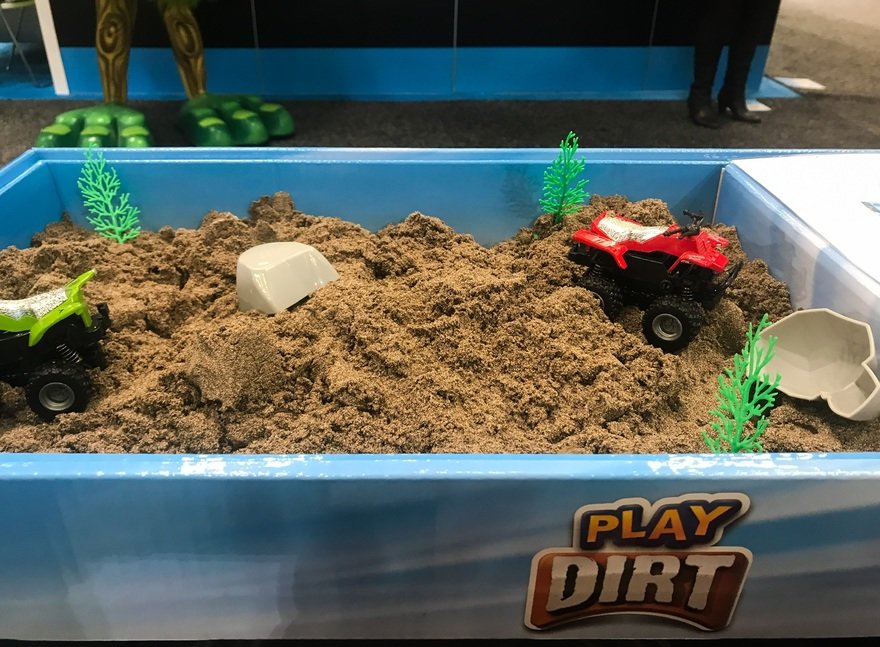 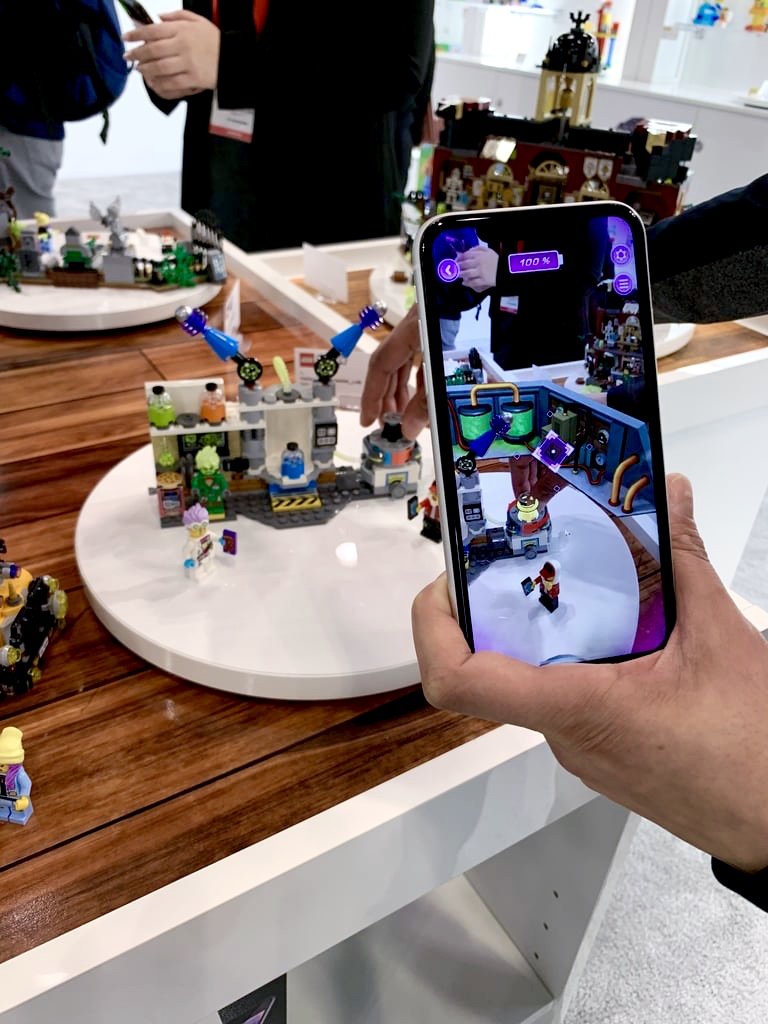 Available in August, LEGO Hidden Side sets combine physical construction with augmented reality—what Lego calls “fluidplay.” Assemble the kit, pull up the kit’s app, and point a smartphone or tablet camera to see the hidden creatures lurking in the set. The situation then flows into a video game as players are challenged to eliminate the augmented reality monsters.

Rating Where Play is Work and Work is Play: Highlights from the 2019 International Toy Fair is 5.0 / 5 Votes: 1
Please wait...
Loading...
Related articles

Woman Learns Her Cat Has Been Stealing Neighbors’ Laundry, Asks People To Identify Their Things And Shame The Cat

Healthcare Professional Gets Yelled At In A Gas Station For Wearing A Mask, Pens The ‘Perfect’ Response