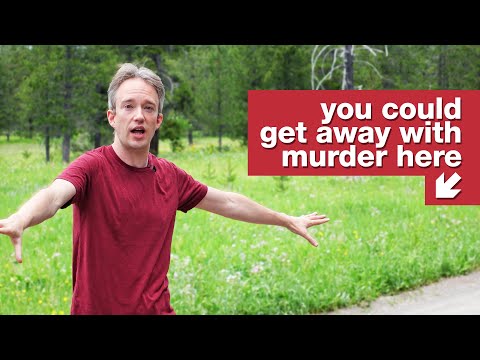 An awful lot of obviously guilty people get away with crimes because of technicalities. There’s a glaring loophole of geography and law in Yellowstone National Park that causes it to be known as the Zone of Death. No, not because people die there, but because it might happen someday, and if it was murder, the perpetrator could conceivably get away with it. The park exists in three different states, which makes jurisdiction kind of complicated, and the way the laws are worded would make any trial very complex, if not impossible. So if you want to commit the perfect crime, well, just don’t. Even if the long arm of the law can’t get you, karma will. Tom Scott explains what’s going on in the Zone of Death, which is only on paper. In real life, no one lives there, and people rarely go there. It’s just fine for bears and bison, however -they don’t even bother with criminal trials.