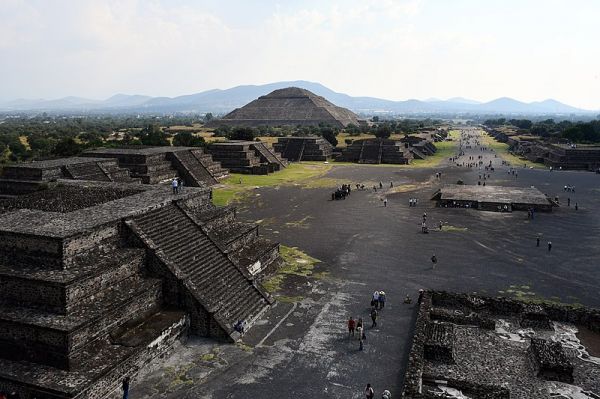 Pinpointing the oldest city in the world seems like a fool’s errand. For one thing, archaeologists keep discovering “new” ancient ruins where no one lives now. For another thing, the ability to accurately date a civilization that lasted a long time is a difficult art. But most of all, how can the science agree on the definition of a city?

For example, archaeologists working in Mexico might classify the Zapotec capital of Monte Albán as a city, when it exceeded more than 5,000 residents by 300 B.C. But that size wouldn’t cut it five centuries later, in 200 A.D., when the great Teotihuacan likely harbored 100,000 people.

Perhaps more important than the city itself is its relationship with surrounding lands. Many archaeologists say cities, by definition, rely on hinterlands for food, water and raw materials. A city stands out as the largest settlement and civic center in a landscape of smaller, socially-tied villages, homes and farms. People from the greater region would identify with the big city, like how today’s Wellesley, Massachusetts residents might say they’re from “outside Boston.” The city designation depends, then, on a site’s prominence relative to other settlements nearby.

At the very least, most archaeologists would classify a site as a city if it functioned as a regional hub. That means it contained major public attractions, like amphitheaters, monuments and markets, and housed a substantial portion of the regional population — usually 5,000 residents or more before 1 A.D.

Any of these definitions is relative, as a population of 5,000 would be considered a small town today. So there are, at this time, quite a few contestants for the title of the world’s oldest city. Read which ancient metro areas those are at Discover magazine.  -via Strange Company

Rating Which Ancient City Is Considered the Oldest in the World? is 5.0 / 5 Votes: 5
Please wait...
Loading...
Related articles