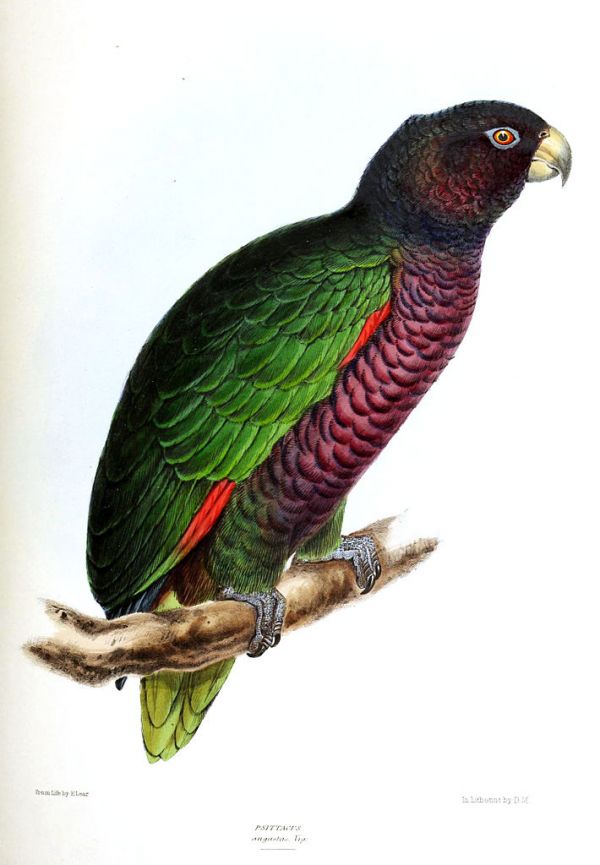 There are 1,983 vertebrate species considered “critically endangered” on the International Union for Conservation of Nature’s famous Red List, and 235 species that are down to 50 or fewer individuals left. Many of those may be already extinct, as they have not been spotted for years. Anna Funk whittled that list down to 32 that may be still around, but are losing ground fast. You may have heard the Javan rhinoceros or the red wolf, but there are quite a few you may only ever see through this list, like the imperial Amazon parrot.

This 18-inch-tall parrot (Amazona imperialis) was once found on the mountains of Dominica, a small island nation in the Caribbean. Their population was doing all right (if 300 birds is all right) until 2017, when Hurricane Maria knocked down a third of the trees on the island and stripped the rest of their leaves and fruits. This reduced the parrot’s numbers to an all-time low. It evidently forced the birds to move outside their usual mountainy range and into the lowlands. About six months after Maria, 11 birds were spotted, but experts think there are fewer than 50 out there.

Read about 31 more critically endangered species and why they are losing ground at Discover magazine. -via Digg

The Thrill and Intimacy of Nan Goldin’s Gaze

“Salmon” Pink and Other Relics of Pre-Industrial Agriculture

The Real Reason He-Man’s Battle Cat was So Big

Reanimating Frozen Hamsters with a Microwave

Hidden Worlds on the Hand of Golsa Goldchini