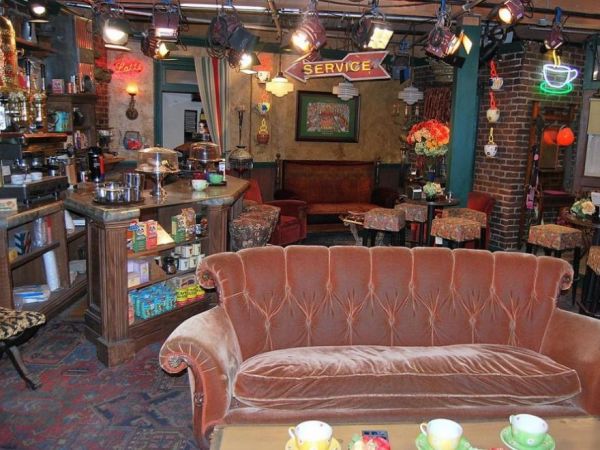 Television shows have both influenced and reflected our society in different ways, such as the way we perceive political and cultural realities. They have inspired people to live in a certain way. It turned out that for some, television shows’ influences extended to the way they decorate and arrange their homes!

Television also offered outright fantasy, the chance to escape into outer space or back in time. Shows like The Waltons, Happy Days, Mad Men, and The Marvelous Mrs. Maisel took the style of a few decades before their air dates and repackaged it as nostalgia, throwback glamour, or kitsch parody. Sometimes the fantasy was closer to home: a world just a little more polished than our own, where the people were prettier and the apartments nicer than their inhabitants could really afford. The gritty metropolises that characters once hoped to escape evolved into the quirky, cupcake-dispensing playgrounds of young adults who don’t want to grow up. Whether shows were set in suburbs or cities, and whether their characters were wealthy or struggling, the interiors audiences saw on television night after night, year after year, affected how they decorated their own homes. From I Love Lucy to Friends, here are some of the most influential small-screen interiors we’ve seen over the years.

Curbed walks us through a timeline of the different television shows that revolutionized different homes from I Love Lucy, to The Jetsons, Frasier, Friends, and many more!

Would you like your home to be inspired by a show’s set as well?