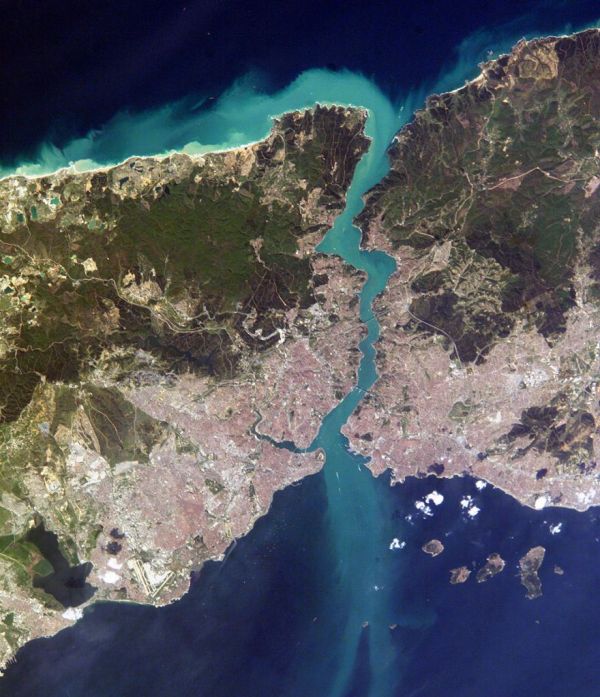 The Bosphorus, also known as the Strait of Istanbul, is a waterway that cuts through Istanbul, Turkey, connects the the Black Sea with the Sea of Marmara, and separates Europe from Asia. That’s a lot to ask of a small strait. It forms a historically important trade route for international navigation. But it’s not a river. At least, not all of it is. The water flows both north and south, depending on the depth.

…in modern times, local boatmen know that the surface current flows south into the Sea of Marmara and thence into the Aegean/Mediterranean.  If they want to take a boat north, they can lower a bucket of rocks on a long rope to the bottom, where the northward current of seawater is located; it will carry the bucket north and thus tow their boat on the surface.

There’s a scientific explanation at Wikipedia. Read how a horrific event in history took advantage of this weird flow at TYWKIWDBI.