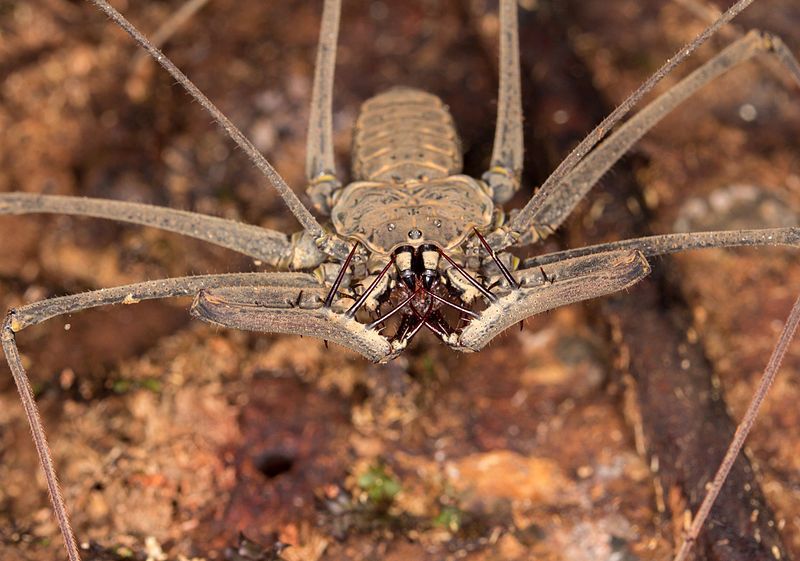 About 18 years ago, entomologist Andrea Colla received a strange request to survey the secret tunnels under the Italian city of Trieste. The said secret tunnels were a Nazi-raid shelter during the Second World War, and it eventually became a museum managed by cave enthusiasts of the Trieste Alpine Club. But what was inside the now not-so-secret tunnels aside from the usual tourists and school groups? That’s what Colla went to find out.

Colla did not expect much from his investigation. And he was right. What he found out inside the bunker were “standard basement crickets and spiders.”

So he was taken aback in 2019 when one of the air-raid tunnel guides sent him a snapshot of a cartoonishly evil-looking creature — like a cross between a tarantula and a crab, with skin-crawlingly long legs, barbed pincers, and a brownish coat of armor. To Colla, it was unmistakable. This was a harmless arachnid called an amblypygid, sometimes known as a whip spider or tailless whip scorpion, which was neither spider nor scorpion. And it was not supposed to be in Italy at all.

Amblypygids were popping up elsewhere, too. In 2018, an undergraduate in suburban Athens found a few scuttling through his bathroom and kitchen — now he’s credited with uncovering the species’ presence in continental Europe. In 2019, there was the first confirmed record of amblypygids in Jordan, also in a bathroom. In both cases, the person who helped identify the critters was Brazilian arachnologist Gustavo de Miranda. And he’s just outdone himself: Last year he submitted a paper, the publication of which is forthcoming, describing 33 new amblypygid species, one of which has only ever been seen in the pipes and storage sheds of a Rio de Janeiro museum.

The question is, where are these whip spiders coming from?

Learn more about this story over at Undark.

Basslines That Were Not Really Played On Bass

Killer Whales And Their Killer Friendships