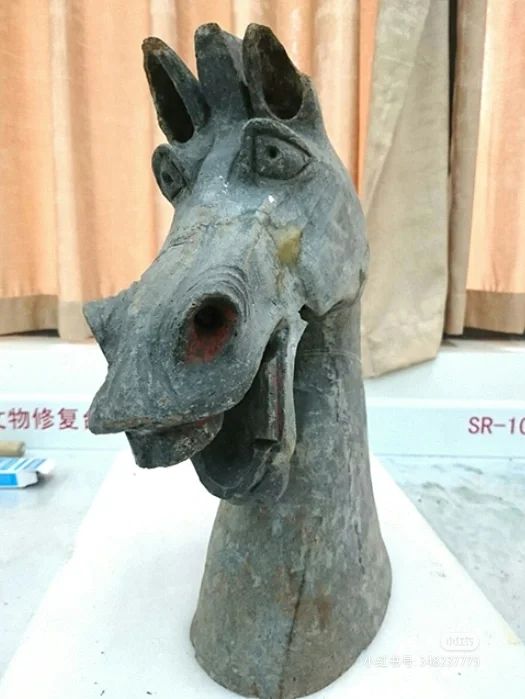 This horse head is now in the the custody of the Sanxingdui Museum in Guanghan City, Sichuan Province, China. It was excavated from the Sanxingdui archaeological site, and is estimated to be over 3,000 years old. But it looks quite modern, doesn’t it? In fact, it looks downright familiar. What does it remind you of? Commenters at reddit suggested Donkey from Shrek, Quickdraw McGraw, and Marty the Zebra. I personally thought of Jar Jar Binks, but I’ve seen way too much Star Wars. The consensus is that ancient Chinese craftsmen were really into Disney/Pixar characters. Or maybe our modern age animations are just another step in a long lineage of amusing art. It’s not the only stylized Sanxingdui relic that resembles modern pop culture characters.