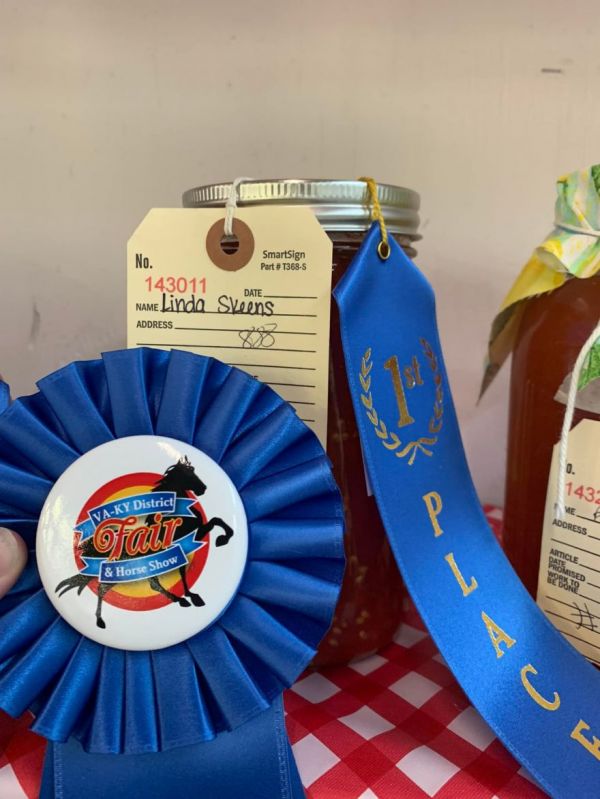 The 109th Annual Virginia-Kentucky District Fair was held last week in Wise, Virginia. Of the hundreds of photographs posted at the fair’s Facebook page, a couple have captured the imagination of the internet. 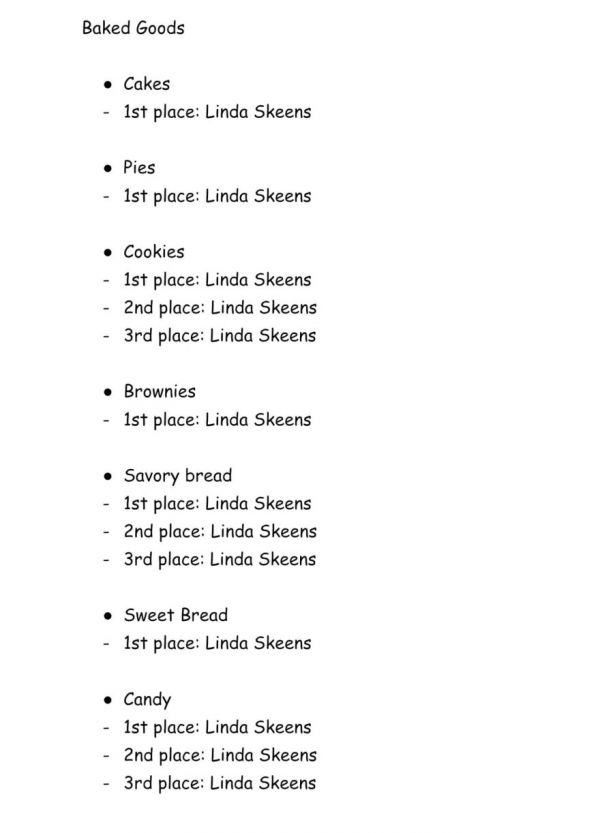 That’s not all. Linda Skeens made a few more winner’s lists for her cooking and canning. Oh yeah, she also won three ribbons for embroidery. And more for Christmas decor.

The comments on all the fair’s posts are dominated by people who want to meet this woman and taste her cooking. She’s been invited to appear on TV and to come to dinner. Linda Skeens has become a Facebook metaphor for a competitor who does not mess around. But so far, she has remained anonymous. She may not want to feed everyone.

a different “Linda Skeens” has been so flooded with messages that she put out a PSA that she’s not the baking phemon pic.twitter.com/EaoYF9ulzD

But if Linda Skeens ever emerges into the public, she’ll have a ready-made audience for whatever she wants to say, whether it’s a lone cooking demonstration or a Food Network series. -via Fark