Guess who’s back, back again. It is I, dear Pandas, back to bringing you more wholesomeness and goodness.

Today it’s in the shape of Brendan Fraser. Don’t think I’ll be wrong to say that Brendan is one of the most beloved Hollywood stars the modern world has ever had. Whether it be nostalgia or his good nature and lovely personality, you can’t say anything bad about him unless you want to be lynched.

Brendan was signing some autographs at the Calgary Expo when two fans approached and lifted the mood of millions by just one sentence: “Thank you for making my childhood awesome!”

I shall take this time to thank you for clicking on the article itself, my beloved Panda, and will invite you to comment your thoughts, upvote the story, and mayhaps follow the author (aka me, hi!) just to bring their spirits up! I really appreciate y’all, now let’s get into the story!

Brendan Fraser was attending the Calgary Expo, meeting fans and signing autographs, but one interaction caught the eyes of millions 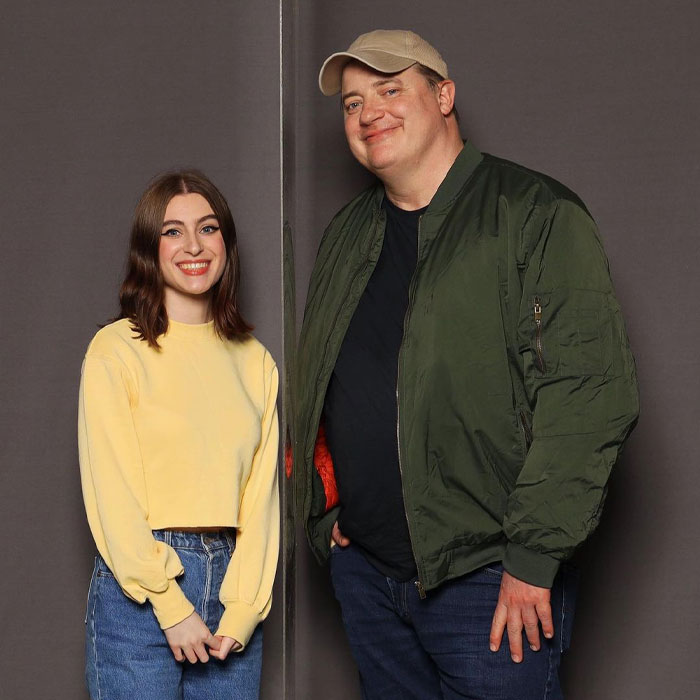 For those of you unfamiliar with who we’re talking about here, Brendan Fraser is one of the most popular and beloved comedy and action stars, rising to fame in the late ’90s and 2000s. From blockbusters like The Mummy franchise, George of the Jungle, and Looney Tunes: Back in Action, to the Oscar-winning film Crash, there is little chance you’ve not seen him on the TV or movie screen.

However, he disappeared from the spotlight and it’s taken over a decade for him to get back to what he does so incredibly well. If you’d like to get a bit more context and information about his career, I’ve written a different article prior to this that gets into the details of things and I shall leave it here for all those that are curious.

Over the past few years, Brendan has experienced an upswing in his career, which fans lovingly called the ‘Brenaissance’. He currently stars in the HBO Max action series Doom Patrol and has upcoming roles in films by two A-list directors, Darren Aronofsky’s The Whale and Martin Scorsese’s Killers of the Flower Moon. You won’t find a more excited group of people than those awaiting Brendan’s comeback to cinema; can’t say I’m not one of them.

Imani filmed their meet up, bringing a Funko doll of Rick O’Connell, the main character from The Mummy, for Brendan to sign 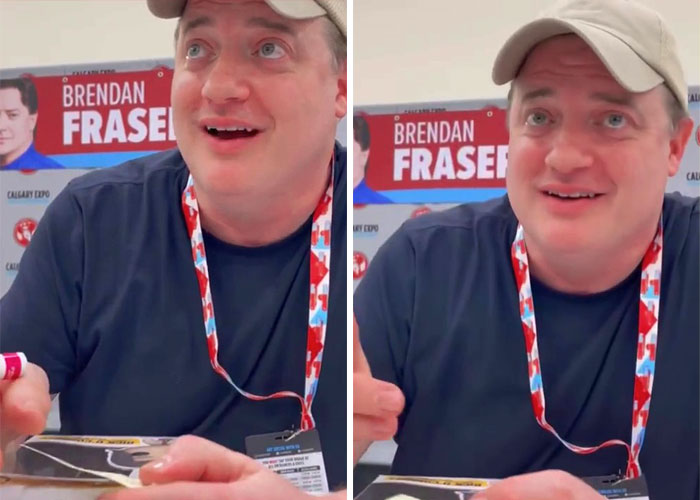 Not to diminish the skills and talent that Brendan possesses, but lots of people just love Brendan for who he is as a person and will love to see him succeed in anything he puts his mind to, be it pottery or acting. The support is palpable and comes in many shapes and sizes.

Last weekend (April 23-24) Brendan attended the Calgary Expo, also known as the Calgary Comic and Entertainment Expo, an annual fan convention held at Stampede Park in Calgary, Alberta, Canada, celebrating all things pop culture. He did a Q&A with fans who seemed primarily interested in talking about his lesser-known films, such as Encino Man, Bedazzled, and Monkeybone.

He also signed autographs at the event, which led to a heartwarming exchange with two fans. A TikTok user with the username imani.goulet posted a video of the interaction on Sunday, April 24, and it went viral with more than 4.7M views. She captioned it, saying: “I love this man!” 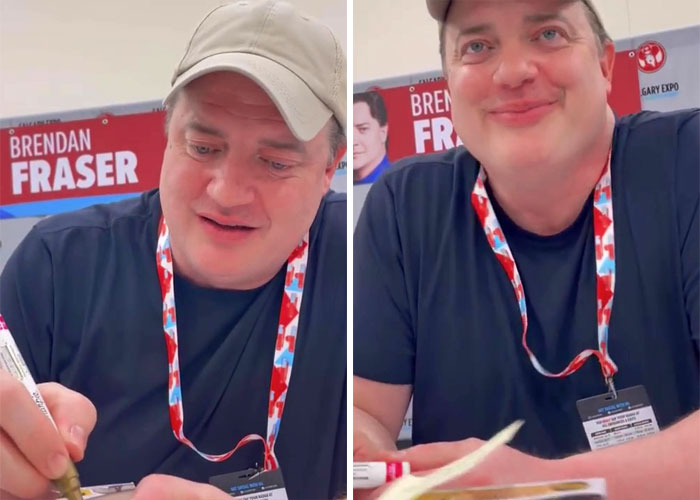 Brendan signed a Funko doll of Rick O’Connell, the main character from The Mummy, for Imani, bonding over the difficult pronunciations of their names, which people tend to often get wrong. Imani commended him for being able to say her name correctly on the first try, Brendan replying, “I’ve had a lifetime of people mispronouncing my name. I know what it feels like,” with a little sassy eyeroll. He then complimented her name, saying he liked all the ‘i’s’.

Her friend then said, “thank you for making my childhood awesome.” Imani chimed in with “and mine too!” It clearly hit the actor right in the feels 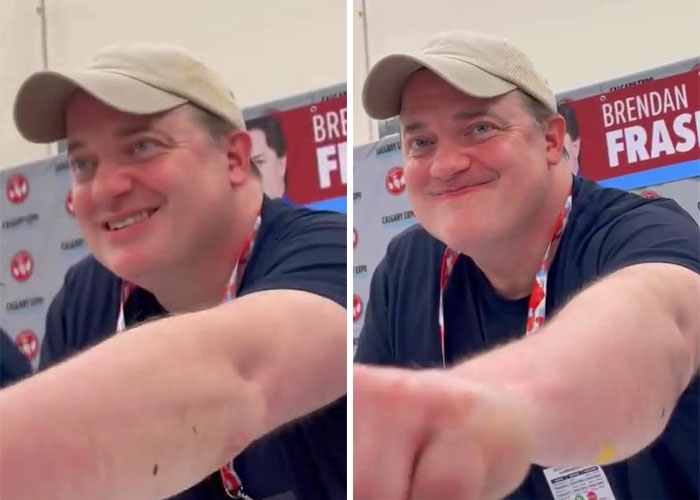 The fan then thanked the actor for signing her doll and her friend proceeded to tell him: “Thank you for making my childhood awesome.” Imani chimed in with “and mine too, you’ve been so nice!” Brendan was very touched by these words, pursing his lips in an all-too-familiar manner. He tends to do that a lot when he gets emotional and it’s lovely to see. He gave each of the girls a little fist bump in appreciation.

Afterwards, they had a little photo op, after which Brendan winked at Imani after she thanked him once more. She continued to say: “Everyone always says to never meet your heroes, I met mine and we almost burst into tears talking to each other. Thank you for everything, Brendan!”

He fist bumped the two girls and pursed his lips up in an adorable smile. Imani wrote, “we almost burst into tears. Thank you for everything, Brendan!” 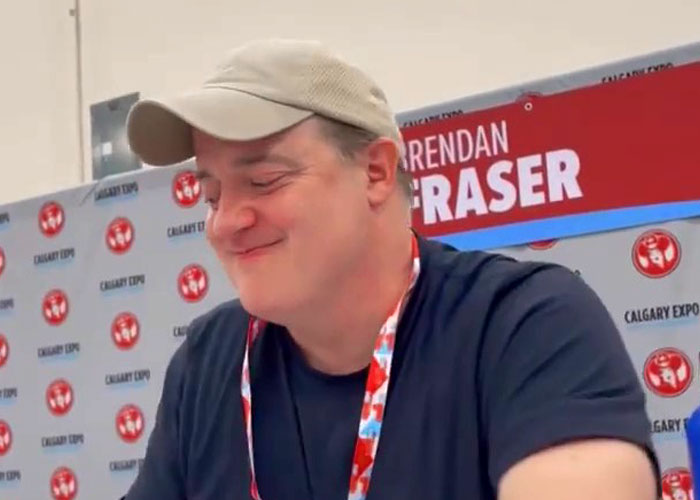 You know, that bit of advice got me thinking – why not? Well, to start – the character you fall in love with or get inspired by is not the same as the person playing them. The imagination is a wonderful thing, however, you can’t imagine heroic traits onto a person that doesn’t have them in real life. They’re human just like you and me, and sometimes that can be a point which breaks apart the illusion of something otherworldly.

Todd Brison explained that most people fear meeting their heroes because they are afraid those people will accidentally let them down, saying that “a bad experience with your hero negates what they meant to you in the past. It also ruins any chance they have of positively affecting you in the future.” However, that doesn’t always have to be the case, as we see here.

The humanity and humbleness of Brendan Fraser are traits that make him such a hero in real life as much as on screens. Whilst he’s fighting ancient evils in The Mummy, he’s also fighting our declining faith in humanity, one wholesome moment at a time. Same can be said about other favorites, Keanu Reeves and the late Betty White, who continue to impact the world positively.

He may be a hero on screen, but it seems Brendan is becoming a hero in the real world, too, bringing wholesomeness and goodness to all 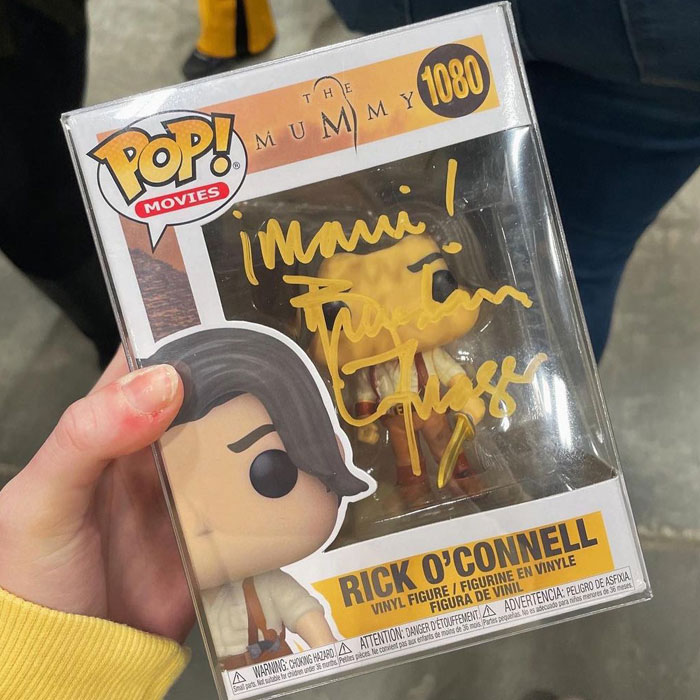 We need a hero, whether we’re kids or adults and sure, what they mean differs as we age, but their importance shouldn’t be understated. The hero trope shows that nearly anything is possible, regardless of the trials and tribulations that one needs to go through. It provides something to aspire to.

The Successful Parent explains that having a heroic figure in childhood encourages kids to aspire to embody similar traits or behaviors as the hero. They can be positive aspects, such as compassion, intellect, bravery, or creativity, but they can also spiral towards the more unattainable aspects, which can be dangerous.

These may range from recreating stunts, to negative self-talk because they’re not close to becoming or looking like the hero. And also, let’s be honest here, sometimes the villain is a lot more interesting than the hero, which may lead to a whole bunch of other issues.

The main takeaway here – have a chat with your kids and explain how they can become heroes in the real world by helping others, rather than just wearing a cape. Or a leotard, whichever.

Brendan is coming back with full force and his fans cannot be more excited! We wish him and Imani all the best 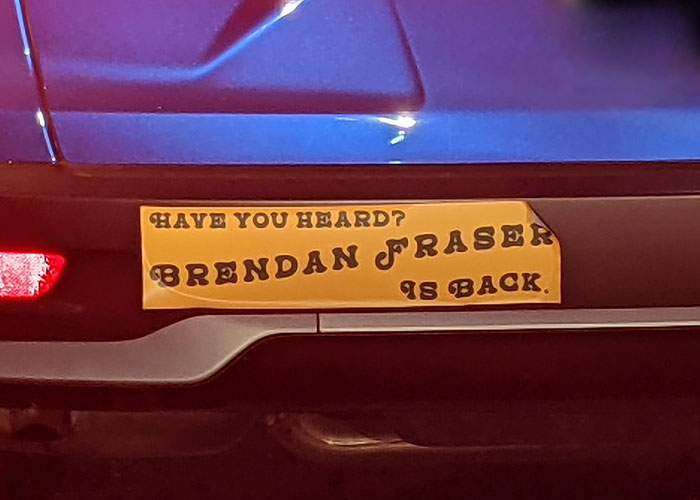 As long as we can look past the characters played, the photoshopped images and appreciate our favorites as real people, things might not have to be so grim. Everyone’s got bad days and as long as they’re not being completely and unreasonably awful, live and let live.

You can watch the full interaction here

We continue to enjoy all the little stories coming out with Brendan and hope there’s many more to see! Let us know what you thought in the comments and I shall wish you the best day, dearest of Pandas!

People have shared their favorite Brendon Fraser films, as well as expressing their love for the actor. Let us know your thoughts in the comments!